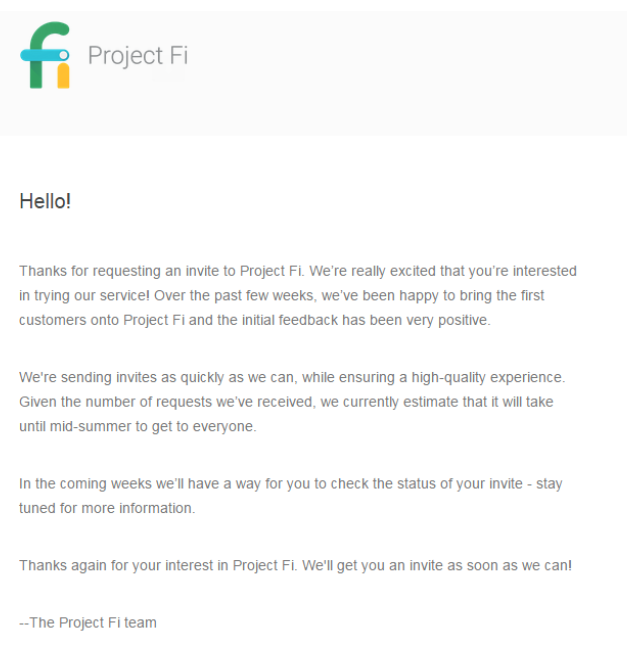 Earlier this month, Google began sending the first invites to users for its Project Fi wireless carrier initiative. Users receiving invites have been rare so far and this evening Google sent an update email to those who requested an invite at launch. Unfortunately, the email being sent to users today doesn’t include an invite, but rather only an update on the process of the rollout.

Google says in the email that it is working diligently to send out invites, while also being sure to provide a quality experience for users. Google says that based on the number of requests it has received for Project Fi, it expects to send everyone invites by mid-summer.

Google notes that the initial feedback from early Fi users has been very positive. Over the next few weeks, the company promises to give users a way to check the status of their invite for the service.

Project Fi was unveiled after many rumors last month and is Google’s take on an MVNO. For $20/month, Project Fi offers users unlimited talk and text. Data runs $10/gigabyte and is sold at a pay for what you use method. More details are available in the official Project Fi announcement post.