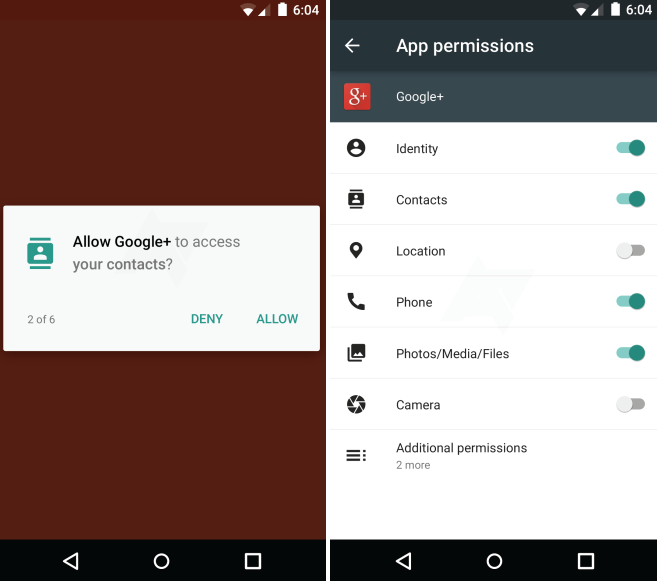 Earlier this year, a report emerged claiming that Google was planning on giving Android users more control over app permission settings. At the time, it was rumored that Google would add the ability to give users the ability to manually select what pieces of information to which apps have access. Android Police today corroborates the report from earlier this month and offers up a few more details…

Today’s report claims that with more control over app privacy, Google plans to remove the requirement that users accept all an app’s privacy requests before installing. Instead of mass accepting all permission requests, users would be asked permission with a series of dialogs within the app itself. Whether or not users would have to view all the requests immediately after opening the app for the first time or if they would appear on a need-by-need basis remains to be seen.

In addition to in-app control over privacy, Android Police notes that app permissions will also be accessible via an interface in the Settings app. Users will have the ability to toggle individual permissions on a case-by-case basis via this interface.

More detailed control over app permissions is expected to be introduced alongside Android M at Google I/O later this week.