This is what text selection actions look like in Android M

There was a lot to digest in today’s Google I/O keynote but one small, interesting new behavior change of note going into Android M is a new text selection floating toolbar, as you can see in the GIF above.

Whereas in the past primary actions of Cut, Copy, Paste, as well as other app-specific actions related to selecting text would probably be saved for a contextual action bar (an example of which is below), developers who want to keep their apps up-to-date with platform changes will now utilize this new toolbar which appears just above the text selection area. As you can see above, pressing the More icon will reveal a secondary menu where developers can add their own extra actions; the company in its design documents provides the example of Share, Search, and Translate actions appearing within the secondary menu in Gmail.

Another interesting system behavior change in Android M is a battery management tool called “Doze,” which we detailed in our Android M roundup, that disables most background activities when the OS detects that the device has gone unused for an extended period of time. The company says this has resulted in upwards of 2x longer standby time for Android devices running M versus those running Lollipop. 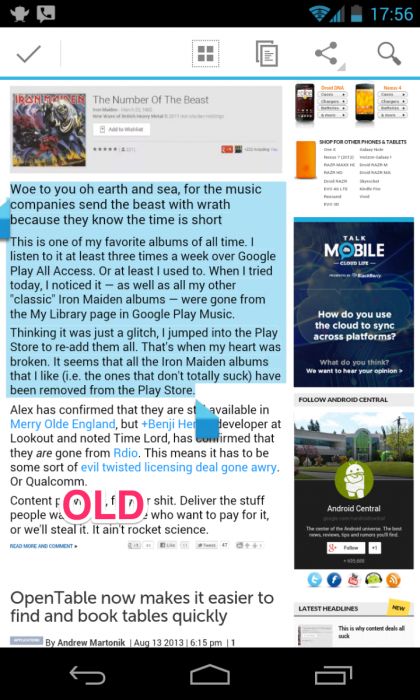 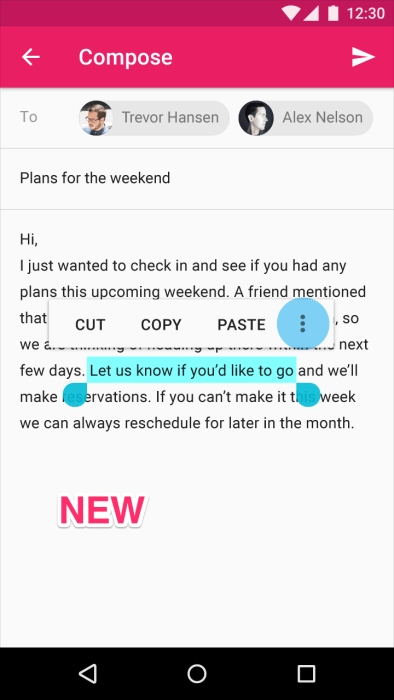 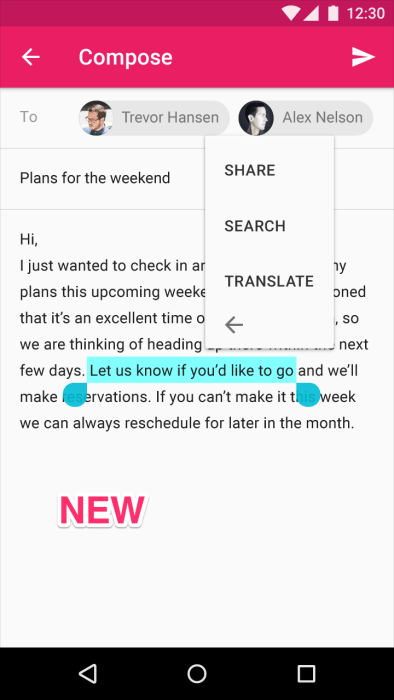