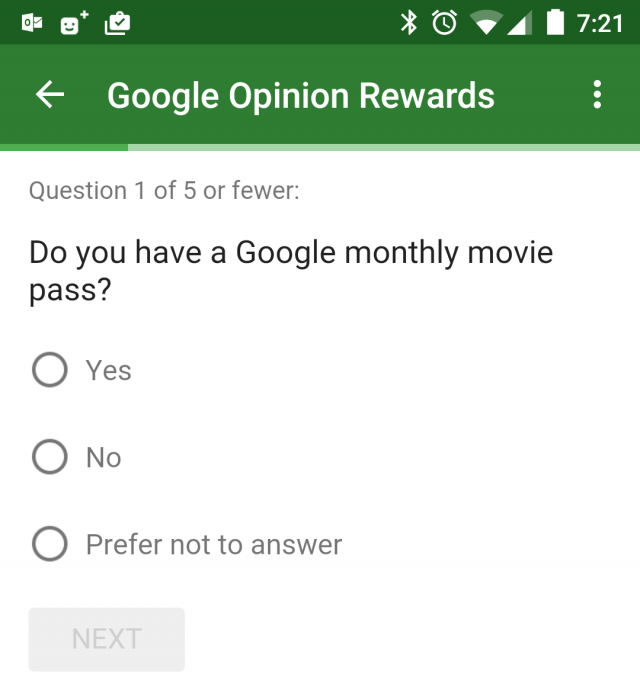 Google’s Opinion Rewards surveys are home to a variety of different types of questions, but Google+ user Hugo Seijas today received a question that was a bit puzzling. The question reads, “Do you have a Google monthly movie pass?,” even though Google offers no such thing as a monthly movie pass.

As Phandroid points out, Google sometimes inserts test questions in Opinion Rewards surveys in an effort to catch users who just quickly tap an answer for each question, trying to gain the reward as quickly as possible. The issue with this question, however, is that it is so vague it could confuse the average user. The average user could interpret a Google monthly movie pass as simply having Netflix installed on their Android phone, for instance.

It would make sense for Google to be planning a launch of a movie subscription service. The company, of course, offers Play Music All Access, which is its streaming music service. The idea of a similar video streaming service is not far-fetched by any means. Google would be able to compete with the likes of Netflix and Amazon in the market as it already has deals with many of the major studios thanks to the Play Store.

Would you be interested in a Google Play Monthly Movie Pass? How much would you be willing to shell out for it?