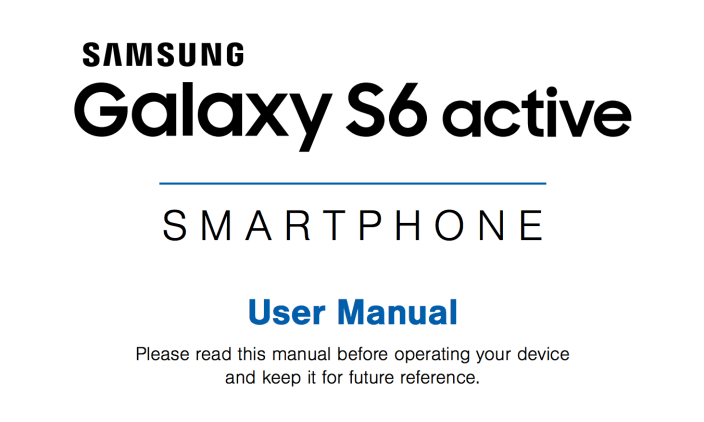 At this point we have to believe that Samsung just doesn’t care very much about keeping the Galaxy S6 Active – a ruggedized variant of the flagship Galaxy S6 – a secret, as information about the device has leaked multiple times already starting early last month. Today we get what is essentially a complete rundown of the device in the form of its user manual, courtesy of none other than Samsung US.

The manual, clocking in at 108 pages, includes everything from information on Samsung’s custom interface on top of Lollipop to how to install the SIM card and customize the function of the “Active” key found on the side of the device. 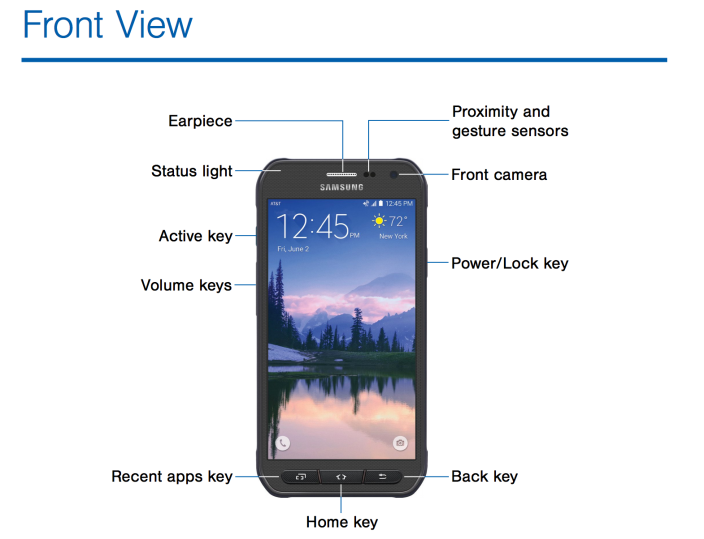 Since this manual is coming straight from the dragon’s mouth, we feel it safe to consider all the details within official and confirmed, so let’s go through the top-line specifications. The S6 Active has a 5.1″ 2560 x 1440 Quad HD Super AMOLED display, an Exynos 7420 octa-core processor, 32GB of non-upgradable internal storage, 16MP rear and 5MP front-facing cameras, and unlike previous rumors suggested, the battery is staying the same as the S6 at 2,550mAh. All of these internal specs are pretty much the same as the standard Galaxy S6, actually.

Aside from that it lacks, as we expected, a fingerprint sensor or touch-sensitive buttons in favor of rugged hardware keys, but preserves the heart rate sensor and interestingly weighs just as much as its standard counterpart. The manual shows off the S6 Active in both Camo White and Titanium Black paintjobs, though we still expect there to be a green camouflage variant as was the case with its predecessor, the S5 Active.

With this phone having already been submitted for FCC approval, which typically happens when a device’s specifications and hardware design are set in stone, and considering the launch of its predecessor in June of last year, we should be seeing this device officially confirmed by Samsung pretty soon.