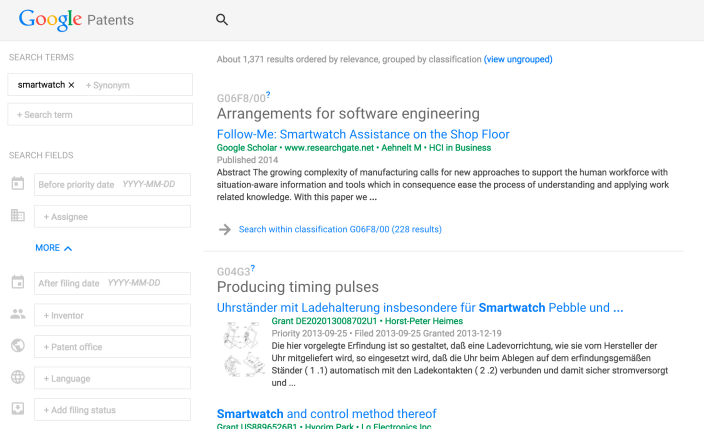 Google is launching a new version of Google Patents today, its web app that lets anyone search for references in patents to better assess if their own invention or patent application is already covered by another.

The new Google Patents site has a fresh user interface that Google notes should make searching easier while offering more fine-grained controls for advanced search fields. In addition, Google is integrating Google Translate, allowing searches for foreign patents and documents in English. And perhaps the most important improvement, Google is now cataloging non-patent prior art from a variety of sources:

Two of the biggest motivating factors for improving the service and adding the new features launched today include an increase in patent filings (up 600k applications last year), and patent trolls, according to Google: “litigation rates are continuing their dramatic climb, with patent trolls bringing the majority of cases, hitting companies of every size in industries from high-tech to main street.”

Google added that it hopes the new site “will make patent examination more efficient and help stop bad patents from issuing which would be good for innovation and benefit the public.”