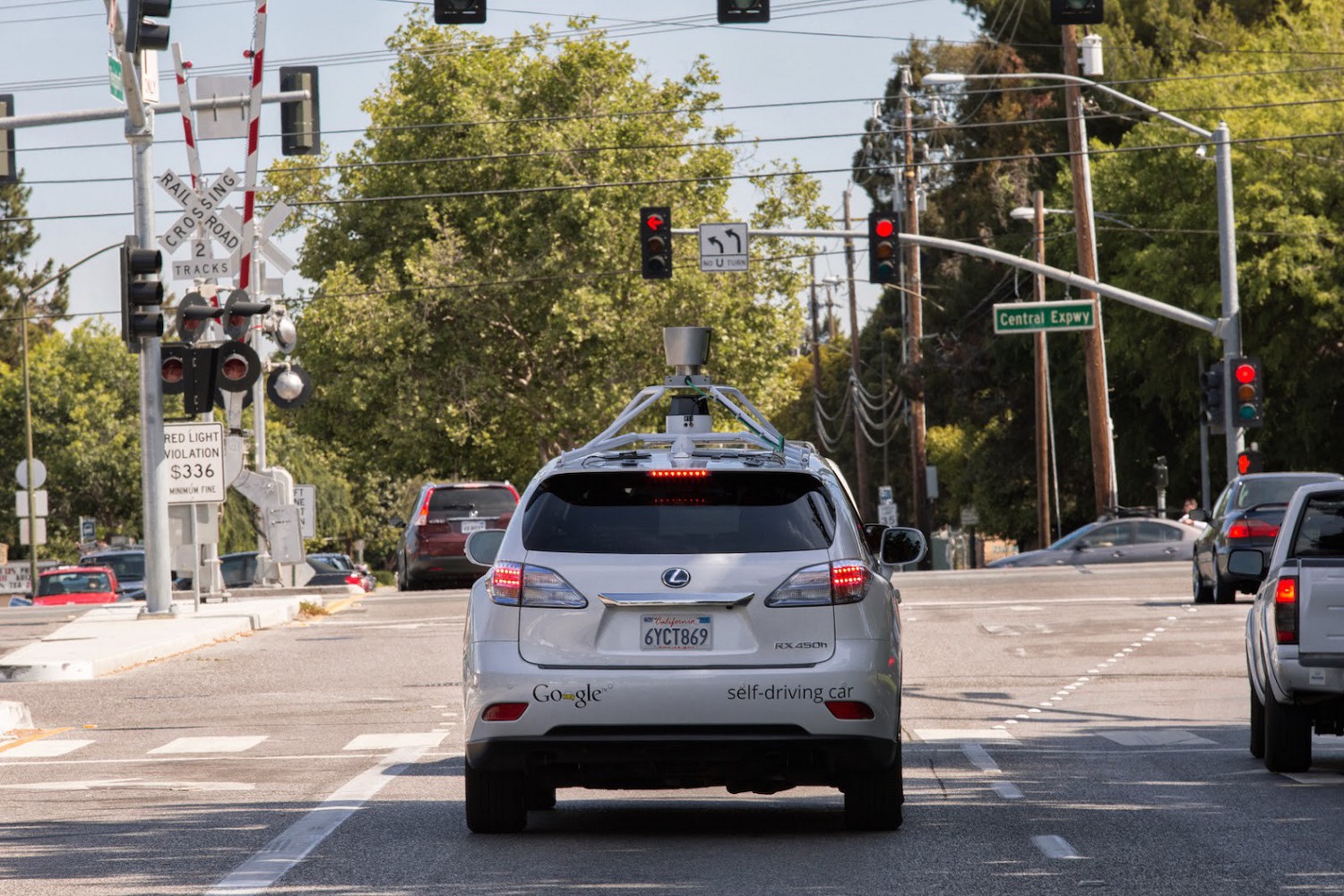 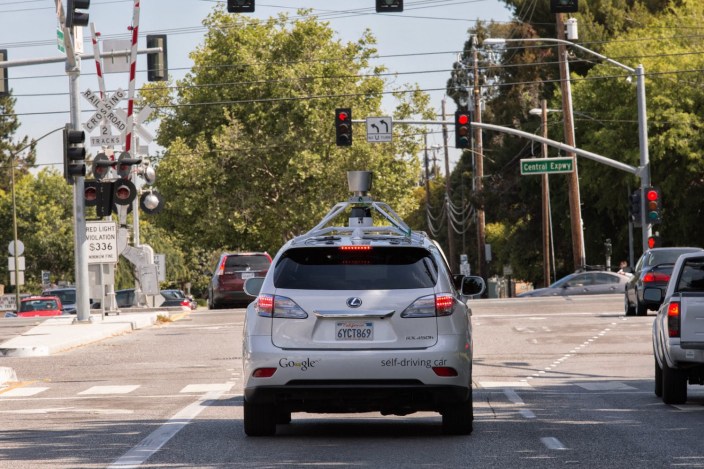 Sometimes there’s just no way of avoiding human error, especially from drivers in other cars. After all, if someone else is distracted, you can’t stop them running in to the back of you, regardless of the high-tech equipment you have in your vehicle.

The most recent collision, during the evening rush hour on July 1, is a perfect example. One of our Lexus vehicles was driving autonomously towards an intersection in Mountain View, CA. The light was green, but traffic was backed up on the far side, so three cars, including ours, braked and came to a stop so as not to get stuck in the middle of the intersection. After we’d stopped, a car slammed into the back of us at 17 mph — and it hadn’t braked at all.

Perhaps the most interesting part is how much data is being collected by the car’s sensors. Take a look at how it monitors all the other cars on the road. Cars on the other side of the road, and those driving across the intersection.

The Google car slowed down naturally, and the car behind was quite a way back. And yet, it still managed to crash in to the back of the Lexus. Thankfully it was only at 17MPH, but in some ways it helps Google a lot being crashed in to.

Being part of a collision helps Google collect data on how crashes occur, and more importantly, how often. Being hit “surprisingly often” raises questions about how many accidents are actually reported outside these tests. Collecting this data could help. Urmson postulates that many of the “bumps” that are reported in the Google cars may not get reported in the “real world”.

With their cars driving 10,000 miles every single week, Urmson hopes Google’s data can help add more accurate and realistic data to the National Highway Traffic Safety Administration’s database. In that way, giving them more accurate information and a better grasp as to what is actually going on, on the roads. So far they think that over half of crashes go unreported, and most of these a small collisions (like the one in the video), away from major highways.

On the other hand, maybe it can’t help. There’s always the possibility (however unlikely) that these vehicles, being unusual and catching attention, are the distraction to some drivers. What if the car hit them at 17MPH because the driver was fumbling around with their phone trying to take a picture of the car that drives itself. Or even worse, they see the autonomous vehicle and freak out. I mean, there are a handful of possible explanations. None of which a driver at fault would happily admit to. “Hi office, sorry I was trying to take a picture of his car to share on Snapchat” doesn’t sound too good. If any of the crashes happen purely because of the self-driving cars, then any data collected during those occasions is useless.

This is new to all of us. Before now, the very idea of cars driving themselves was science-fiction. I mean, I get distracted by seeing Google Street View cars driving about town, and they’ve been here for years.