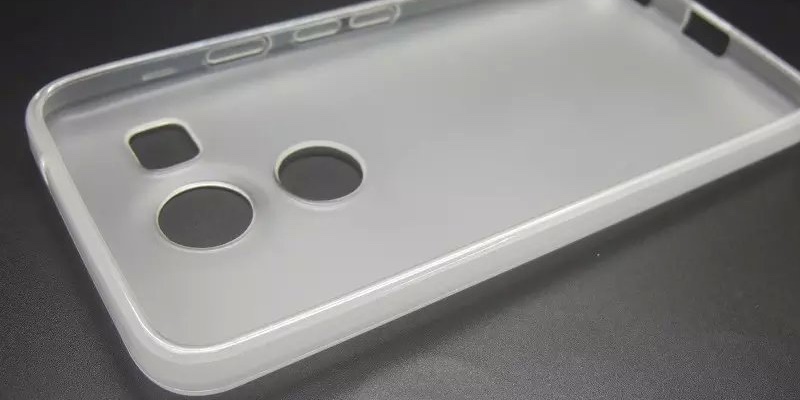 A couple of days back we saw a leak purporting to show the outline, or silhouette of this year’s rumored LG Nexus device. It had two circular holes on the back, along with a more square-shaped cutout. We assumed at least one of the circular ones was for a camera, but were unsure of the purpose for the second hole. If these recent case leaks are genuine, it seems less likely that the secondary round cutout is for a camera. Rather, a fingerprint sensor.

What we notice when looking at these cases is that the top hole, the one presumably for a camera, is slightly raised around the edges. This suggests strongly that we’ll see a protruding camera on the back. The lower cutout isn’t raised, but sits flush with the back surface. It also appears to be slightly smaller than the camera cutout.

Since its unlikely that a Nexus phone would have a home button on the front, we have to assume that there will be one on the back. Android M has built-in fingerprint support, and Android Pay will be launching this fall too. So we have to assume that any Nexus phone launching this year will be built with those features incorporated. The square cutout will almost certainly be for the LED flash, and perhaps a laser auto-focus sensor.

Another thing we notice, which wasn’t clear before, is that there seems to be two individual bumps for the volume buttons. This suggests we might see a Nexus device without a volume rocker switch, rather favoring separate buttons for pumping up (or turning down) the volume.

It’s rumored that the LG device will be launched alongside a bigger, more premium, metal Nexus phone made by Huawei. Its purported that Google chose Huawei as part of a bigger plan to help get its services more widely accepted in China, a country where the manufacturer has a strong influence.

We have a couple of months until these phones land on the market, so I’m sure we’ll see a few more leaks in between now and then to help make the picture a little clearer.