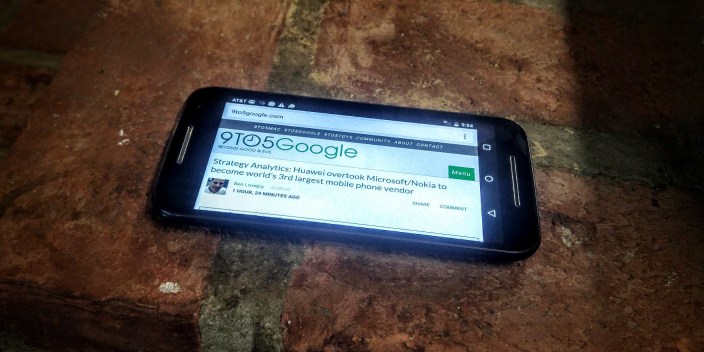 I’ve long been a fan of what Motorola has been doing with their smartphones and peripherals, and this week’s announcements are no exception. Both of the headphones Moto released, the Moto Surround and especially the Moto Pulse are top notch. I’ve been using the Pulse exclusively since the event and couldn’t be happier. They are so light that you forget they’re even on your head, while at the same time they have a mic for calls, a battery meter on your phone ,and they swivel so they pack flat. Oh and the sound is excellent – comparable to a $200 set of heavy cans from other mid/high tier vendors. At $60, the Pulse headphones are a no-brainer if you need light over-ears for a reasonable price.

I’ll get the bad news out of the way right off the bat. I switched from the Nexus 6 to the LG G4 (sans overlay) a few months ago as my daily Android driver. It is light because it’s plastic and a bit on the flimsy side.

All of the Motos released yesterday have big batteries and Motorola’s heavy-duty enclosures. The Moto G is no exception. It is “significant” at 155 grams, though definitely not a dealbreaker for me. Some folks comparing it with lighter plastic phones might see it as a turn off.

However, to get its price to an incredible $179.99, Moto dropped a few features, most notably NFC. That means no Google Wallet payments and quick Bluetooth pairing/file sharing. The inability to make payments IS a dealbreaker for me. And that’s a real shame because everything else on this phone is fan-friggen-tastic.

The 5-inch screen is beautiful Gorilla Glass 3, and at almost 300ppi as close to “Retina” as I need without extra pixels for the GPU to push. Unless you are a big VR user, the screen is excellent for anything you need. The device, running Android 5.1.1, is also as responsive as you could expect from its Snapdragon 4-series processor. I don’t do high resolution/framerate games so I didn’t get to push this, but for every day tasks and even Angry Birds-type games, this is all you need. The lack of an overlay is a huge help. Vanilla Android all the way.

Moto put the 13 megapixel F2.0 camera with two-tone LED flash from the Nexus 6 in here. That’s where it belongs. It is a great shooter, but not flagship level like the Sony modules in the new Moto X line as well as Samsung, LG and Apple flagship phones.

I also like Moto’s camera software better than the Android camera. It feels quicker than the Nexus 6, and with the double wrist snap motion is almost instantly ready whenever you need it. Video is also excellent 1080P at 30FPS. Impressive for a budget phone. If you take a lot of video, throw in a 32 GB MicroSD card for a few bucks more.

Battery? All day 2470mAh and then some! I haven’t charged mine in 36 hours and it says I have another 11 hours left!

I know it sounds like I am gushing over what Moto does with their phone software, but it is exactly the right thing to do. Don’t touch the Android software that works. Add some smart innovations where you can help. The tap twice to invoke the flashlight is a genius move. The Moto Assist, Actions and Display are all helpful additions that don’t take away speed or functionality of the device. There is no bloatware here. We’ll deep dive into these features later.

And finally, making this (IPX 7 1 meter/30 mins) waterproof in addition to rugged solidifies this as the phone my kids will get. At $20 less than a base level iPod touch with a screen an inch bigger, way better cameras/flash/light, GPS, a phone that can be used in an emergency even without a SIM card – most kids will be better off with this device. 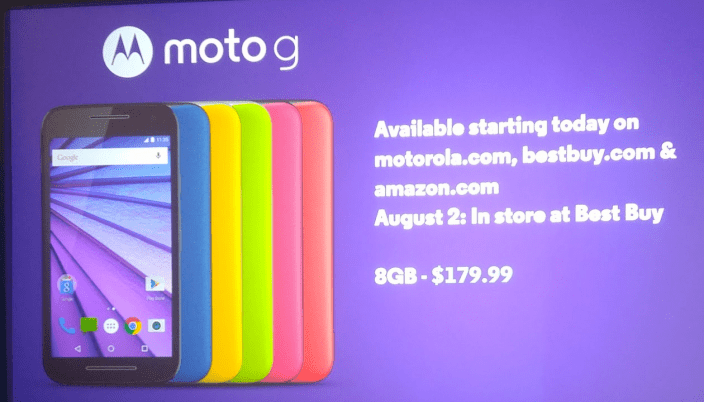 For folks who need a second phone, a burner phone, a development phone, a grandparents’ phone, a toilet/bathroom phone, a kiosk phone, a car-only phone of any kind or just don’t want to spend a lot of money (and don’t plan to make mobile payments), this is your phone. Get it for $179 or spend a little extra and get a 2GB RAM version with 16GB of storage (which I have for this review).