Yes, the day many have been waiting for in eager anticipation is finally here: Google has officially announced in a blog post that Hangouts version 4.0 goes live in the company’s Play Store today.Google’s post lets us in on some exciting things to expect with this release, notably the ability to receive and respond to group SMS messages with Google Voice integration and the revival of status messages, which were brought to the web and Chrome app last year (and were slated to come to Android in “a future release”).

The updated app most certainly does feel quite fast and responsive, although we admittedly haven’t had very much time with it yet. Group SMS support should be a pretty exciting addition for Voice users who’ve up until now had to deal with the frustration of receiving each response to a group message as an individual Hangouts message thread. Now they’ll all be properly grouped together. Group MMS, though, or actually composing group messages, isn’t part of this release and will come in a “future release.” And the status message feature takes me back to the days of AIM when I spent so much time at my computer that being away was so unusual I felt a need for the status message — now with smartphones we’re almost never inaccessible.

Performance, particularly speed and how much battery life Hangouts consumes with the new version (Google says it’s less than before), will take longer to bring a verdict down upon. But so far we’re impressed with the updated app. 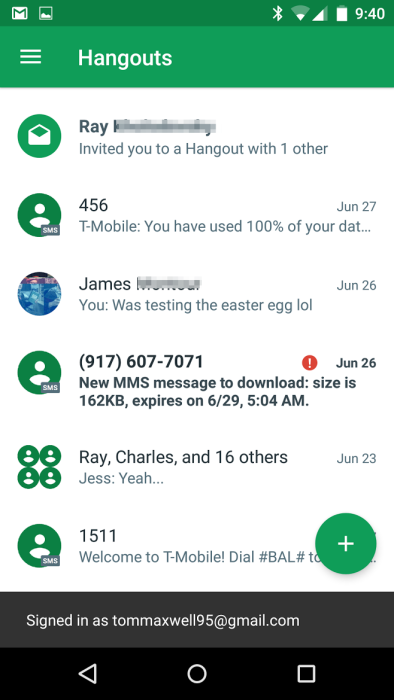 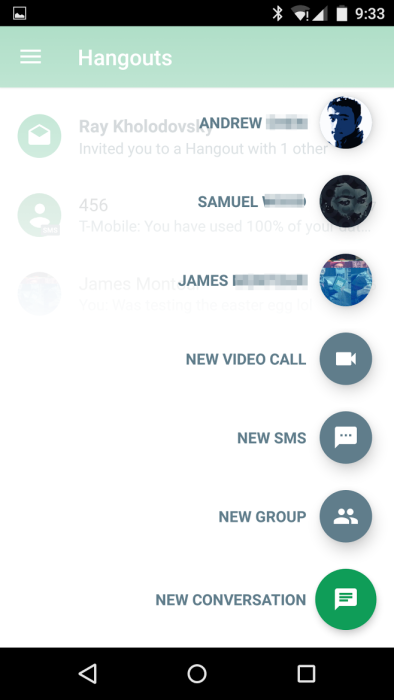 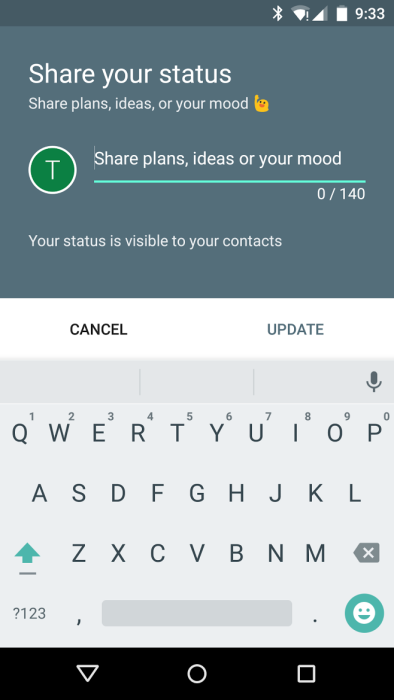 You can grab the APK from right now via APKMirror.