Samsung is showing ads to device owners through push notifications 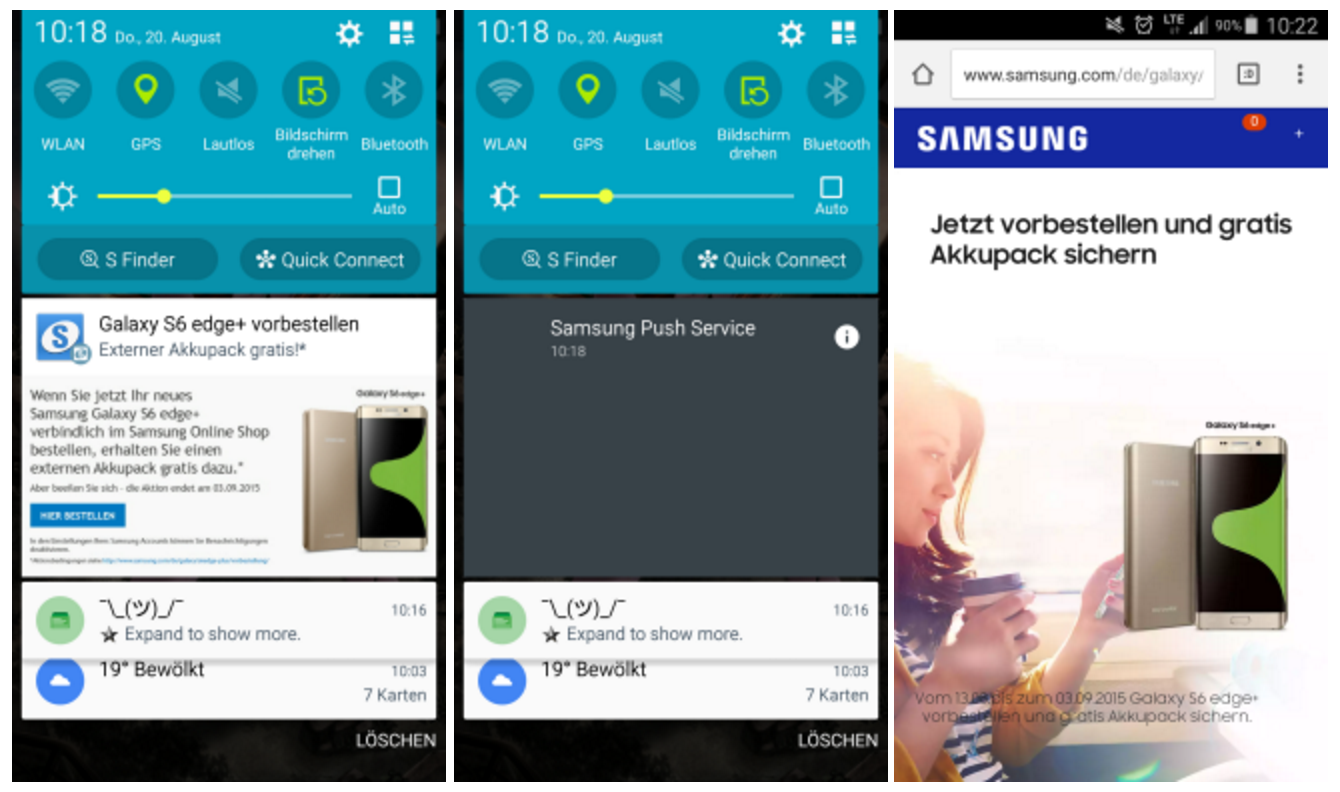 Not you too, Samsung. After reporting early this month that HTC was sending advertisements to owners of its devices through push notifications, it appears that Samsung is doing something similar.

Android Police is today reporting that owners of Samsung devices have reached out to the site to share with them screenshots of ads appearing in the slide-down menu that includes all their notifications. The ads — one for the Galaxy S6 Edge+ is pictured — appear inside cards that looks just like every other notification. They’re delivered via the Samsung Push Service, a piece of software Samsung pre-installs on its Android devices to send helpful information to device owners. Not exactly helpful this time, though.

We weren’t terribly surprised when HTC started doing this, being in the kind of financial straits they are, but it’s definitely surprising coming from a technology giant like Samsung. The company’s software is already notoriously bloated and known to kill running apps a little too quickly, so this is just another blow for a company that has only just began to produce great phones again after an uninteresting Galaxy S5.

Aside from people just not liking ads in general, much of the frustration here centers around the distrust it creates. While we pay for cable television and still see ads there, it hasn’t become acceptable practice to see ads in and around the gadgets we buy with our hard earned money. Hopefully OEMs (original equipment manufacturers) don’t think they can make it okay.