Explained: Here’s exactly what happens when the Note 5’s S Pen is put in backwards [Teardown] I’m sure by now, you’ve all heard about Samsung’s “design flaw” with the Galaxy Note 5. If you stick the S Pen in backwards, which you should obviously NOT DO, it will get stuck and in most cases damage the S Pen detection mechanism. Please don’t do this. It’s not a fun experiment and you will likely ruin your $800+ smartphone to a point where it’s not fixable. Seriously. Just don’t do it.

On that note, I was curious to find out why this permanently damages the Note 5, so in the name of science I decided to do some research. Thanks to my friends over at uBreakiFix, we now have some pretty interesting teardown photos of a Galaxy Note 5 that suffered from this issue and an explanation on exactly what happens when you stick the S Pen in backwards…

I won’t even mention Sylusgate, SPengate, Pengate, or any other ridiculous term the media has dubbed this issue. It’s an unfortunate design flaw, but in the end it comes down to being a user problem. Of course, there are circumstances where a backwards S Pen insertion may accidentally happen, but aside from those random (and likely minimal) instances your S Pen and Galaxy Note 5 will be fine. JUST DON’T STICK THE DAMN PEN IN BACKWARDS. Are we clear?

It’s also important to note that this issue is mentioned in the Note 5 user manual, but it’s not something we’re used to even thinking about/dealing with. It also would probably have been a very simple fix/redesign in the Samsung labs to prevent this problem altogether. But here we are and this is a thing. This was never an issue on previous generations because of the internal and S Pen design. This is specific to the Galaxy Note 5.

Instead of complaining about this being a thing, I was more curious as to what happens that renders certain S Pen features useless. Why does sliding the S Pen in backwards completely ruin an important part of the Note 5’s functionality? Let’s take a look inside. 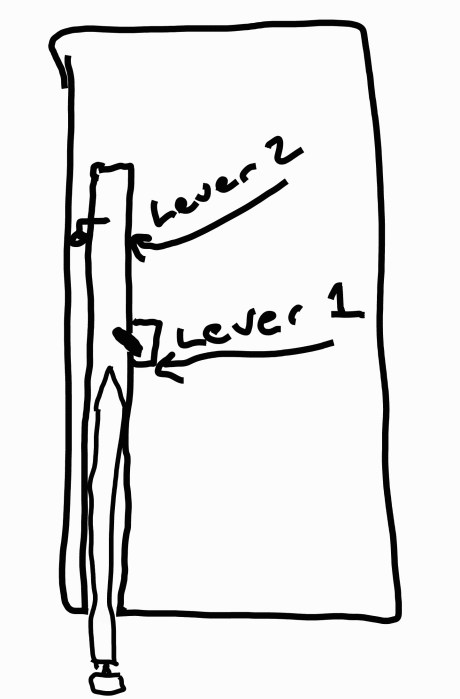 Inside of the Galaxy Note 5, there’s a small little plastic lever (about 3/4 of the way) that is triggered by the S Pen which then tells the phone whether or not it’s securely in the hole (we’ll call this Lever 1). It sits beneath the main logic board to the right of the S Pen and is angled upwards. That little lever is important to the S Pen detection, which in turn controls features on the Note 5: Screen-off memo and the Air Command menu. But that’s not even how the backwards S Pen gets stuck. More on that little lever later. 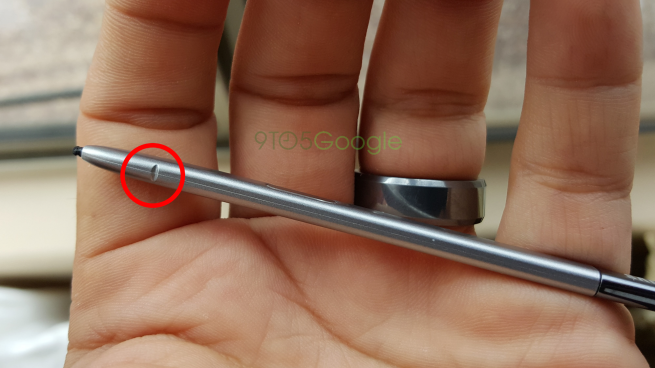 Above that first level/switch is another plastic lever (we’ll call this Lever 2) that lines up with two little notches (shown above) on either side of the S Pen which holds it in place. So when you slide in the S Pen the right way, it will stay in. This is a good thing, but as you can see in the image below, sticking the S Pen in backwards will cause the top end of the pen’s “clicky side” to get caught behind that second lever. Due to how much space is available in the S Pen’s hole, you can imagine that removing it from this situation can be quite difficult and you would be correct. So what do you do if your S Pen gets stuck this far up? Your guess is as good as mine. The funny thing is, in order to access this space inside of the phone, you’d need to have the S Pen removed to take it apart far enough to remove the S Pen. So once it’s there, your only option is to perform a delicate wiggling act to hopefully get the S Pen’s “clicky end” out from behind Lever 2. It’s really tough.

Once Lever 2’s situation is dealt with, you’re faced with another set of issues. Remember Lever 1? Yeah, that little lever is gonna be problematic now. These levers aren’t an issue when inserting the S Pen properly because the tapering of the pen’s tip prevents it from getting caught, but once that clicky end of the S Pen passes them, it’s all over. 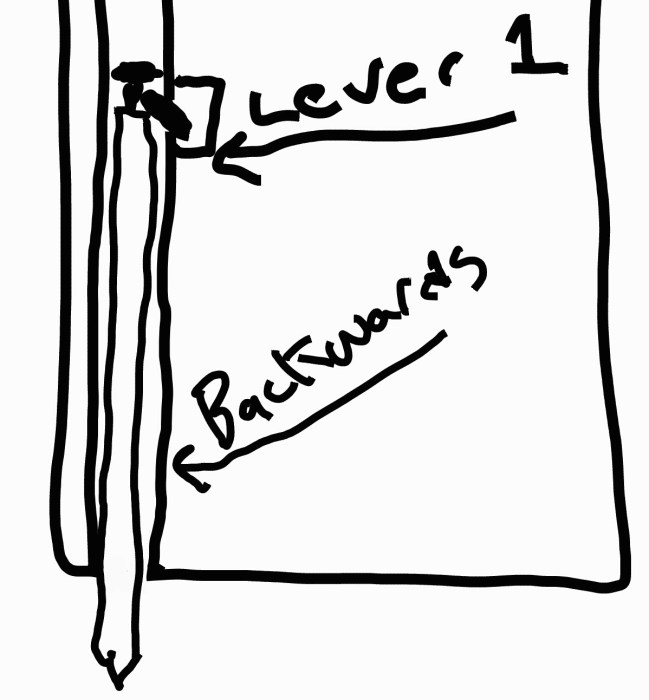 Pulling out the S Pen out at this point will likely damage this lever. It’s plastic and housed inside of a component that’s soldered to the main board of the phone. I spoke with the repair experts at uBreakiFix out in Peoria, AZ and it would be very difficult to fix. It’s something that would really need to be handled at a company level and let’s face it, Samsung would likely just replace the device instead of attempting to remove/solder anything so small from the main board. 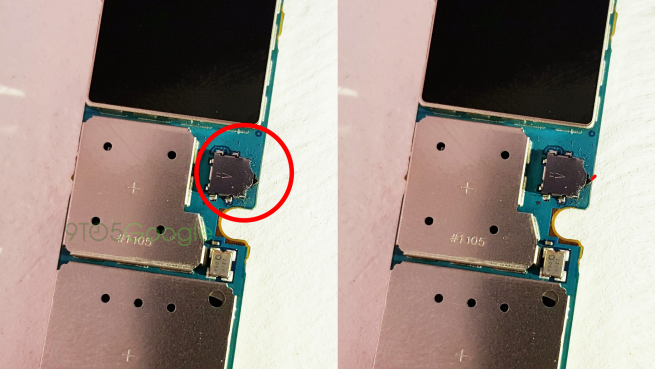 Lever 1 broken (left) vs what Lever 1 should look like (right – marked in red).

Anyway, if you happen to tug hard enough (which isn’t very hard at all) on the S Pen once you’re past Lever 2, because it’s a thin little piece of plastic it will probably break as it did in the case of the Note 5 in the image above. Once that little lever is broken, there’s no restoring the S Pen detection functionality. In fact, fiddling around inside of the hole with any tools could further damage this lever if you hadn’t already during the backwards S Pen removal process. 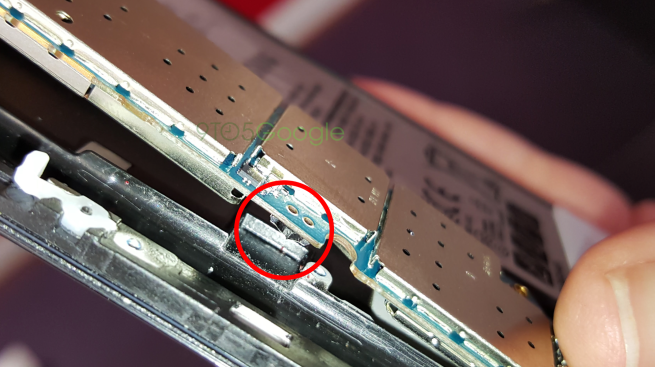 Another shot of the broken lever.

Again, Lever 1 controls the S Pen detection functionality. Once it is broken, you’re essentially screwed out of this functionality. Does this ruin the Note 5’s experience once broken? No, but it will essentially kill the Screen-off memo feature that has been promoted by Samsung. Also, your Note 5 will have no idea if there’s an S Pen inside, so you’ll have to go into the Settings app and disable S Pen Detection in order to use it and have the menus pop up when you click the side button. You’ll also loose the automatic Air Command menu that pops up upon ejecting the S Pen. 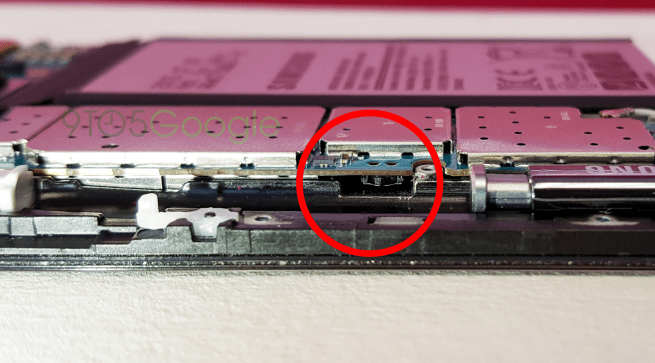 So what have we learned here? First up, avoid doing this at all costs. Don’t even test it. I realize that all of these articles explaining the issue could make it hard to resist, but just be smarter than that. I do agree that this is a bad decision in the design department and if no replacements will be issued (not that they should), this warning should be in a far more visible place than a manual I’d need to download in order to discover. 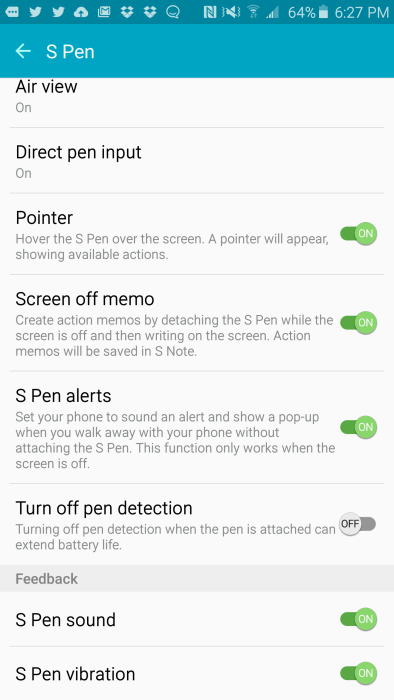 Once Lever 1 is broken, you’ll need to disable S Pen detection in order to use its functionality properly.

The fact still stands that this is just as much of a user issue as it is a design issue. The blame gets placed on both sides, but accidents will happen. Just as someone may drop their phone and crack the screen, someone may put the S Pen in backwards, but who’s to blame? I’m not taking sides here, I’ll leave that for you to decide. Be careful with your $800 smartphone and please don’t try this. It doesn’t end well.