The Moto X Style and Moto X Play only just recently launched last month, but it doesn’t look like Motorola is anywhere close to done for the year. Besides the fact that a slew of Moto 360 announcements are expected for this wek at IFA Berlin, it appears that the Lenovo-owned company is also preparing another smartphone for sometime later this year. It’s purportedly called the Motorola “Bounce,” and it sports a shatterproof screen, and specs very similar to that of the recent Moto X line. 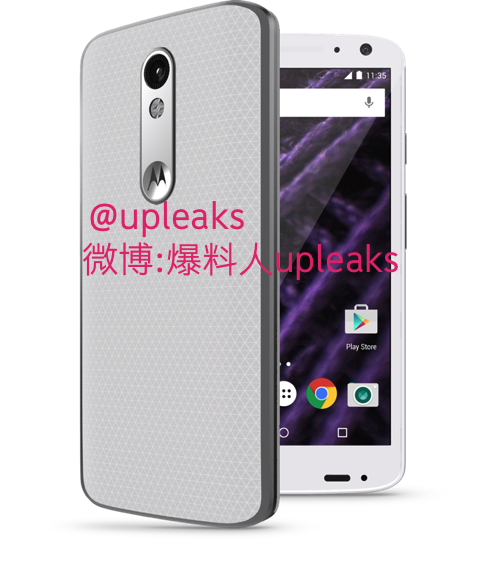 As you can see above, the phone definitely looks a lot like the Moto X Play. In terms of its specs, the phone is also not far off from what the company is already offering. According to Upleaks, the phone packs a 5.43″ QHD display, the Snapdragon 810 MSM8994 processor, storage options at 32 and 64 GB, 3 GB of RAM, a 21-megapixel main camera, a 5-megapixel front-facing shooter, and a 3760mAh battery. Also, the phone is purportedly shatterproof, perhaps why it’s called “Bounce”?