Notorious Twitter leaker @upleaks has this evening shared more images of an unannounced Motorola phone. The device is allegedly called the Moto X Force and carries the codename “Bounce” within Motorola. The first image and specs of the device leaked earlier this week, with Upleaks claiming that the device would launch to the public sometime in December.

The Moto X force allegedly features a 5.43″ QHD display, Snapdragon 810 MSM8994 processor, 32GB and 64GB storage tiers, 3 GB of RAM, a 21-megapixel main camera, a 5-megapixel front-facing shooter, and a 3760mAh battery. The reason for the Force name is that the device is supposedly shatterproof and ruggedized when compared to Motorola’s other smartphone options.

Visually the device looks a lot like the Moto X Play, but the shatterproof screen definitely sets it apart from Motorola’s other offerings. The Moto X Style and Moto X Play launched just last month, so it would make sense for the company to hold the Moto X Force for a December announcement, like Upleaks claims. 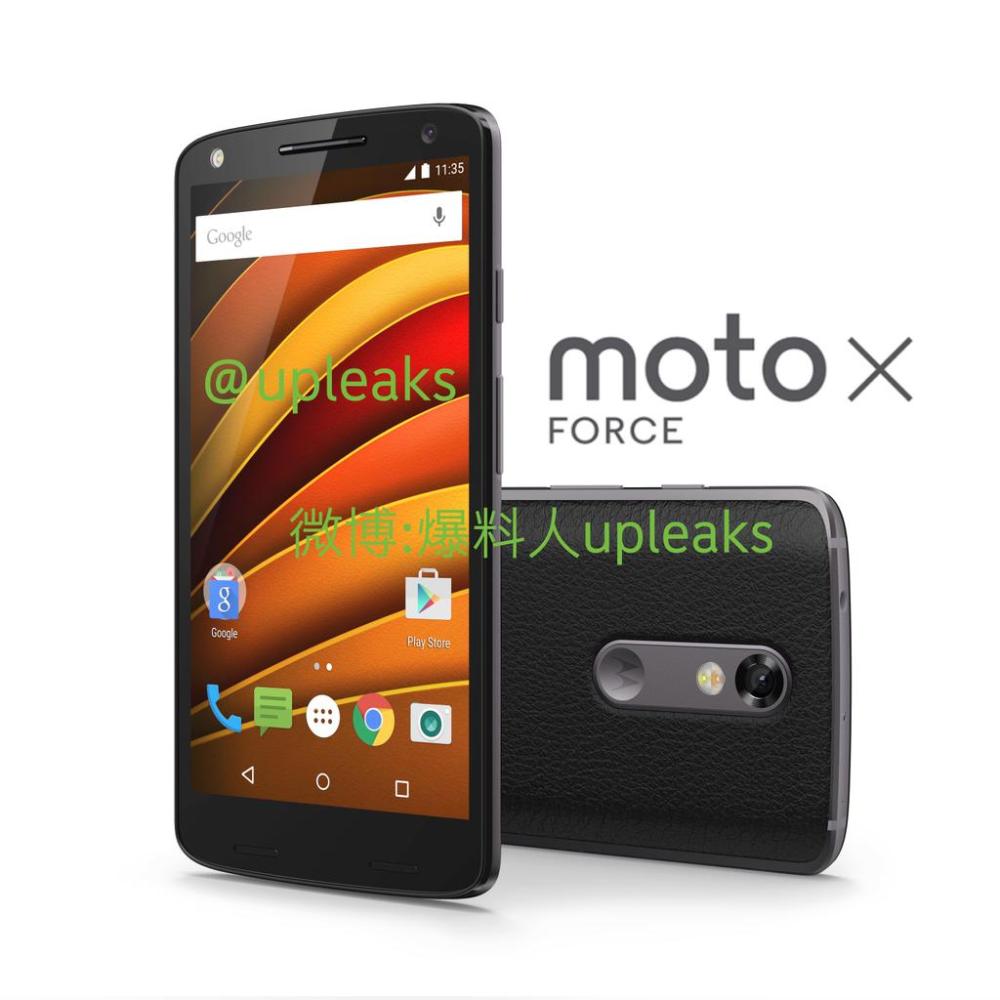