Developers who want to do unique things with Google’s mapping technology, like plot markers on a map from a content management system, can now do it more affordably. Several Maps APIs have been moved to a payment model where you pay just for what you need. 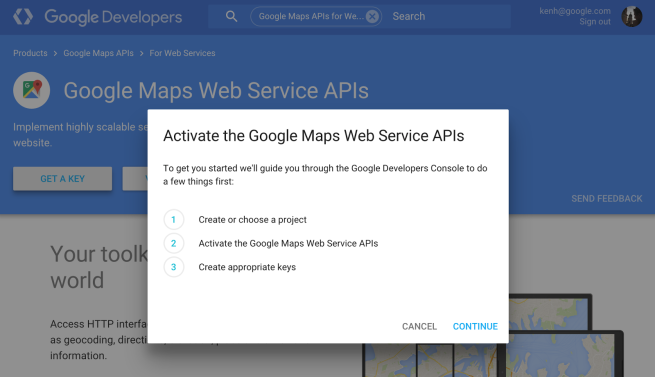 With the move, the following APIs will begin to cost $0.50 per 1,000 requests after the first 2,500 in each 24-hour period: Geocoding, Directions, Distance Matrix, Roads, Geolocation, Elevation, and Time Zone APIs. This price will stay in place until developers pass 100,000 requests per day. Beyond that large number, developers will need to contact Google to request a premium license.

Previously developers who exceeded the 2,500 per day cap had to contact Google about purchasing one of its premium Google Maps for Work licenses, now called Google Maps for Business, which has been quoted as costing as much as $10,000 per year (Google doesn’t publicly list a price). Basically the APIs are now accessible to a much larger portion of those who want to use them.