Rumored HTC One A9 could feature 10-core Helio X20 processor

Over the past few weeks, maybe even months, it’s been rumored HTC will release a new all-metal smartphone to join its lineup. The HTC One A9 is expected to take design cues from the One M-series, but so far, rumors and leaks have been less than convincing. According to a leaked screenshot, allegedly taken from Geekbench, the One A9 could feature a hugely powerful processor built by MediaTek, and feature 4GB RAM.

Although there’s still plenty of reason to be skeptical, it’s at least interesting to see these rumors crop up repeatedly about the same device. The device benchmark information shows that it has a 10-core MediaTek Helio X20 processor, the same chip found inside the recently announced Acer Predator smartphone. The chip is clocked at 1.96GHz, paired with 4GB RAM on a device which will purportedly run Android 5.1.1. 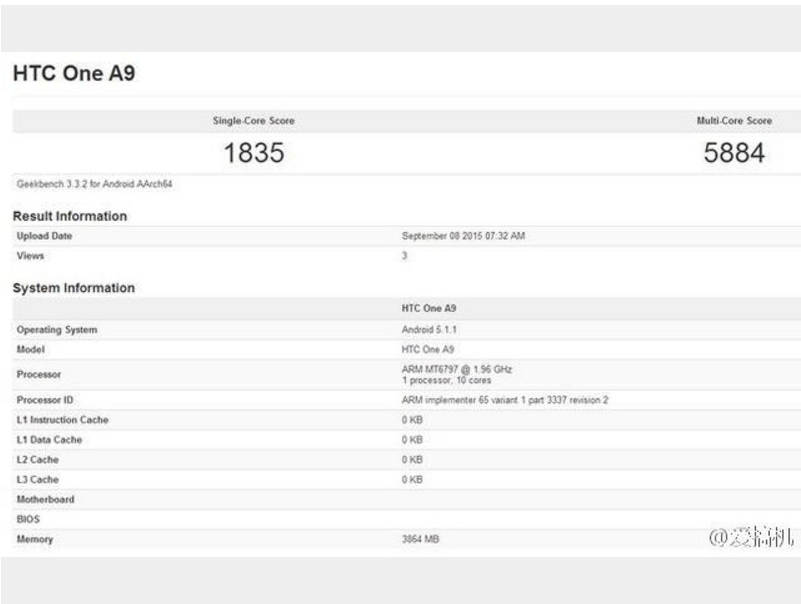 Twice in recent memory, an HTC event has been teased. Initially rumors predicted a September 6th event, while more recently, a September 29 unveiling was teased. With all this uncertainty surrounding the launch date, it’s worth taking any of the speculation, leaks or rumors with a healthy dose of skepticism. Early leaks were clearly faked, and there’s been a lack of any clear and reliable evidence surrounding the One A9. If today’s leak is anything to go by, a Helio chip could point towards an Asia-specific device. Having a launch event in Japan does nothing but corroborate that speculation.