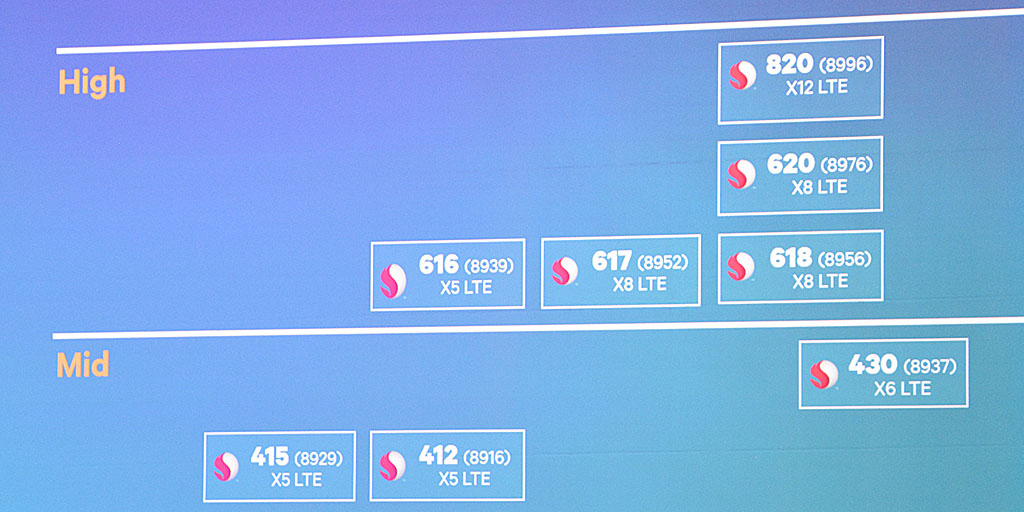 Qualcomm had already promised its top-of-the-range Snapdragon 820 chip – expected to be used in next year’s flagship Android smartphones and cellular tablets – will boost battery-life and offer great improvements to photos. Now the company says we can also expect much faster LTE-Advanced connections, and smarter, faster charging.

The Snapdragon 820 will increase maximum LTE download speeds by a third, from 450Mbps to 600Mbps. Maximum upload speeds will double to 150Mbps – currently viewed as an impressive download speed. And speeds could be even higher thanks to support for the as yet unofficial LTE-U standard …

LTE-U is a proposal to allow LTE devices to piggyback onto WiFi frequencies. To the user, it would appear that they were just getting super-fast LTE, but data would actually be transmitted via WiFi. It should be noted that both LTE-A and LTE-U require carrier support – the former likely to be widely available by next year, the latter very much unknown.

What does appear certain from launch is faster and more intelligent charging. Qualcomm says that while a typical smartphone takes 90 minutes to charge from zero to 80%, the Snapdragon 820, with Quick Charge 3.0, will allow the same charge in just 30 minutes. It will also ensure that the device draws only the power it can handle, reducing overheating and prolonging the lifetime of the battery.

The Snapdragon 820 is expected to be available in the first half of 2016.

Via (and image) Engadget