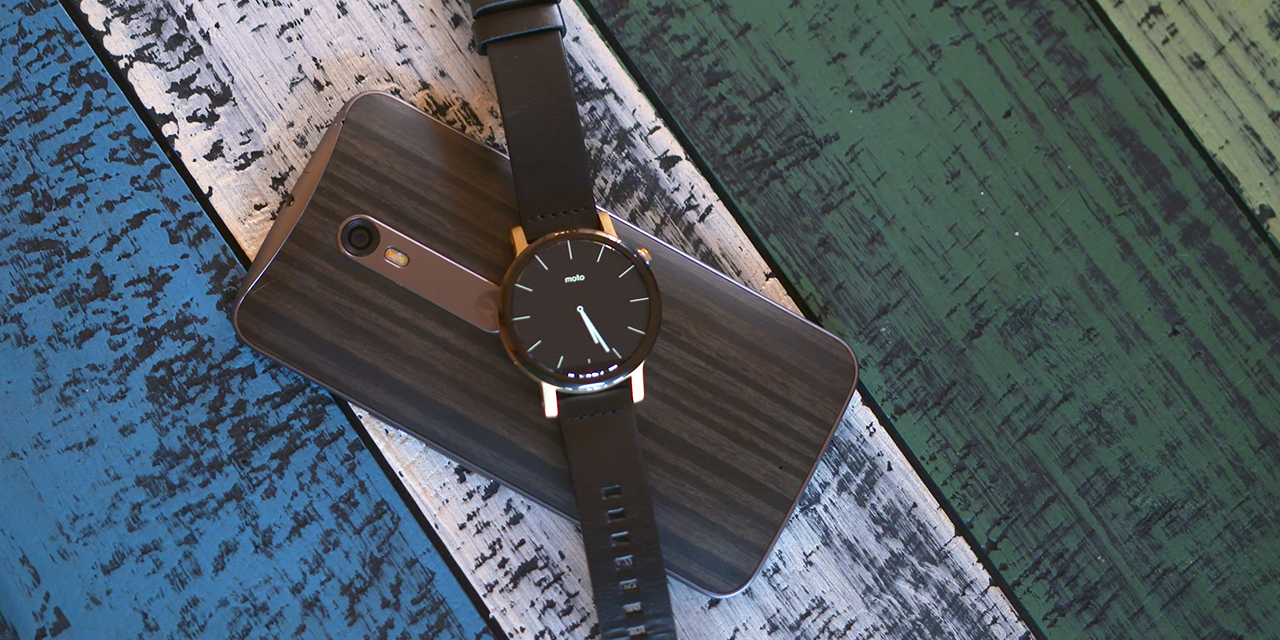 There’s really not a lot to say about this year’s Moto 360. It’s an Android Wear smartwatch, so there’s really not much different here over similar devices we’re seen over the last year or so as far as software goes. The real discussion with the 2nd gen Moto 360 is the design. What we have now is an evolved and matured version, but with one unfortunate similarity when compared to the first generation: that flat tire.

Like many, I was hoping that Motorola would eliminate this aspect altogether, but that didn’t happen. If you can look past the flat tire, which ultimately adds to some of the functionality here, there’s a lot to love about the Moto 360…

First off, like many new Android Wear smartwatches, the Moto 360 is now compatible with iOS devices as well. Motorola has also updated the specifications to line up with its competitors, namely the Snapdragon 400 processor over last year’s OMAP chip, but we also have 512MB of RAM, 4GB of storage, Wi-Fi support, and IP67 dust and water resistance. I would have loved to see an AMOLED display this year since the Gorilla Glass-covered IPS isn’t very power efficient and pretty damn bright. Nothing special here though, mostly what we’ve had with Android Wear from day one. If you’re not familiar with Android Wear, check out our Android Wear overview and recent Huawei Watch review.

Check out our Moto 360 (2nd Gen) unboxing and review video below:

This year, Motorola opted to go with two different sizes for its smartwatch. There’s a 42mm and the same 46mm version we’ve had. I’m personally a fan of the 42mm version thanks to its sharp 1.37-inch display (360 x 325) with 263 ppi, but Motorola claims the battery life may be slightly less than the 46mm model. In my experience, any of these watches will make it though a full day at minimum. Though the wireless charging aspect here may prove to be beneficial if you hate dealing with pin-based chargers plugs. 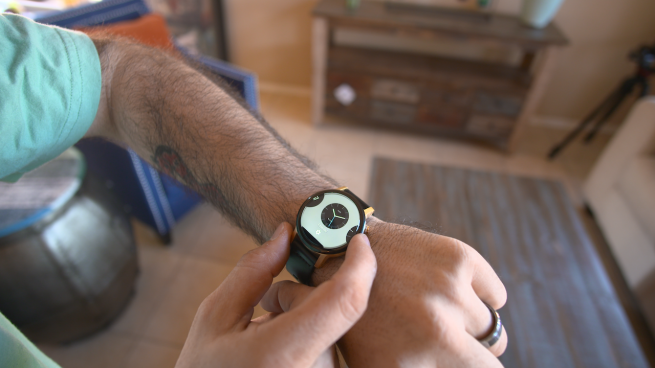 The new design features a pair of lugs on each end of the watch which definitely adds to its appeal and makes it easier than ever to swap out watch bands for your own custom look. Speaking of customization, you can completely customize the look of this watch using Moto Maker now, which I definitely love. I like the relocated side button as well as it’s a bit more comfortable to use and the bezel is very minimal, but like I mentioned earlier, you’re still dealing with the flat tire syndrome we’ve come to know from the first generation. This flat tire houses the sensors that allow for auto-brightness and the display drivers which keeps the bezel to a minimum. Like it or not, Motorola seems stuck on this design choice. 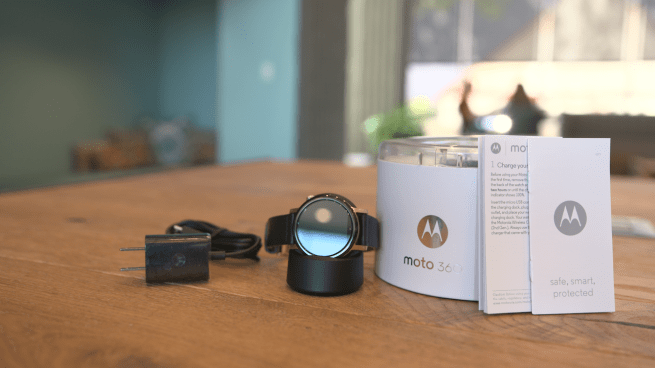 There’s really not much else to say here. Android Wear continues to be Android Wear and the design continues to evolve. Whether you’re a fan of this evolution is on you, but I personally think Motorola’s choices here are mostly good. Though I hope technology comes along enough within the next year or so to where the choices made won’t compromise the overall features and design.

It’s a good smartwatch though and you definitely won’t be disappointed. They’ve kept it relatively thin, slim bezels, and added more customization options. The 2nd gen Moto 360 starts at $299 and goes up from there depending on size and Moto Maker options, but with a sea of Android Wear devices, the decision becomes a bit trickier. Which one will you choose?