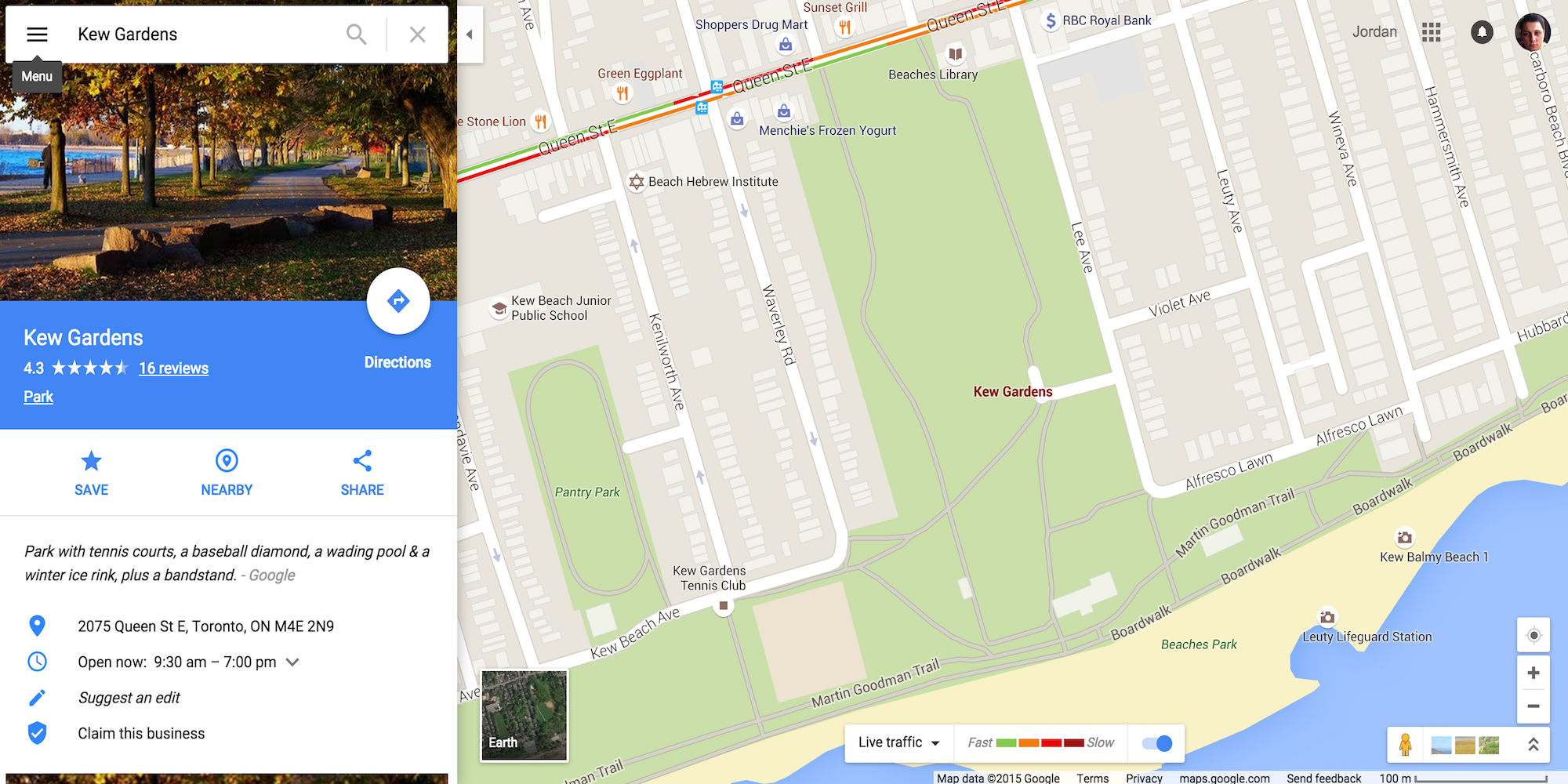 Above is a look at the new menu interface when searching for an address. The new design makes it easier to jump into Street View by clicking the large thumbnail that appears in the menu (no more dragging that little yellow person icon), and offers a much cleaner layout in general with quick buttons for directions, saving, sharing and searching nearby points of interest.

Here’s another look at the redesigned user interface when searching for directions:

As pictured above, the directions menu and other functions get similarly redesigned user interfaces in the menu.

Google hasn’t yet officially announced the update, but it appears to be rolling out to users as we speak.