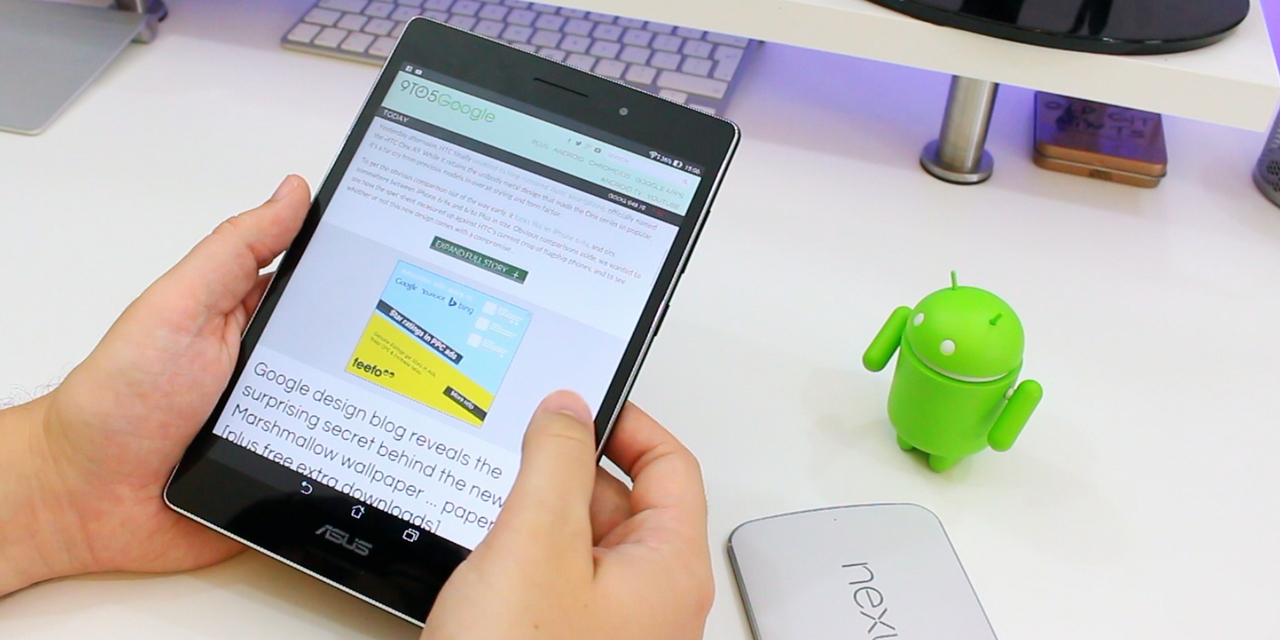 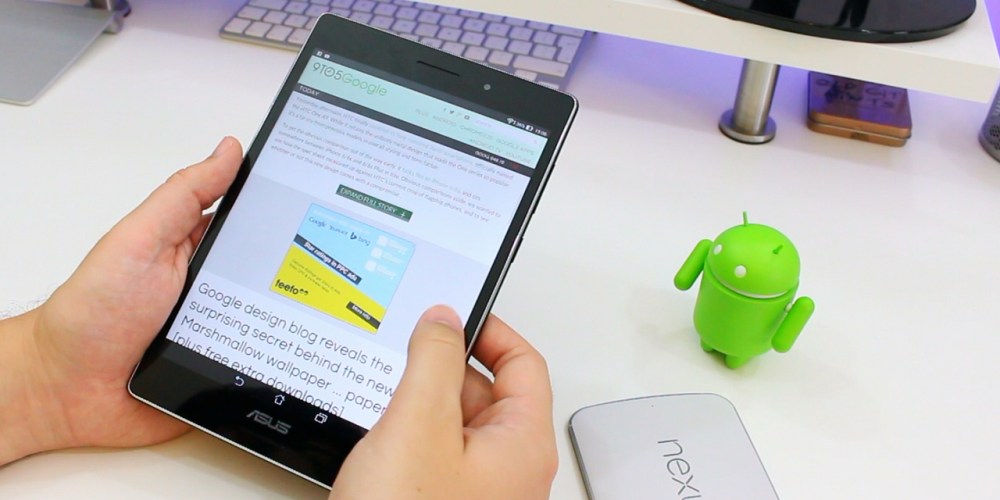 Android tablets are something of an unusual product. No one’s quite convinced that Google’s operating system has been adequately optimized for big displays, but slowly and surely, it’s improving. One thing you can say about them is that they’re normally good value for money. Never has that been truer than with the ASUS ZenPad S 8.0. It’s a small, portable tablet that only costs $200 and has a 2K resolution screen. For the money, there isn’t too much to complain about…

Kudos has to go to ASUS for the build and design of the ZenPad S (mostly). It’s incredibly slim, with rounded corners and edges to make it feel like there’s nothing in your hands. There’s no way to hold it where it’s uncomfortable. Most of the edges surrounding the tablet are covered in a grippy plastic material which feels great. The chrome trim around the front makes the device attractive, as does the metal panel on the back, finished with a hairline brushed effect.

There’s only one part of the design I really don’t like: The buttons. There are only two of them – the volume rocker and power button – and they’re just wrong. The power button gives no feedback at all, there’s no audible or tangible click to confirm that you’ve pressed it. Instead, you press hard and hope that it registers. The volume rocker gives a little click, but they’re both plasticcy and cheap. It may seem nit-picky, but most devices don’t have this problem. You don’t notice the buttons much because they work, and don’t make you work too hard.

While there was one-stand out negative in terms of design, the same cannot be said of the display. It’s fantastic. It’s only 8-inches diagonally, but packs in a resolution of 1536 x 2048. It’s an IPS panel and delivers some great quality images. Colors are great, regardless of where the are in the spectrum. Being LCD-based, blacks aren’t as deep as I’d like, coming off as more dark gray than pitch black.

At arm’s length, all content looks nice and sharp. Bring it close, and you’ll start to see some slight jagged-ness in text. It was only when I examined closely, on purpose, for the sake of this review that I spotted it though, and it’s not a big deal at all. What I did like is that this is a 4:3 ratio display, and not 16:9 like some tablets. That means you still get a decent-enough experience watching videos, as well as good-looking apps, books and web-browsing.

At times, the quad-core Intel Atom processor in the ZenPad S performs like a high-end device. It can be smooth, stutter-free and fluid. But that’s only some of the time. The model I was sent is equipped with 2GB RAM which may not be quite enough for a 2K screened device. I noticed stutter and lag every so often, especially during gaming and browsing while background processes were being performed. There would sometimes be a delay between the swipes and taps on the display, and the relevant action taking place onscreen.

That said, it’s nowhere near as bad as I was expecting for a $200 tablet. It wasn’t bad enough that I’d want to put the tablet down, or become frustrated. For the most part, it did well and handled all the tasks I threw at it. If you’re at all worried about performance and don’t mind paying more for a smoother experience, there is a 4GB RAM model which costs $299. Both the 2GB and 4GB models give plenty of storage (32GB and 64GB respectively). Both can be expanded using a MicroSD card.

Battery life is a similar tale. If it can actually get through the promised 8 hours use without dying, I’d be surprised. In use, the 15.2Wh battery seems to drain relatively quickly, particularly when gaming. Still it should get you between 3-4 hours screen-on time over the course of a day, but even with light use, I had to plug it in every other day, which is a lot for a tablet in my mind.

ASUS has loaded the ZenPad with a LOT of its own apps and software, which I’m sure it thinks are all necessary. I can tell you with some certainty, they aren’t. In all, I counted 42 after I deleted some of the pre-installed games. For the early tablet adopter, the installed software might come in very useful. Those customers who haven’t used a tablet before, might be glad of having so many useful applications ready to use. For me, I already have third party apps I prefer and wanted to install, leaving me with many duplicate apps taking up precious storage and screen real estate.

In all, the tablet is great value for money. It would be great if it was slightly thicker, to fit in a more spacious battery. I’d have no issue dropping $200 or £200 for it if I was looking for a budget tablet running Android. You can pick up the 2GB RAM model with 32GB storage for just $199 (£199 in the UK). Or, if you want the extra storage and RAM provided by the higher end model, you can get 4GB RAM and 64GB storage for $299 in the US.