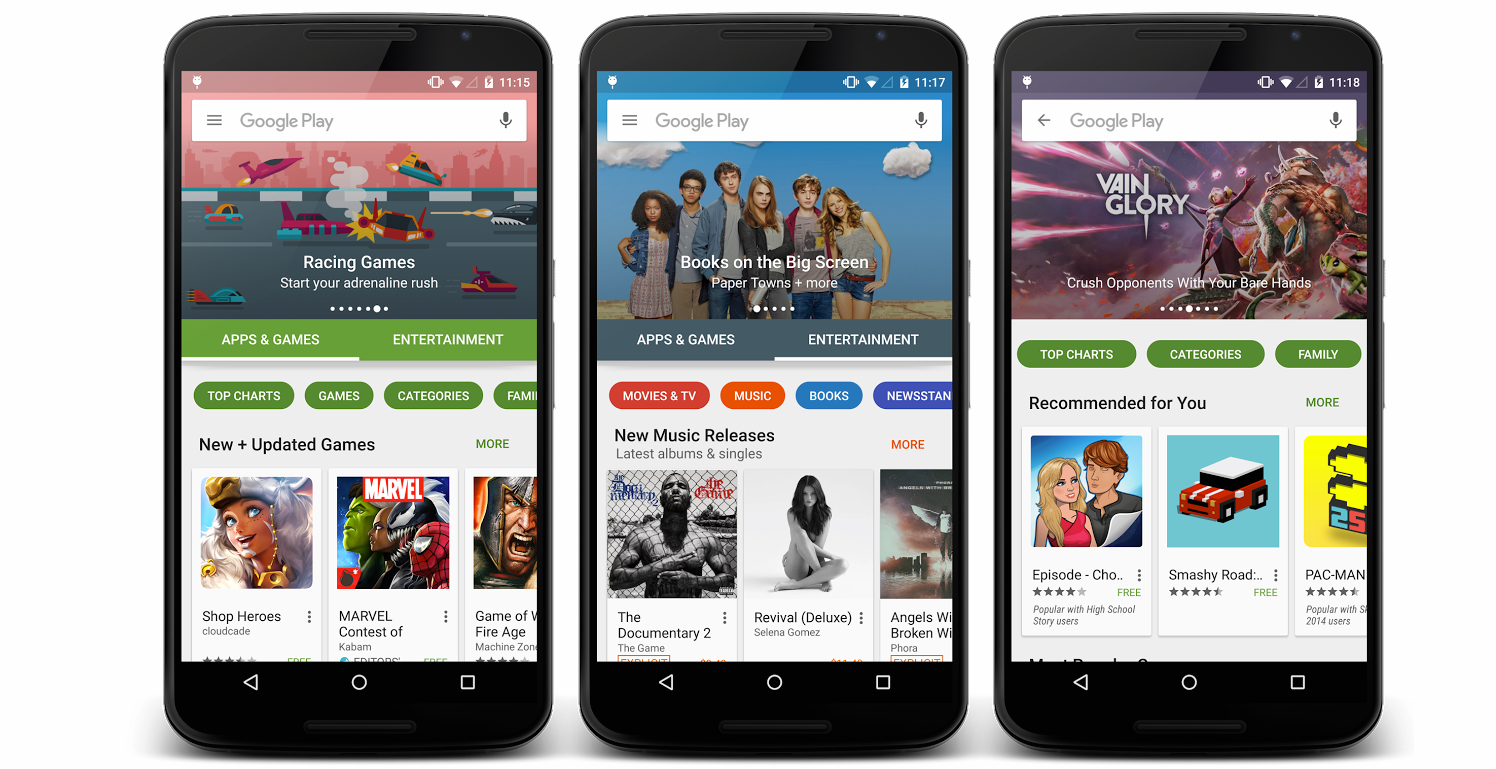 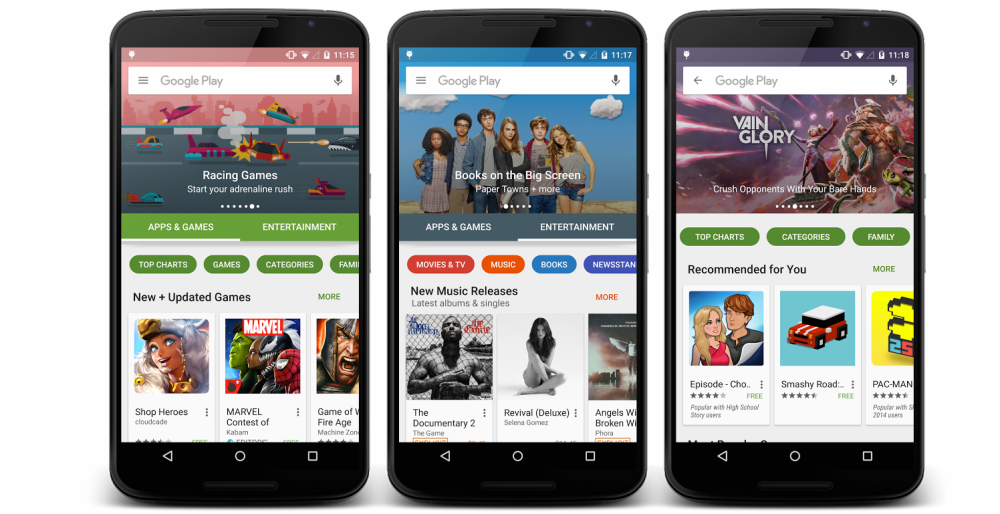 A short while ago, Google revealed a new redesign for its mobile Play Store which, among other changes, would separate apps and entertainment content. From today, you could see that new design hit, and when it does, you won’t be able to miss it.

In the redesign, a huge featured app carousel sits on top with the search bar, as well as two prominent tabs for ‘apps & games’ and ‘entertainment’. Underneath that, you’ll be served Material-design cards showing off some personalized recommendations. As you’d expect, the apps and games tab still has lists of the top downloads, games and categories, while the entertainment section has all the movies, music and books organized similarly.

The new store design has been hitting new devices since last night, but seems to be a staggered rollout. Android Central was among the first to report seeing the change.

As well as the obvious aesthetic change, Google has updated the Play Store to accept fingerprint authorization for purchases, similar to Touch ID on the iPhone. Availability is pretty limited right now. It only supports devices running Android 6.0 and, obviously, requires that they have a physical fingerprint sensor built-in. That limits it to the Nexus 5X and Nexus 6P, which aren’t exactly in everyone’s hands yet. As more devices with fingerprint sensors are updated to Android 6.0, however, this feature will roll out to more users.

Android Police notes that, by default, the fingerprint authorization option is switched off. If you have one of the new Nexuses, and the latest version of the Play Store installed, you need to access the Play Store settings. You’ll find the ‘fingerprint authentication’ toggle under ‘user controls’.