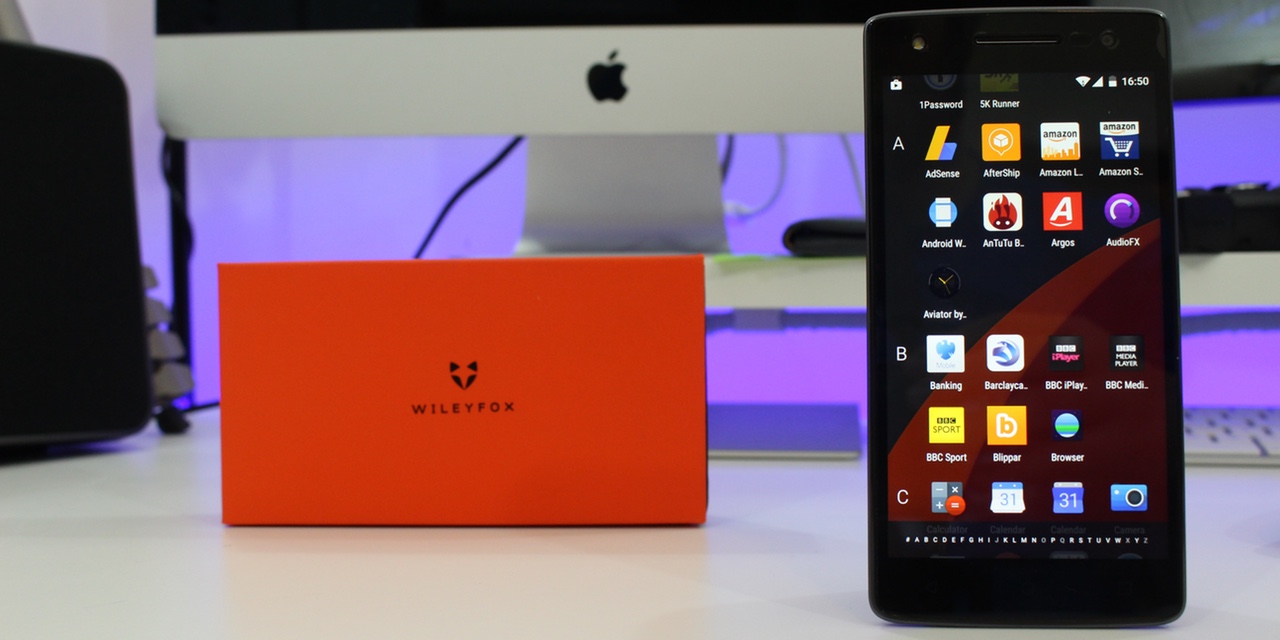 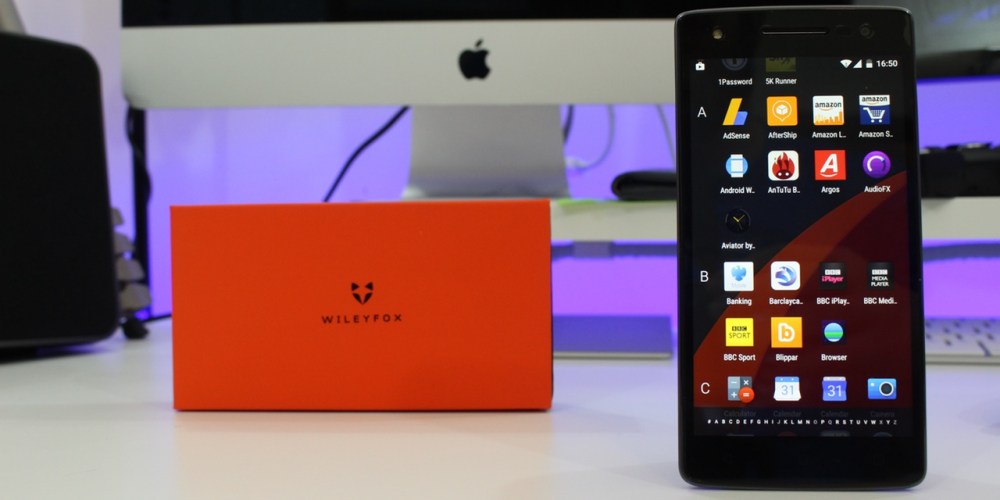 Recently, I checked out the Wileyfox Swift, it’s one of the best phones on the market in Europe at its pricepoint. This is the Wileyfox Storm, the company’s more expensive device that aims to bring flagship specs at an affordable price point. Before reviewing it at a later date, we wanted to unbox it and see what we thought of the smartphone on first impressions…

Unboxing the phone is a pretty nice experience. The box has the same grippy orange texture on the outside as the Swift and the outer sleeve slides off really smoothly. Over the phone is a protective semi-transparent sheet, and the Wileyfox Storm itself sits face-down on a tray and is protected from all sides by a protective foam frame.

In the packaging, customers can expect to find a flat USB to Micro USB cable with an exposed Type A end, wound in to a neat coil, very similar to the OnePlus cable. There’s also the most unusual SIM ejector tool I’ve ever seen and some booklets. There’s literally nothing else. No earphones, and no power adapter. Two unusual omissions, but nothing I haven’t seen before with devices launched to disrupt and save costs.

Like many modern affordable smartphones, the Wileyfox Storm has a dual-purpose SIM tray. It has two slots. You can either use it to store two nano-SIMs and have a dual-SIM setup, or use one SIM and an SD card. The 32GB inbuilt storage should be plenty for most people, but just in case it’s not, you can expand up to an extra 128GB.

The back has a soft textured finish. It’s not grippy, but it does feel nice in the hand. There are tiny bits of orange trim, the embossed fox logo and bright orange Wileyfox text. All of which look great.

Size-wise, the phone is pretty similar to the new Moto X Style. At 9.2mm thick, it’s not the thinnest device around. But the curve on the back makes it feel ergonomic in palm. The back also plays home to a 20MP Sony and large single LED flash as well as the large rectangular loudspeaker grille made up from lots of tiny machined holes.

The edges have a sculpted trim, all the way around, on the top and bottom, and the right edge plays home to the power and volume rocker, while the left houses the aforementioned dual-SIM tray.

On the front, there’s a large 5.5-inch full HD display with a 400ppi pixel density. On first impressions, it seems pretty sharp. Although, whites seem a tiny bit yellow and warm, you can adapt it slightly using the software settings built in to the Cyanogen 12.1 OS. It’s based on Android 5.1 Lollipop, but features many of Wileyfox’s own twists, like the unique app draw icon design.

Joining the display on the front panel is an 8MP front facing camera (with an LED flash) and the three capacitive buttons on the bottom lip. Within the settings, you can choose whether or not you want these buttons to light up and be used, or if you’d rather go with Android’s baked in virtual buttons instead.

Inside, there’s an octa-core Qualcomm Snapdragon 615 processor clocked a 1.5GHz. It’s paired with 3GB RAM and 32GB storage. There’s also a 2500mAh battery, and it’s non-removable. Sadly, that’s the same capacity battery as the smaller Wileyfox Swift. So it’ll be interesting to see how that affects performance.

As overall first impressions go, it reminds me a lot of the OnePlus One. It has similar specs, materials and has a similar price. At £200, it has competition. So, sadly, it may not reach the impressive heights of its more budget-friendly sibling. But still, we won’t jump to conclusions until I’ve spent more time with it. You can order the device now for just under £200 on Amazon UK. In the US that translates to roughly $300. At that price, you might want to hold on to your cash and maybe order the Idol 3, ZenFone 2 or just hope you get an invite for the OnePlus X.