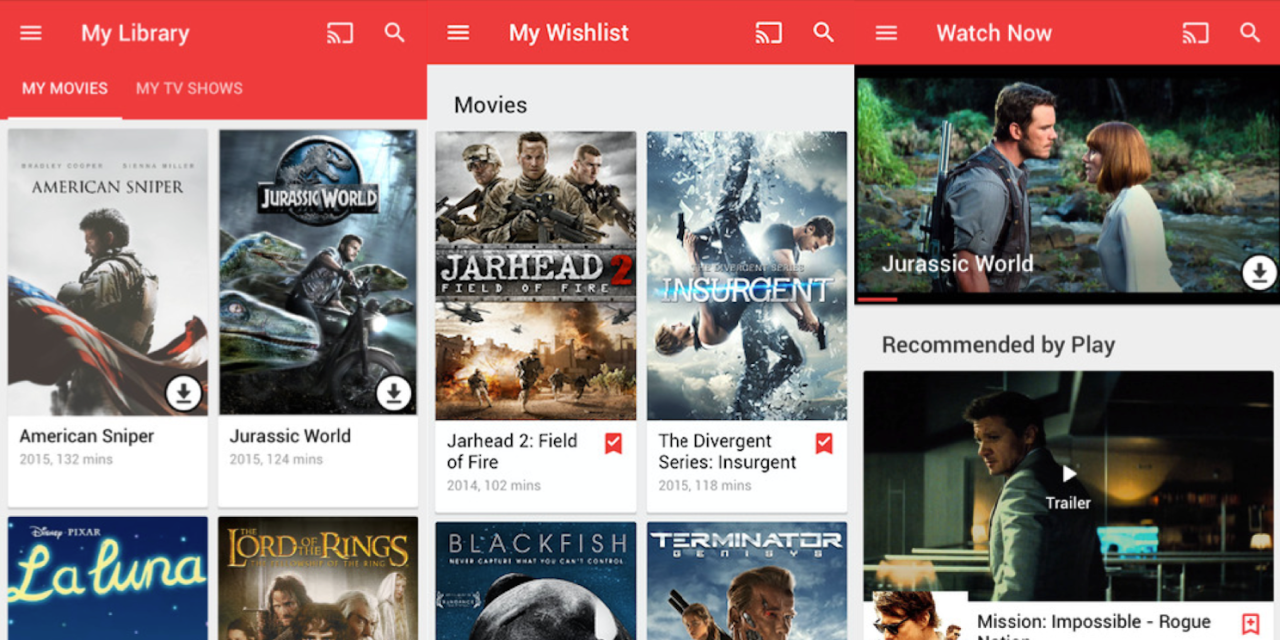 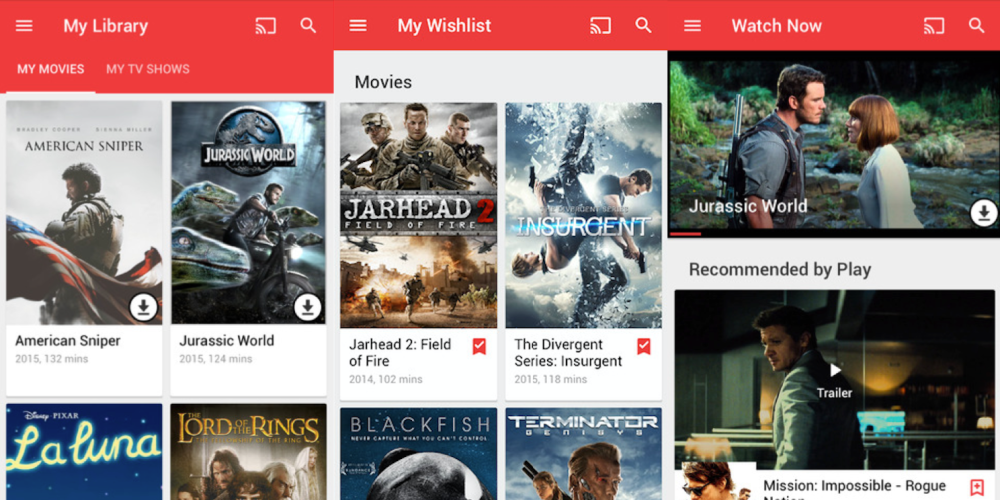 Google today has pushed a beefy update to its Play Movies & TV app on iOS that bumps it to version 2.0.7910 and brings several new features. The update gives the app a refreshed interface, AirPlay support, recommendations, and more.

Perhaps most important for iOS users, today’s Play Movies & TV update adds in-app support for AirPlay playback to Apple TVs. While this was previously possible using the main iOS AirPlay setting, it’s now supported in the app itself. This means that you can start a video in the Play Movies & TV app, AirPlay it to your Apple TV, and continue using your iOS device as normal.

Finally, Google has introduced a new “Recommended by Play” section in the app that suggests content for you to watch based on your past viewing history. There’s also a new wishlist feature that lets you save a movie or show to your account to revisit later.

The updated Google Play Movies & TV app for iOS is available now on the App Store for free. The full change log is below: