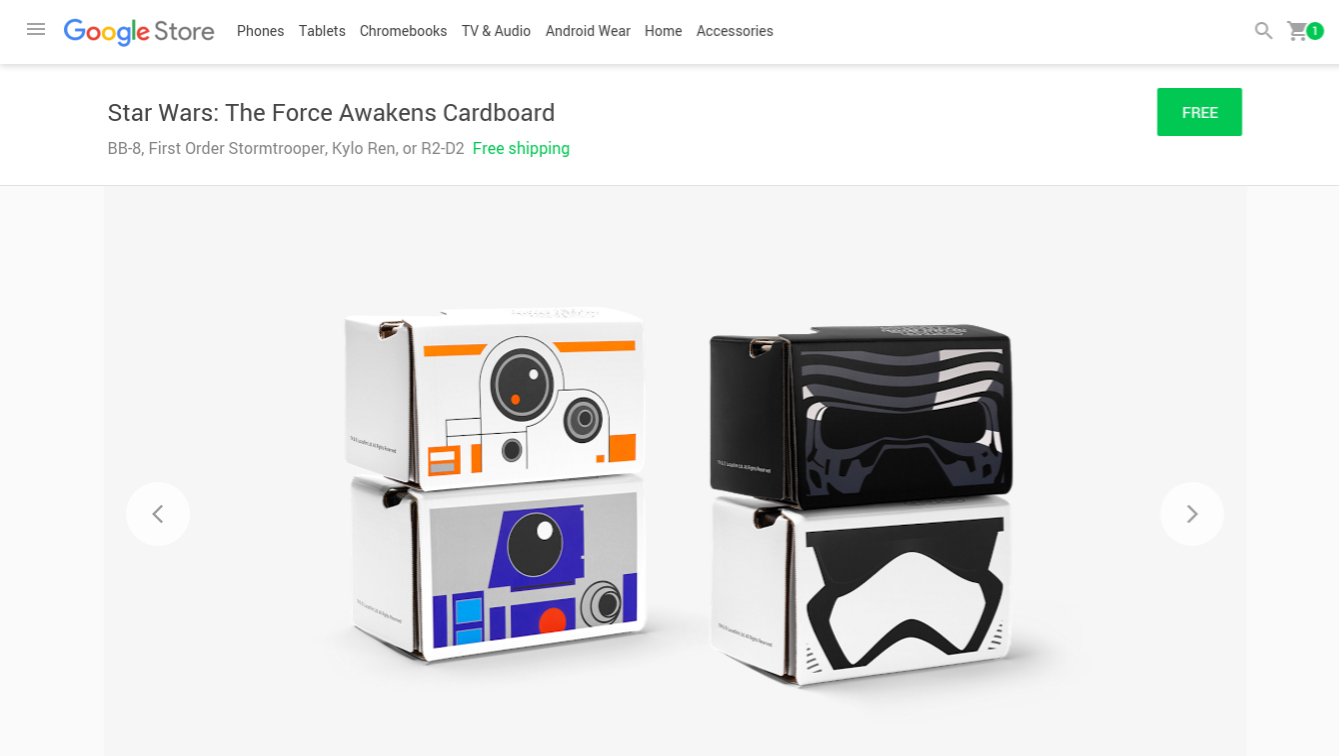 Update: To be out of stock they appear.

Update 2: The Cardboard viewers are back in the store. I was able to get one as of 12PM PST.

As we come to the weekend before Star Wars: The Force Awakens arrives, the movie tie-ins are hitting even harder. The Google Store is giving away free Star Wars-themed Cardboard viewers to anybody who wants one…

Four versions of the viewers are up for grabs, with a BB-8, R2D2, Kylo Ren, and stormtrooper design on the front. Their intended purpose is for the Star Wars virtual reality experience that ties in to the beginning of the upcoming movie. Those can be found in the official Star Wars for Android and iOS. This looks to be the newest version of Cardboard and can be used for other things including YouTube 360-degree videos and the recently released Cardboard camera app.

These Cardboard viewers are the exact same ones that Verizon was giving away weeks earlier in stores to their customers.

Shipping is free and all you need is to have a valid credit card on your Google account. There is a limit of one per account. Get yours today before they run out. They will certainly be a collector’s in the future.