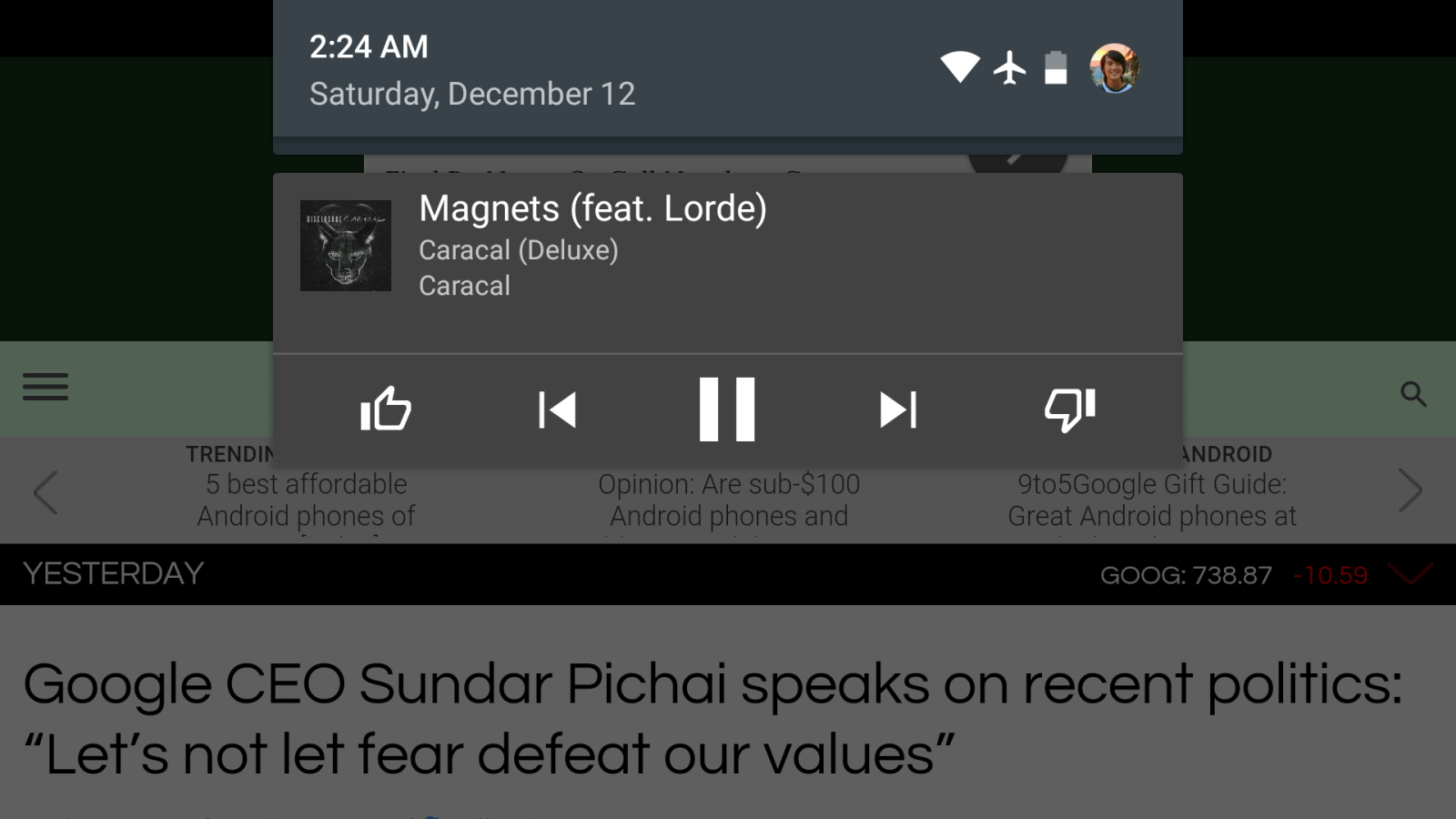 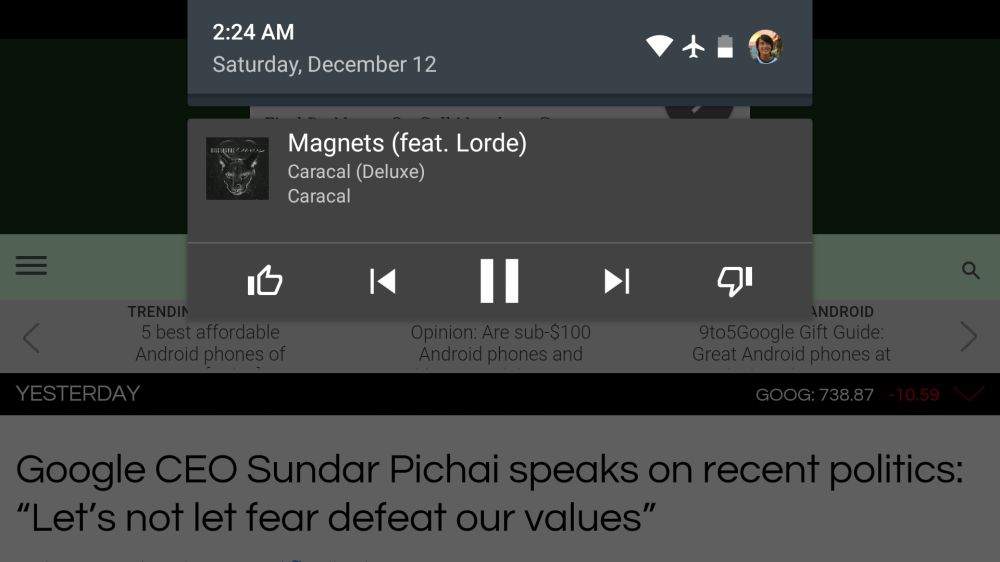 An updated version of Play Music for Android redesigns the music controls in the notification drawer. When expanded, the notification now features thumps up/down buttons. This is almost certainly an effort by Google to get a more accurate picture of user’s music taste.

When users open the updated app for the first time, there’s a new three pane splash screen highlighting Play Music features such as “OK Google” integration and curated radio streams. After finishing, it tells you more about their recently launched family plan that allows up to six members unlimited listening for $14.99 a month. 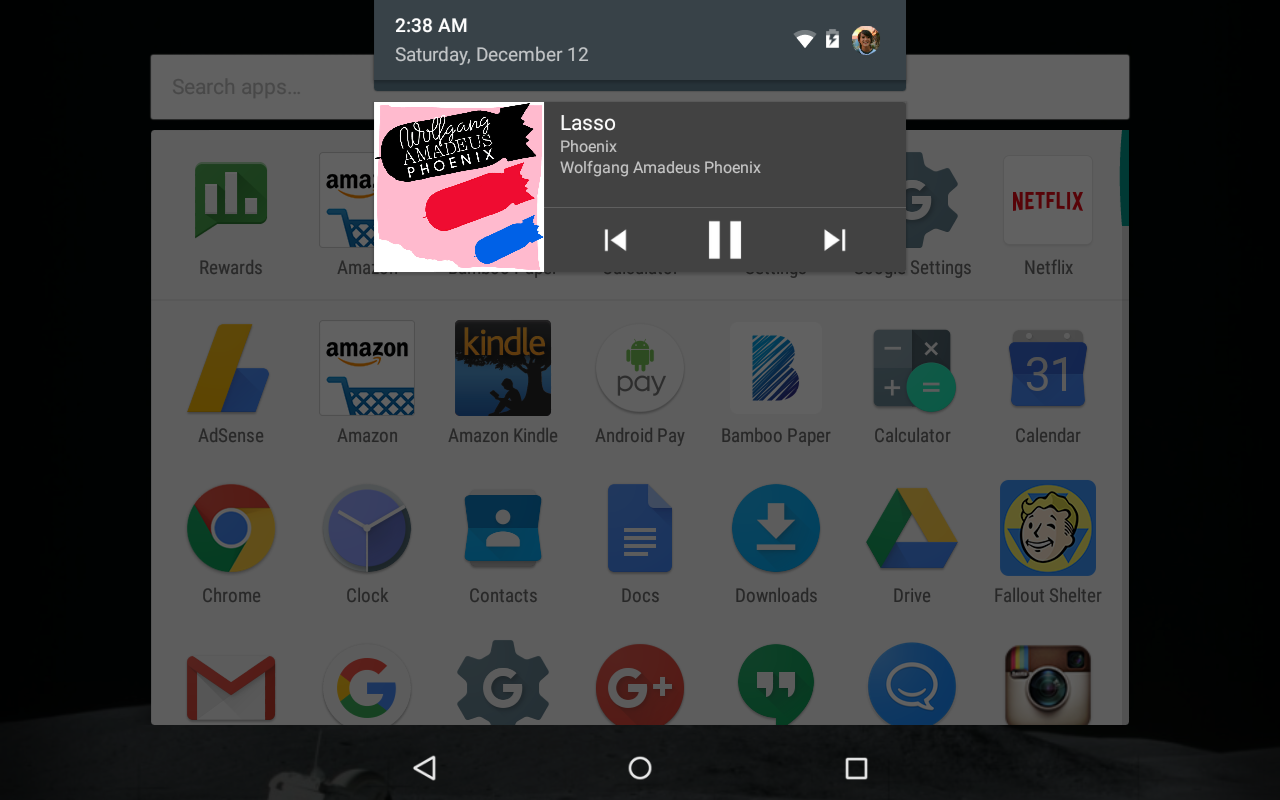 The addition of the thumbs up/down button is possibly an attempt by Google to get a better idea of users’ listening preferences, better enabling the service to make suggestions the user is more likely to enjoy. The app update is rolling out now.