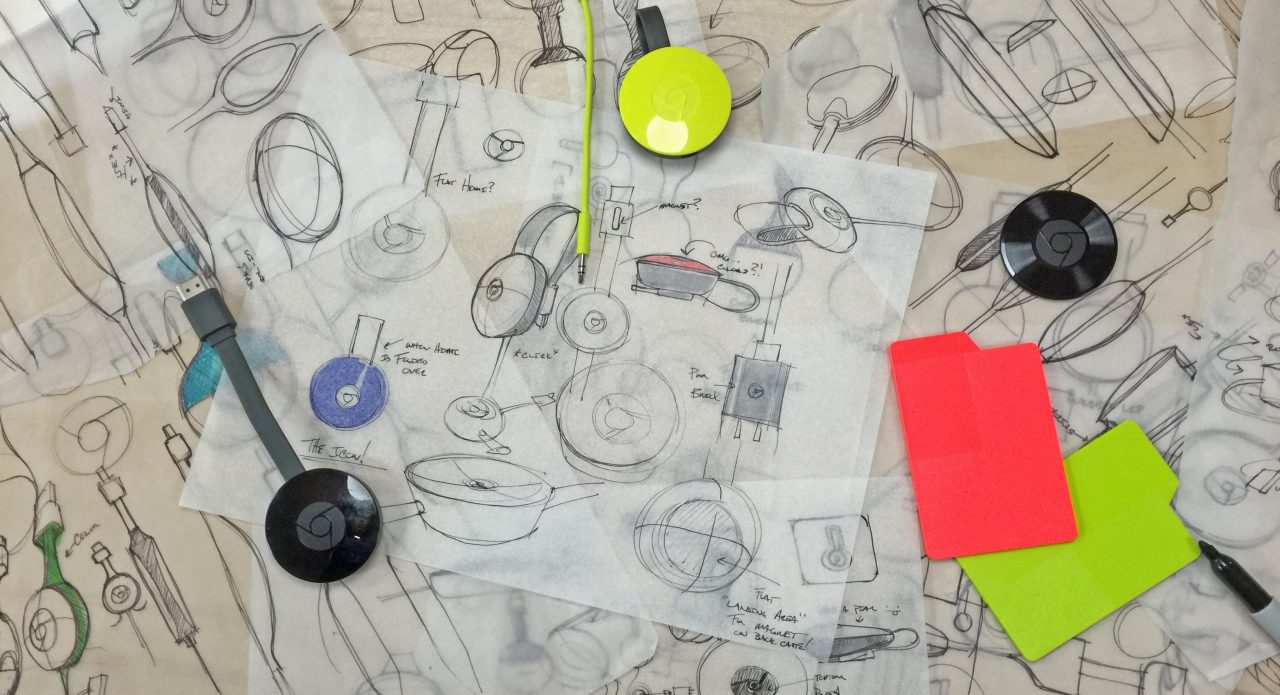 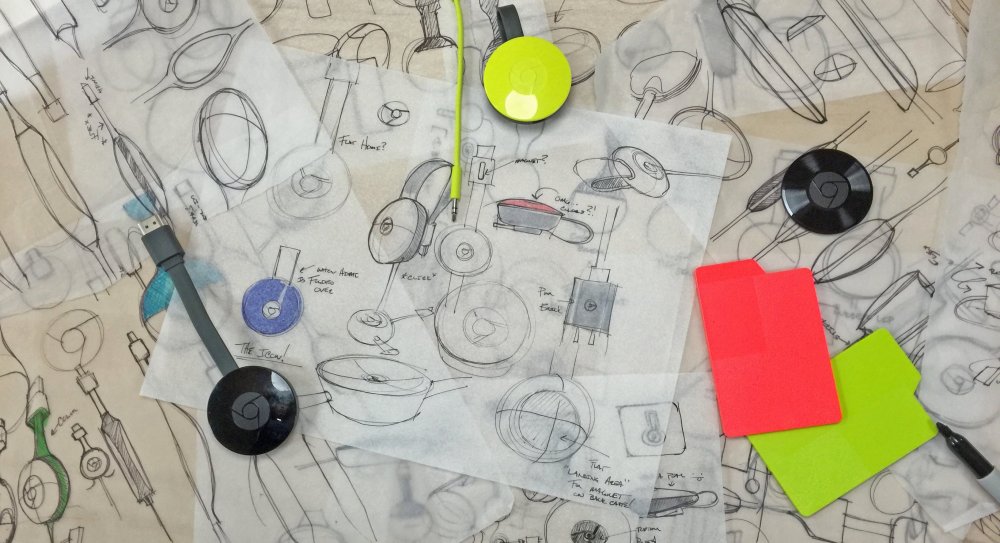 When we first exclusively leaked the 2nd generation Chromecast, we were dumbfounded by its design. Ditching the dongle-like look of its predecessor (that many other streaming sticks have come to mimic), the new Chromecast is more like a miniature hockey puck with a long HDMI cord attached, and comes in three bright colors. Many asked why a streaming device that sits behind the TV would need three colors, and Google has come out to answer this question and many others in a new interview…

The first that was so confusing with our leaked images was the strap that came off the top and wrapped around the backside. Before seeing the new device in the flesh, we didn’t really know what that “thing” sticking out the top of the Chromecast was. Now, we know it was the device’s cable coming out of the top of the device and wrapping around the back. It was clear from the get-go that Google was moving away from the stick design of the original, but it wasn’t clear until now exactly why.

“There were a lot of ‘sticks” out there,” design lead for Chromecast, Kristen Beck, told Business Insider in a recent interview. “If you have a relative who says, ‘Do you have that stick product?’ you have to ask, ‘Which stick?’ We really wanted to do something that you can differentiate in a line-up.”

So really, it comes down to wanting to make the Chromecast unique. An HDMI dongle that makes a dumb TV a smart TV was a fairly unique concept when the Chromecast first launched, but now there are “sticks” from Amazon, Roku, and others. The simple fact that Google had to include a miniature HDMI adapter along with the original Chromecast was surely a contributing factor as well — if you need to include an extra cable for your streaming dongle, maybe you need to redesign your streaming dongle. And redesign it Google did.

As for the colors, Google’s answer is pretty simple:

“Our attitude towards that was like, ‘Why not?’. We thought ‘Let’s create a memorable experience,” Beck said. “We’re now the only circular puck in the streaming space; even if you have no idea about the streaming media landscape — if you have no clue about which brands make which ones — you can at least know the difference between a stick and a circle. And that alone will differentiate us.”