Facebook’s equivalent of Twitter’s verified users are verified public figures that include actors, musicians, and journalists. The most notable perk of being one is the ability to livestream video to your fans from a special Facebook Mentions app. Available to iOS users since July 2014, the app is now available for Android devices on the Play Store.

Rather than use Android UI converntions and Material Design, Facebook made a straight port of the iOS version. The app has tabs at the bottom for navigation rather than a hamburger menu. However, I have to admit the app looks much more simplistic and less cluttered. In addition to livestreaming, the app appears to have more advanced trends and the ability to see posts that mention you. There is also the ability to share photos directly to Instagram from the app. Beyond that, it’s pretty much the same Facebook app.

There is currently no way to apply to become a verified public figure. Facebook has to bestow the status on you and it is likely dependent on how many followers you have. To compete with Periscope and Twitter, it’s likely that Facebook will bring down the livestreaming feature to regular users in the near future. 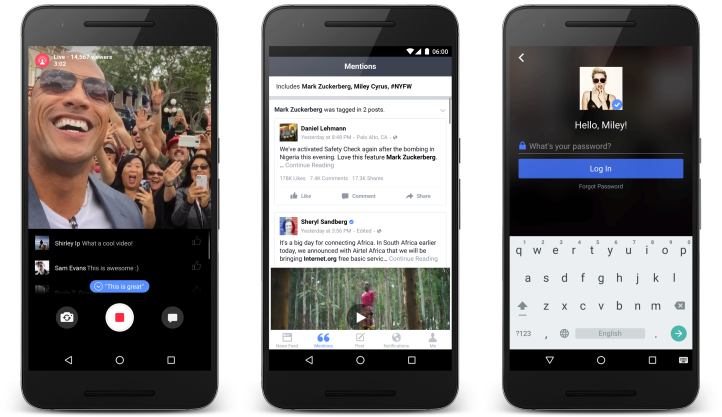