Opinion: 8 reasons Chromebooks are beating iPads in education, and what Apple could do about it 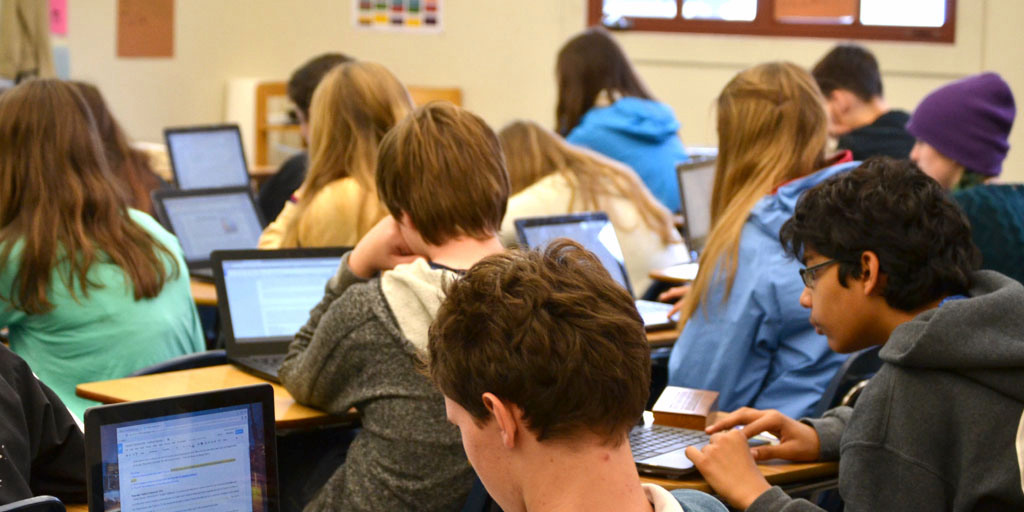 Apple for a time led the tech market in education, even making education-specific Mac models. More recently, the company made a big push on iPads, signing a $30M deal (that would eventually have been worth a quarter of a billion dollars) in 2013 to equip every student in the LA Unified School District with an iPad.

If that program had succeeded, it would have created a template for rolling out similar ones across the whole of the USA. Instead, it failed catastrophically, and it now appears that Chromebooks are winning where iPads have failed.

CNBC reported last month that Chromebooks now make up more than half of all devices in U.S. classrooms, while Apple’s share of classroom purchases more than halved between 2012 and 2015. Why is that, and what – if anything – can Apple do to reverse the trend … ?

Below are the are eight reasons I think Chromebooks are currently winning the battle, and in italics the steps I think Apple needs to take if it hopes to fight back …

There’s no other word to use to describe what happened to the LA deal. Well, there is, but the first part of that word is ‘cluster’ and the second part isn’t suitable for a family-friendly site. For those unfamiliar with it, here’s a summary I prepared earlier:

The first sign of trouble emerged when students managed to bypass the restrictions designed to ensure the devices could be used only for school work, but that was only the start. The LAUSD was accused of having miscalculated the cost of the program, resulting in its suspension and later abandonment.

Both the FBI  and the SEC were called in to investigate allegations of corruption, and a federal review concluded that the entire project had been doomed from the start. Apple paid back the $4.2M it had received to date.

You’d have to be a pretty brave administrator to announce that, despite all that, you wanted to invest in the same deal.

Apple seems to have mostly kept its head down, with little sign of any public comment. I think this is the wrong approach. Apple needs to present a clear analysis of exactly what went wrong, how it happened, what parts were and weren’t Apple’s fault – and the steps it has taken to ensure the same thing can’t happen again. Only with that approach will school districts elsewhere regain confidence in investing in iPads.

iPads are relatively expensive devices. You might think schools would be offered deep discounts for purchasing in bulk, but instead they reportedly paid an additional $200 per device for the software and support package.

Chromebooks, in contrast, are cheap. One of the models offered to schools is the CTL J2, priced at $199, while Toshiba’s Chromebook 2 runs to $249.99, with a $30 management fee covering teacher-approved apps and books. Other models start from just $149.

Apple operates on the highest profit margins in the business on all its major products, and is of course perfectly entitled to do so: nobody is forcing anyone to buy Apple devices. But you’d have thought that a company that once gave products to schools free of charge when it was very much smaller might at least offer a deal at close to cost now that it can comfortably afford to do so.

Shareholders might object, but Tim Cook has stated on more than one occasion that Apple does what’s right, and any investor not happy with that should get out of the stock. I’d also argue that it doesn’t exactly hurt the company’s long-term prospects to introduce entire new generations of people to the Apple ecosystem from an early age.

While one device per student is obviously the ideal, that’s an expensive approach no matter what the device. Many schools need to share devices between students, and that requires support for multiple users.

iPads have so far been single-user devices. Chromebooks have always been cloud-based and account-based, and thus intrinsically suited to multi-user setups. Every time someone logs into a Chromebook, it becomes their device.

Apple is finally addressing this soon in iOS 9.3, but really it should have happened a long time ago.

Both iPads and Chromebooks are very nearly immune to viruses, so equally appealing in that respect, but Chromebooks offer schools greater levels of control.

With Chromebooks, student accounts are linked to the individual school, and the school gets full administrative control of what those accounts can and can’t do. iPads offer profiles that provide some degree of control (when kids don’t figure out how to bypass them), but this is an area where Apple needs to up its game.

Again, the changes seen in iOS 9.3 suggest that Apple is aware of this.

For the LAUSD program, Apple did a deal with Pearson to provide educational software and electronic textbooks pre-installed on the iPads. It’s unclear exactly what went wrong here, but teachers complained that the apps were unreliable and not fit for purpose.

Whatever the root cause of the issues with the education apps, this is clearly something that Apple urgently needs to fix. See point 6.

Google appears to have made it extremely easy for schools to purchase and setup Chromebooks for use in schools. Apple has a reputation for being great at selling direct to consumers, not so great at dealing with IT departments.

It strikes me that Apple’s IBM partnership could be the perfect vehicle for educational sales. IBM knows exactly how to sell to IT departments, and it also knows how to create bespoke apps for specific industries. Harnessing this expertise could solve problems five and six in a single stroke.

We may be moving toward a world where keyboards are less important, and voice input comes more to the fore, but we’re not there yet. Even if we were, a school classroom is not a suitable environment for 30+ kids to all be dictating to their devices. Software keyboards are fine for brief notes, but not for things like writing essays.

So physical keyboards are needed, and Chromebooks have them as standard. The iPad Pro aside, Apple doesn’t have its own keyboard for iPads (something I’ve always felt was a huge missed opportunity), meaning that third-party ones have to be bought at extra cost – and separately negotiated. At the very least, Apple needs to bundle keyboards with education iPads.

The final problem with iPads is one Apple should be pleased to have: kids love them. One of the problems experienced in the LAUSD program was that a number of them mysteriously disappeared.

Apple obviously shouldn’t do anything to make its hardware less desirable, but it does need to address point four to ensure that a stolen iPad is a useless iPad when it comes to using it away from school premises.

The intro to this piece drew on historical research from Hack Edu.