Huawei’s Honor 5X is a peek at the future of budget phones, hopefully with better software 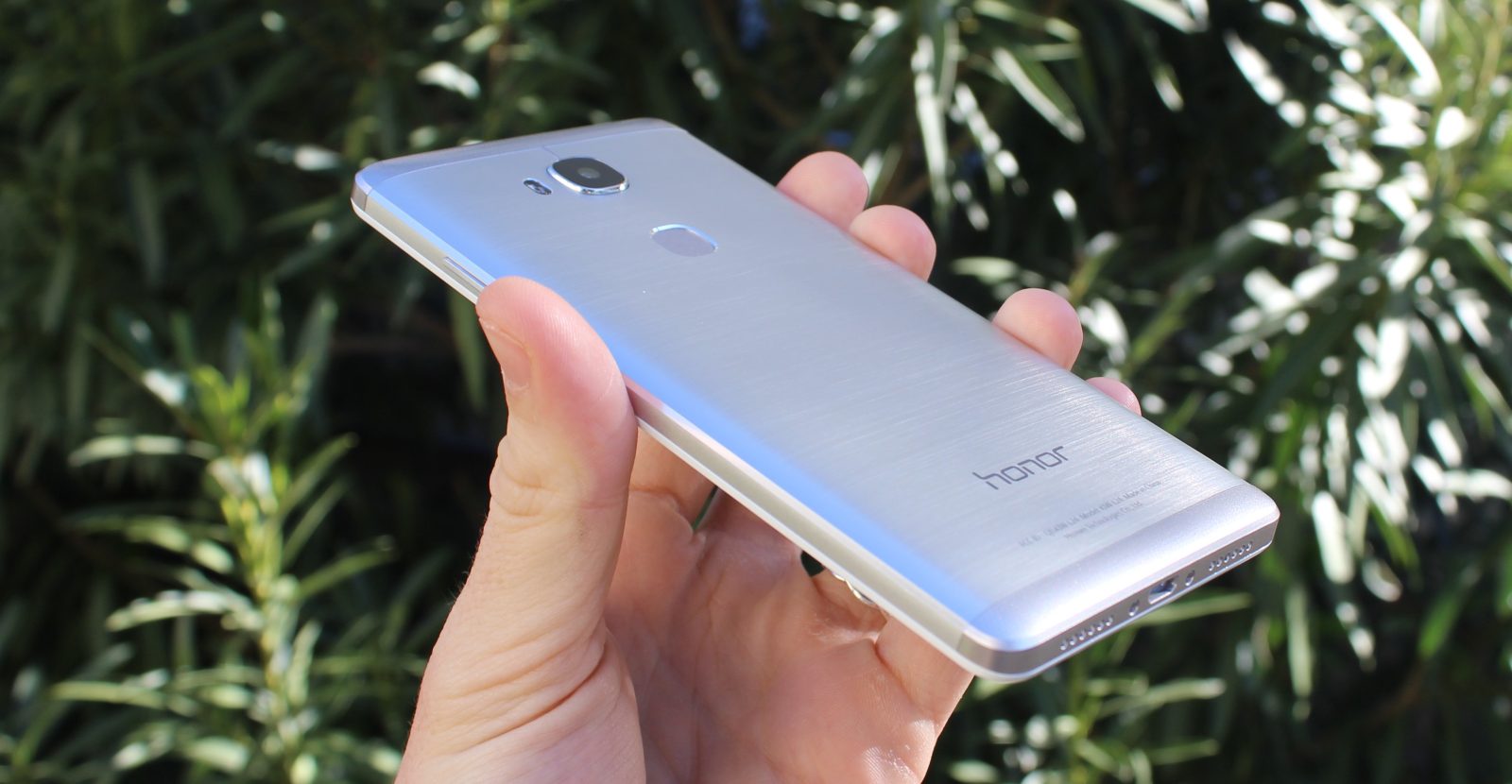 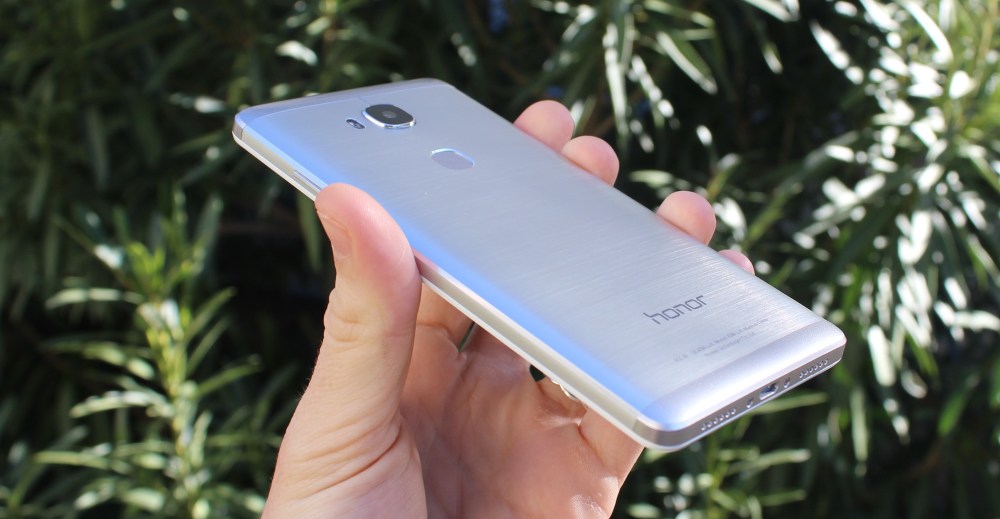 I’ve been using my Honor 5X on and off for about a week now, and my thoughts on the phone pretty much align with what everyone else is saying: The phone’s significance is not that it’s an amazingly great phone, but that it’s yet another inch toward driving down the price of good phones in general.

To me, the Honor 5X is our first peek at such a future. But it’s definitely not without its flaws…

While Huawei’s flagship Mate 8 isn’t coming to the US quite yet, the company is going all in with the curiously-named and much-cheaper Honor 5X. Sadly, though, the 5X (not to be confused with the Nexus 5X), is in many ways very similar. The hardware is great for the price, but—for now—the software is held back by a heavy skin dubbed EMUI that just doesn’t make the cut for me. 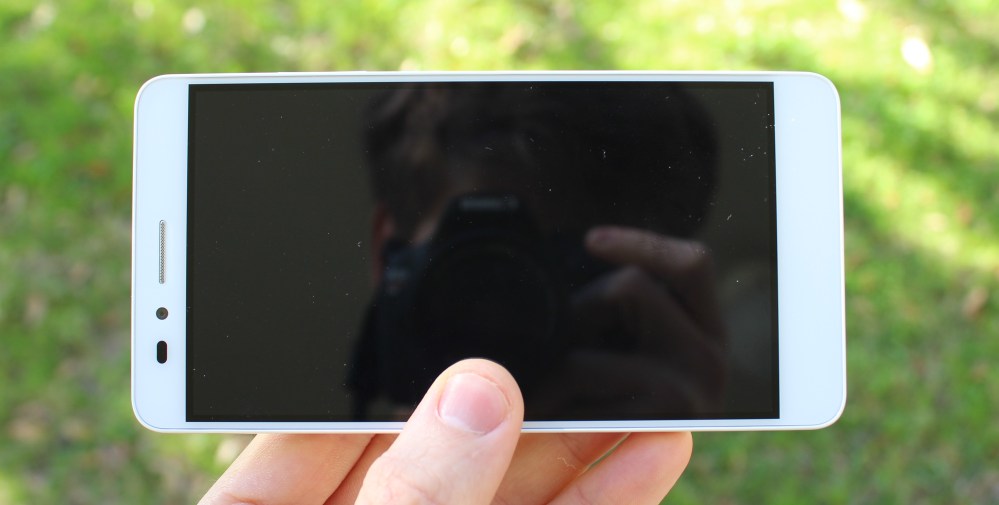 Besides the odd absence of both 5GHz WiFi and NFC, the hardware sheet for the 5X is really, really strong. And my experience with the phone has been good—and that’s about the best way I can put it.

My first reaction when using the phone is to say that it’s just terrible, but I have to remind myself that most of the phones I review are priced twice (or three times) as high as this one. I pick up the phone and want to just tell the world how sucky it is in comparison to say, my Nexus 6P or LG V10, but then I remember that this phone isn’t going for the same market as those phones. This phone wants to compete with the Moto G, the ASUS Zenfone 2, the LG G3 Beat, and the Alcatel OneTouch Idol 3. And compete it does.

On the hardware side, Honor has a lot to brag about with the 5X. Using the Moto G (2015) as the litmus test here (which, might I remind you we said is the “perfect” $179 smartphone for your kids), it would seem on paper that the Honor 5X is just the plainly obvious choice. Better and bigger screen, bigger battery, better processor, similar cameras, fingerprint sensor, and a flagship-like metal build. It’s an obvious choice, right?

But it’s not quite that simple. For every step forward Honor 5X takes in overall hardware value, the phone takes a step backward in software. The Honor 5X is running a build of Lollipop, and will be for the foreseeable future (which, in 2016, is quite simply not good enough in my opinion, regardless of price). The Honor 5X has EMUI thrown atop this older 5.1.1 build of Android, and it’s clearly an attempt to add value in the Chinese market. Here in the United States, though, people who know what’s good for them don’t want knock-off iOS. They want vanilla Android, and hardly any Android OEMs at the moment seem to get that. Honor is the perfect example.

It’s not all grim, though. While the build of EMUI that’s running on the Honor 5X unit that I got at CES is definitely a little on the buggy side (over the course of the week, I’ve battled my fair share of visual hiccups, random/weird glitches, and the like), Huawei tells me that updates are coming, and they’re coming fast. Honor 5X will  be getting “regular” software updates the company has said, including Android Marshmallow, EMUI 4, and Android security patches. The first OTA update is schedule to arrive on January 31st. Perhaps not the ideal scenario, but better than the competition for sure.

I say this in almost all of my phone reviews, but I think it’s just as relevant here as anywhere else. Huawei doesn’t want you to know this, but if you install the Google Now Launcher and the Google Keyboard, your experience will immediately become exponentially better with just a couple of downloads. Even better, the Honor 5X is probably going to be a good candidate for modifications and ROMs, so it likely won’t be long before you can take this thing’s hardware to its full potential. With this in mind, I can write about this phone without telling you to avoid it at all costs. There are things you can do to make the software palatable, and I want to take that into account.

I spent the first half of the last week trying out the phone as Huawei intended it, and while it’s not a phone that I could use as a daily driver in replace of my Nexus 6P, it’s a very strong contender to the Moto G and Idol 3, and definitely better—in my experience, I’ve praised the phone before—than the ASUS Zenfone 2. The software, hardware, and experience are all as good or better on the Honor 5X than the phone I last year said was one of the best budget Android phones. That’s worth mentioning.

The phone also takes pretty decent photos, although they’re not really anything special. See the following gallery of snaps I took in 5 minutes while writing this up:

I can’t help but feel it should cost $50 or $100 more when I just pick it up and look at the hardware. But since I see so much potential in this phone, I put the software experience on a pedestal (and I realize that the average consumer doesn’t). With CyanogenMod running, it would be great. With a build of AOSP Android, it would be an amazing package. But EMUI is just not awesome yet.

But yes, despite my whining about the fact that its software just isn’t that good at the moment (but really, how many $200 Android phones have A+ software?), the Honor 5X is probably a good buy for a lot of people. If it ran vanilla Android really well and got regular updates (you know, like a Nexus phone), I would probably argue this phone to be the best budget phone of all time. And you should take that into account when you decide whether or not to buy this thing. If you’re a tinkerer, I can’t imagine a better value for your money at the moment.

You can pre-order the Honor 5X at its $200 price on Amazon right now, and the phone is set to ship on the last day of January. Huawei says that the first OTA update for the phone is set to land on the same day, so I’ll probably be back around that time to share some additional thoughts.

I hope that future Honor phones ship with better software, because if this is the direction budget phones are going, Huawei will lose in the space on that factor alone. Motorola and Alcatel and ASUS surely have some plans to compete with the Honor 5X, and at least in my book, the winner will be the phone that offers the same great hardware as the 5X—and at that $200 price point—with the best software experience.