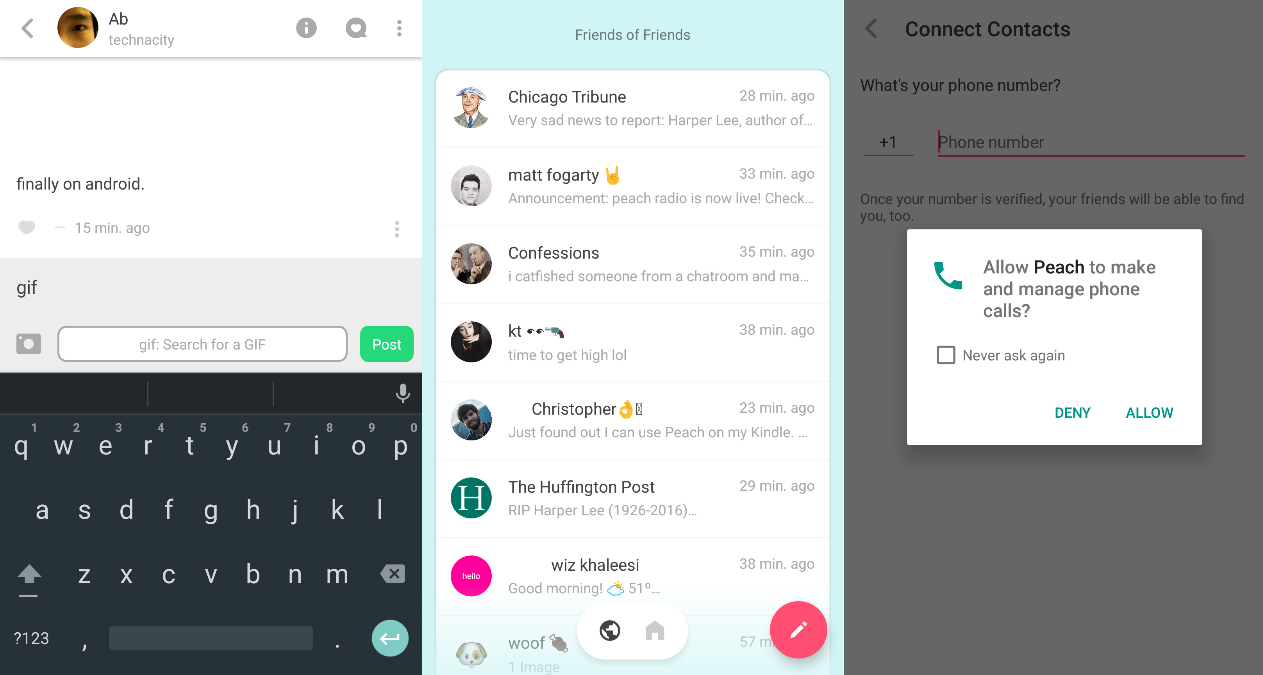 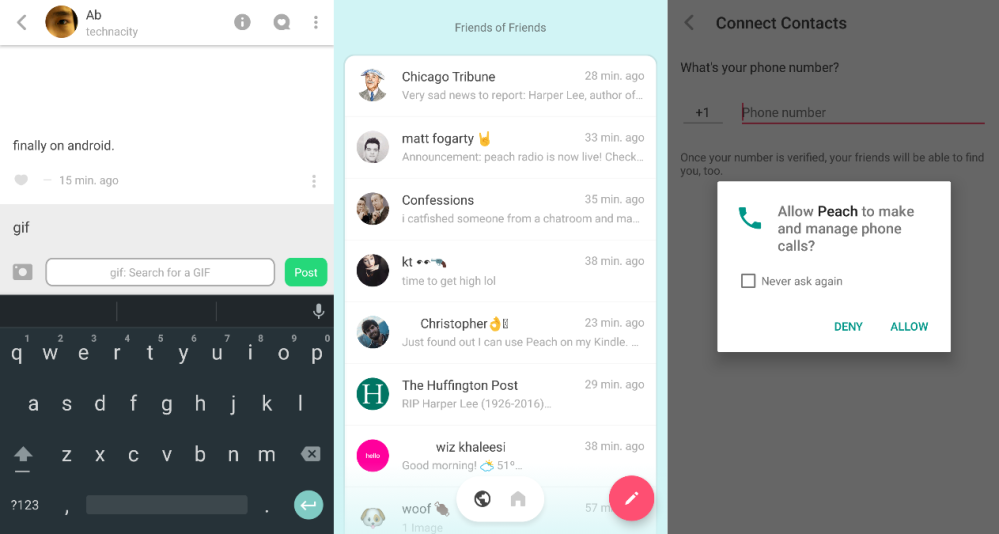 After being all the rage when it launched on iOS last month, social network Peach has finally made its way to Android. Peach is basically another status sharing app, but its novelty comes in its heavy use of GIFs, multiple ways to ‘poke’ a person, and the use of “Magic Words” to send information and communicate in fun ways.

During setup, the app asks for the standard email address, username, and profile picture. Users also have the choice to make their posts public or private, but that’s a setting that can be changed later. The app’s main interface is a chat window where users can update their status with text, pictures, emoji, GIFs, and more. GIFs fall into the “Magic Word” category and require users to enter ‘gif’ in the text box to bring up the picker.

Other Magic Words include:

* Use the magic word “shout” to write a few words (+ emoji) in BIG letters on a background.

* Use “throwback” to add a random photo from your camera, along with the date and time it was taken.

* Use “draw” to post a colorful doodle or sketch.

* Use “song” to detect and share whatever’s playing right now.

* Use “play” to start a game of Peachup.

To the left of this screen, there is a friends list where users can see the latest updates and also reply to friends. Here users can also add people from a list of suggested followers or by looking for friends they know. Much like other social networks, Peach does this by using your phone number and by looking through your contacts (if you give it permission, of course). As you can see above, the app has support for Marshmallow’s permissions model.

At the very left is a public feed or “Friends of Friends”. There are actually several news publications, like the Huffington Post and the Chicago Tribune, that have already embraced the social network and are using it to report on breaking news. The excitement for Peach has definitely died down since it first launched, but the presence of regular people might hint that there is some sticking power to the newest social network founded by Vine co-founder Dom Hofmann.

You can get the app on the Play Store for free.