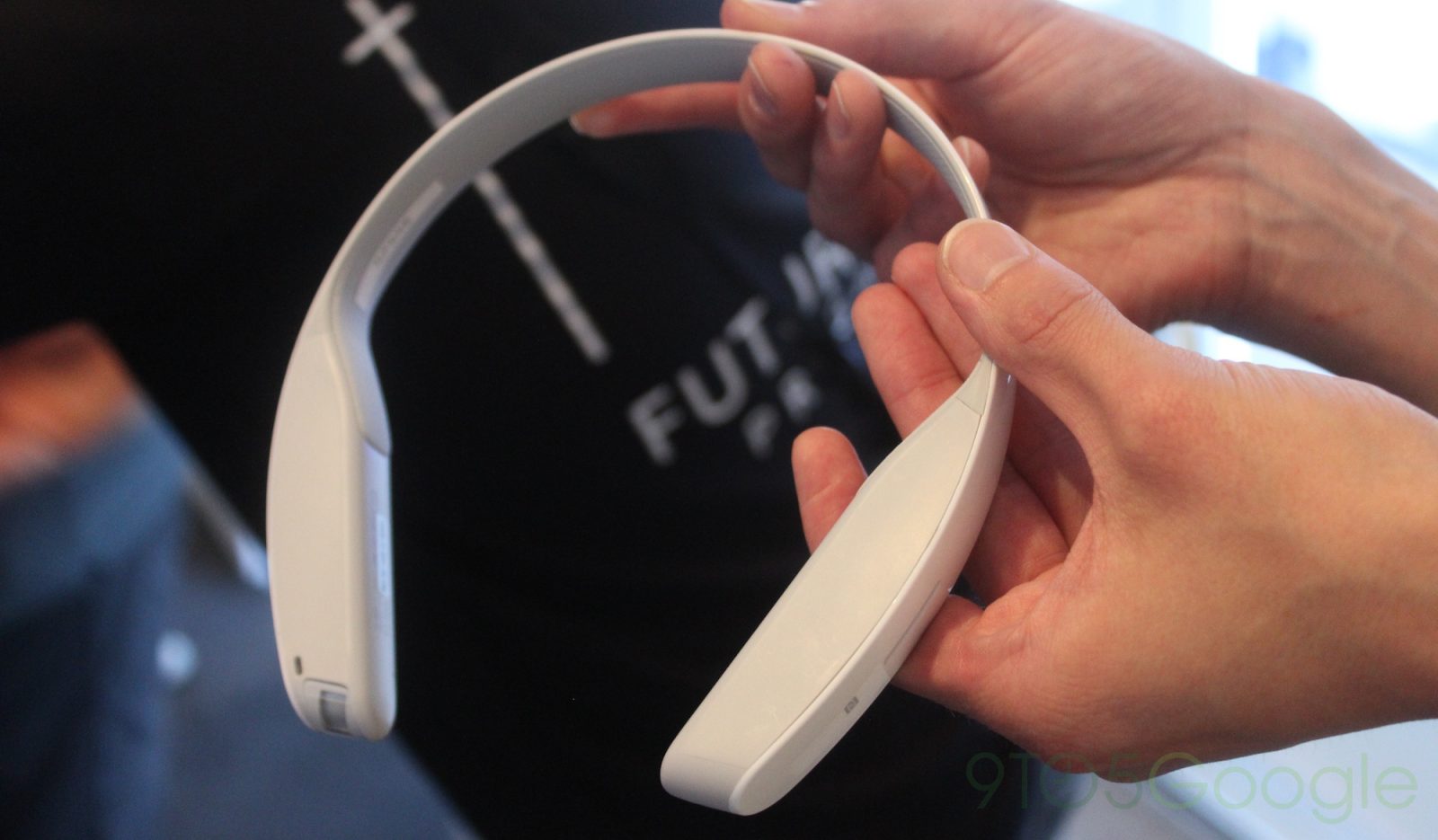 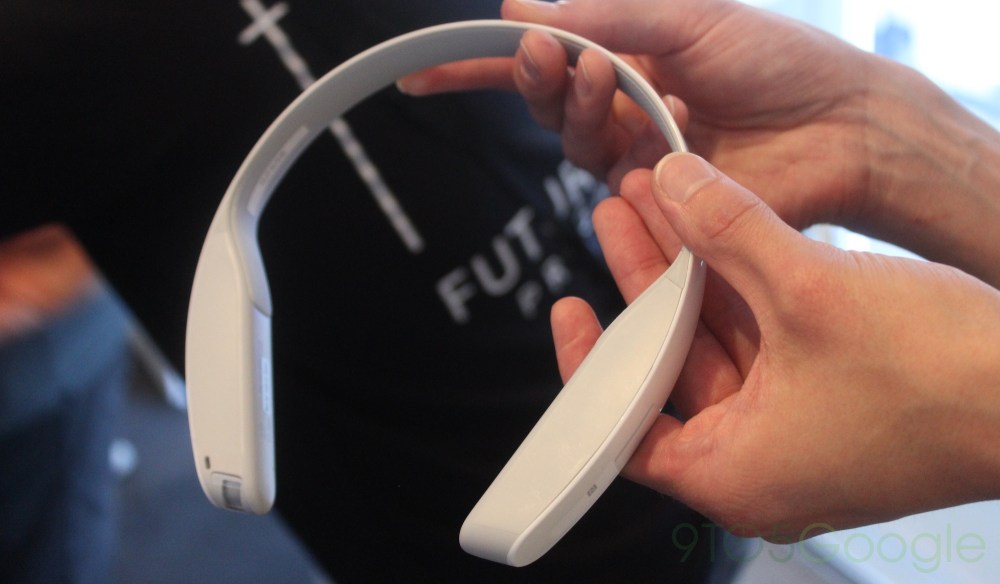 Earlier this month Sony announced a new R&D initiative called the “Future Lab Program” and a mysterious device simply called “N” was concurrently shown off in a YouTube video. Details on this audio-based wearable were light until today, but the Japanese company set out to fix that by heading to the capital of Texas at SXSW Interactive to take the wraps off…

You’ll be forgiven if you think it looks a lot like some headphones made by Sony’s Korean rival, but “N” is more than just a pair of headphones. It’s supposed to be an intelligent wearable, and by default, it doesn’t plug into your ears at all. Think Google Glass-like capabilities, but with speakers that give you audio feedback and no socially awkward prism screen in front of your face.

Actually, this might turn out to be something along the lines of a Project Aura competitor. (While Google’s Aura hasn’t even been officially announced, it purportedly involves two head-mounted audio-based wearables.)

Essentially, the neckband-like device provides a cloud of audio that you can hear without the need for headphones (although there were attachable “open-ear” headphones that Sony was showing off as well). Sony stressed that this was built with those with an active lifestyle in mind — with no headphones attached to your ears, you can wear the device while running, biking, or driving without needing to worry about safety issues. The device also has motion sensing and GPS location tracking capabilities.

While it’s still in the earlier stages of development, Sony demoed some voice commands that it can facilitate. In its current form the device can pull data from Yelp, AccuWeather, and Strava, Sony says. Another feature that was demoed was its ability to take pictures a la Google Glass using the command “Listen up Arc, take photo”. A lens then rotates to appear in the window on the left side of the device, likely built to ease the privacy concerns like those that Google’s wearable faced.

The N prototype wasn’t the only thing that Sony was showing off today, though. The company also put on display a table projector that recognized fingers and objects on a table and added animations atop child’s storybooks, a projector that could move using a remote control, and a new device that provides a new level of haptic feedback. The haptic feedback prototype appeared to be powered by a phone, but a Sony rep told me that it was proprietary hardware and just tech that the company is experimenting with.