You will soon be able to pause, resume and cancel downloads with Chrome 50’s built-in downloader 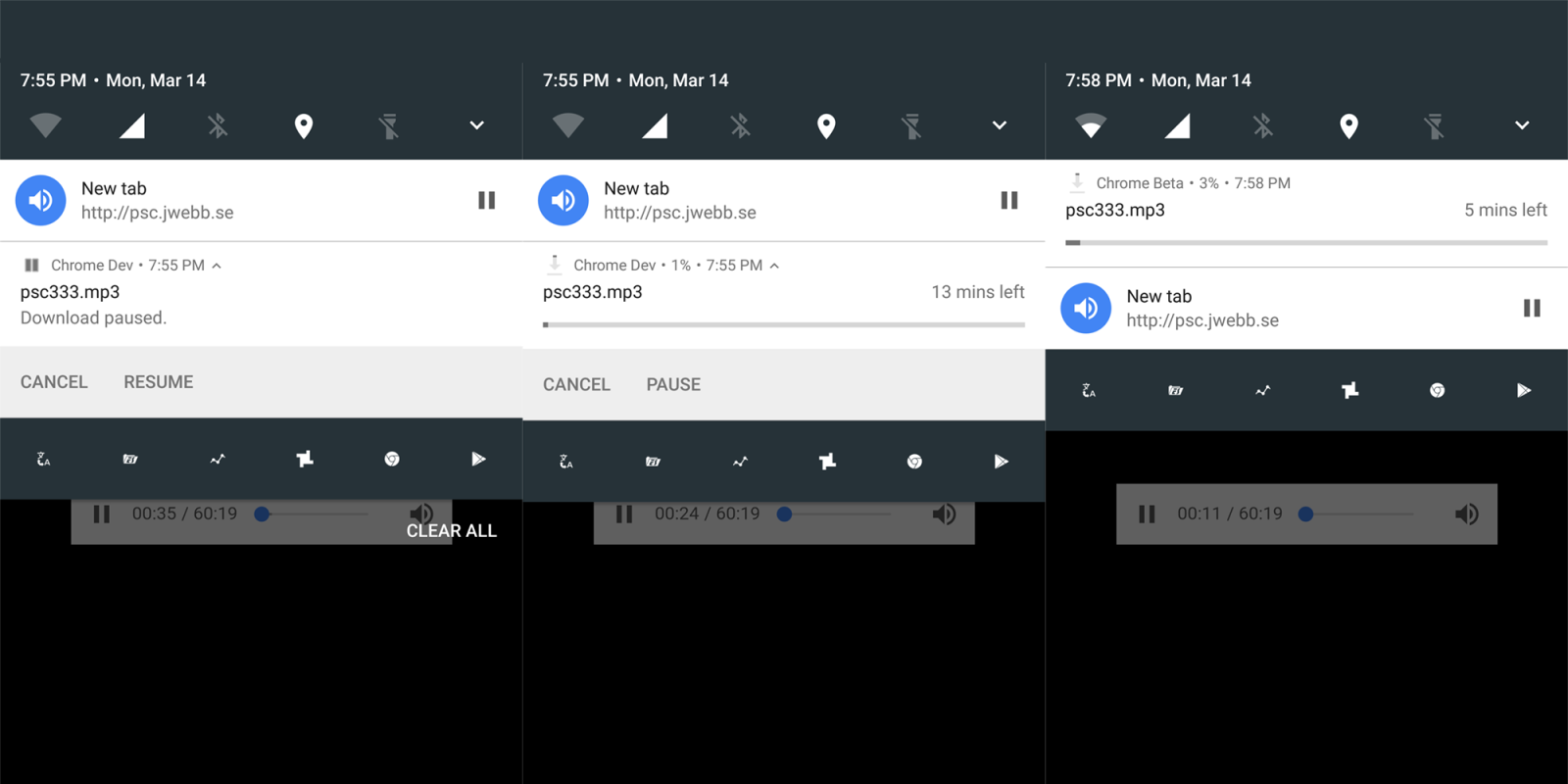 You might not know that Chrome for Android has two ways of dealing with downloads. When there is a file you want to save, you will often click on a link which redirects you to a blank page where a pop-up window asks for your consent to download the file, which is essentially the ‘Downloads’ (or ‘Download Manager’) app making its way into Chrome. Another way of downloading a file is to simply long press on it and consequently click ‘save’. This second method utilizes Chrome’s built-in downloader, which is seeing some welcomed additions with the upcoming version 50 of the Chrome app (via AndroidPolice).

While the stable version of Chrome on the Android N preview already has the functionality built in (because the OS comes with Chrome v50), both the v49 currently running on Marshmallow and the latest build of Chrome Beta do not. What the latest iteration of the browser allows you to do, though, is to both pause and resume files that are being downloaded, and also to delete them altogether in case you were to start downloading something unintentionally…

Chrome 49 (both stable and Beta), which relies on the current mechanism, does not really allow the user to interact with a download at all; you can’t pause it – and thus resume it, of course – nor cancel it, and the notification which shows the download’s progress is not dismissible.

The only way to ‘pause’ a download – or, rather, cancel it – is to close the app, which once reopened shows a now-dismissible ‘pause’ notification, that can’t however be resumed in any way, indicating that the file is gone.

The pause and resume functions on v50, however, work just as you might expect; the only problem in the current version is with cancellation which may result in a force close of the app, something that will likely be fixed before v50 reaches the Play Store for everyone.

Android N’s version has its own issues as well: embedded media (like .mp3s and videos) are automatically handed by Chrome’s built-in downloader, which indeed supports the new features, while other files like APKs or TGZs still use the Download Manager, thus not taking advantage of them just yet.

Chrome Dev v50 (as well as stable Chrome on Android N, which is v50 as well) allows you to pause and cancel downloads.

Downloads that are paused can naturally be resumed as well.

Current v49 doesn’t allow you to do anything.