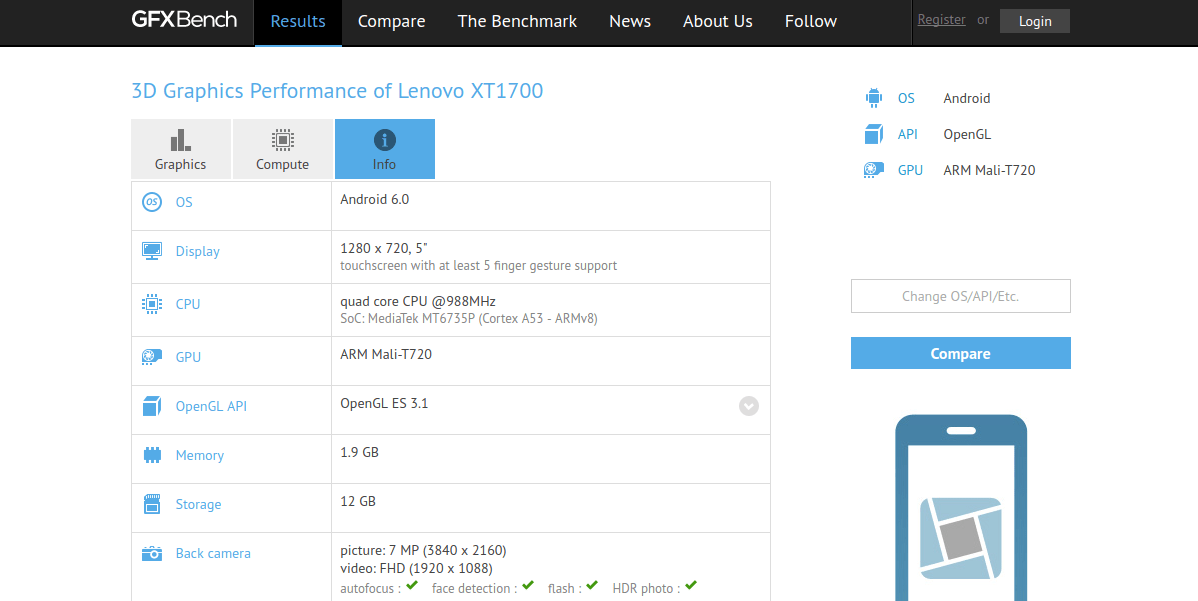 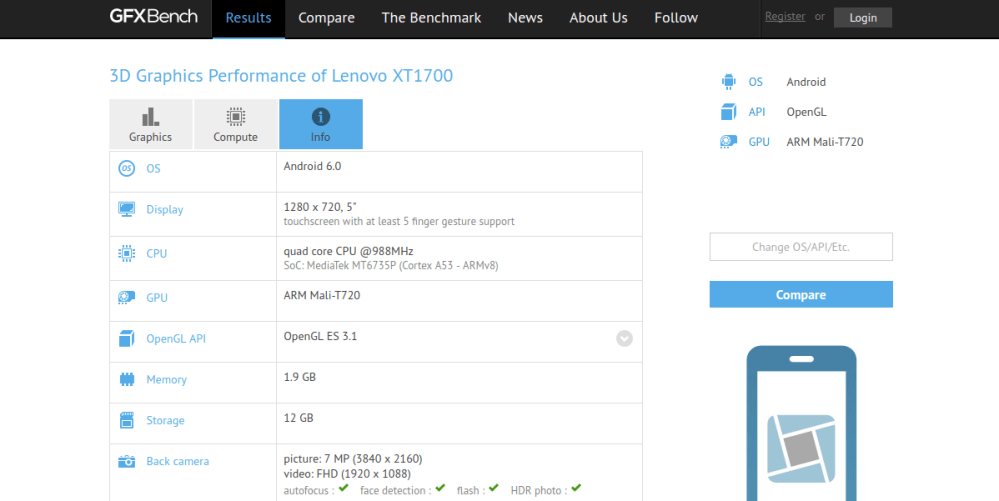 A pair of listings on GFXbench (via WinFuture) have revealed two Lenovo phones that may possibly be the next generation Moto E. Additionally, two devices with the Moto X3 moniker have hit an Indian import/export database that might allude to a release sooner than later.

The Lenovo XT1700 has a 5-inch 1280 x 720 display with a quad-core MediaTek processor, 2GB of RAM, and 16GB of storage. There’s a 7MP rear facing camera and a 4.7MP front facer. Interestingly, the XT1706 variant appears to have identical specs and both run Android 6.0. The use of a MediaTek processor likely points to this device being a Moto E rather than the G, but considering that most phones with MediaTek processors are from Chinese manufacturers like Huawei, Blu, and ZTE, even that seems odd. Depending on the variant, the 2nd generation Moto E used a lower-end Snapdragon 200 or 410 chip.

Additionally, two devices recently hit Indian import/export database Zauba under the Moto X3. Devoid of specs, the listings are nearly identical and might be the same device mentioned above. Last year’s Moto X Pure Edition is considered the 3rd generation of that device, so “X3” doesn’t seem likely to refer to the Moto X.

At CES, Lenovo announced they would begin phasing out the Motorola brand name for ‘by Lenovo’ and mentioned that future Moto phones would have screens larger than five inches. It appears that Lenovo is opting to increase the screen size of the lower-end Moto models as they previously confirmed they would not kill off the Moto G or E.

Moto X3 being shipped to India with a 5.0 inch screen – could be one of the first Lenovo Moto branded phones. pic.twitter.com/7NeX7iANHa