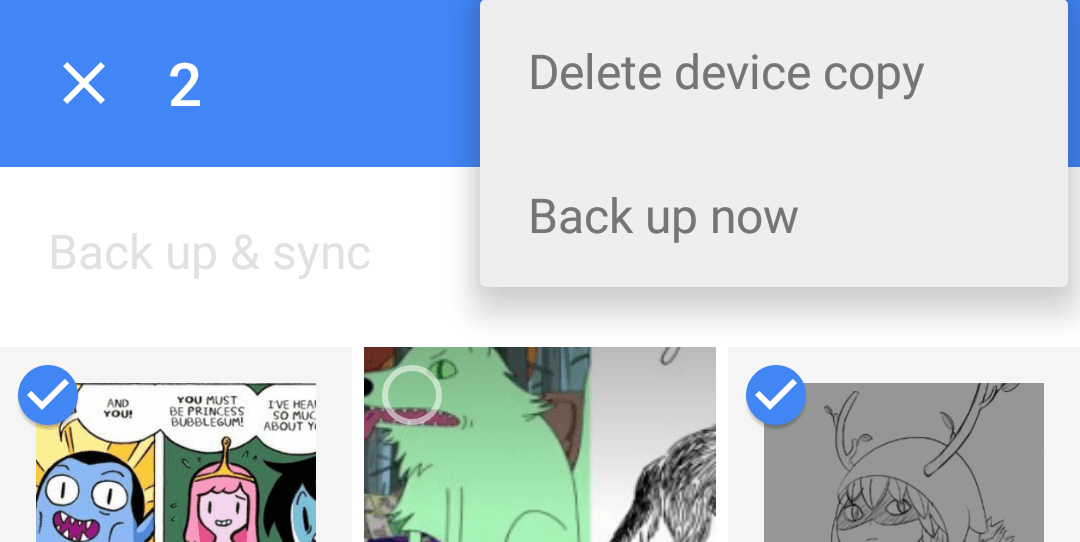 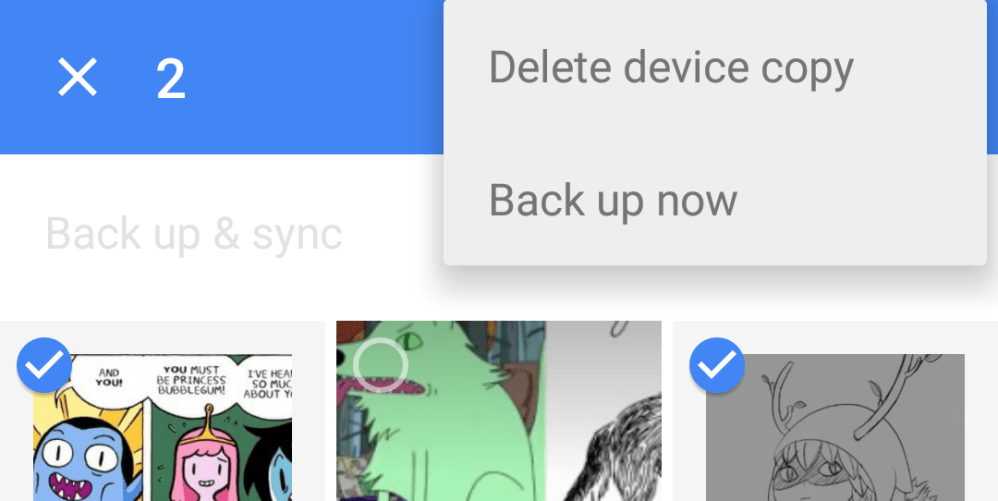 In the last Google Photos for Android update, edited images no longer made a copy and replaced the original picture. Today, a smaller update is rolling out that adds the ability to manually backup photos in albums that do not have automatic upload turned on.

While most people take advantage of Google Photo’s free unlimited backup, there’s sometimes an album (like the downloads folder) that you don’t want backed up to the cloud. For those situations, this new feature is very convenient when you come across the occasional image you want saved. All users need to do is select the images, tap the overflow menu, and press ‘Back up now.’

It is much simpler than uploading the photo manually via the Share sheet or uploading things to an album. This feature will also work if you have backups disabled in general. Additionally, the update makes official the fun April Fools’ joke that let users search for photos using emoji.

Version 1.18 is rolling out now via the Play Store and presumably a similar feature will come to the iOS version sooner rather than later.

The next revolution in photo search technology is here.https://t.co/6yLWq9yK7G