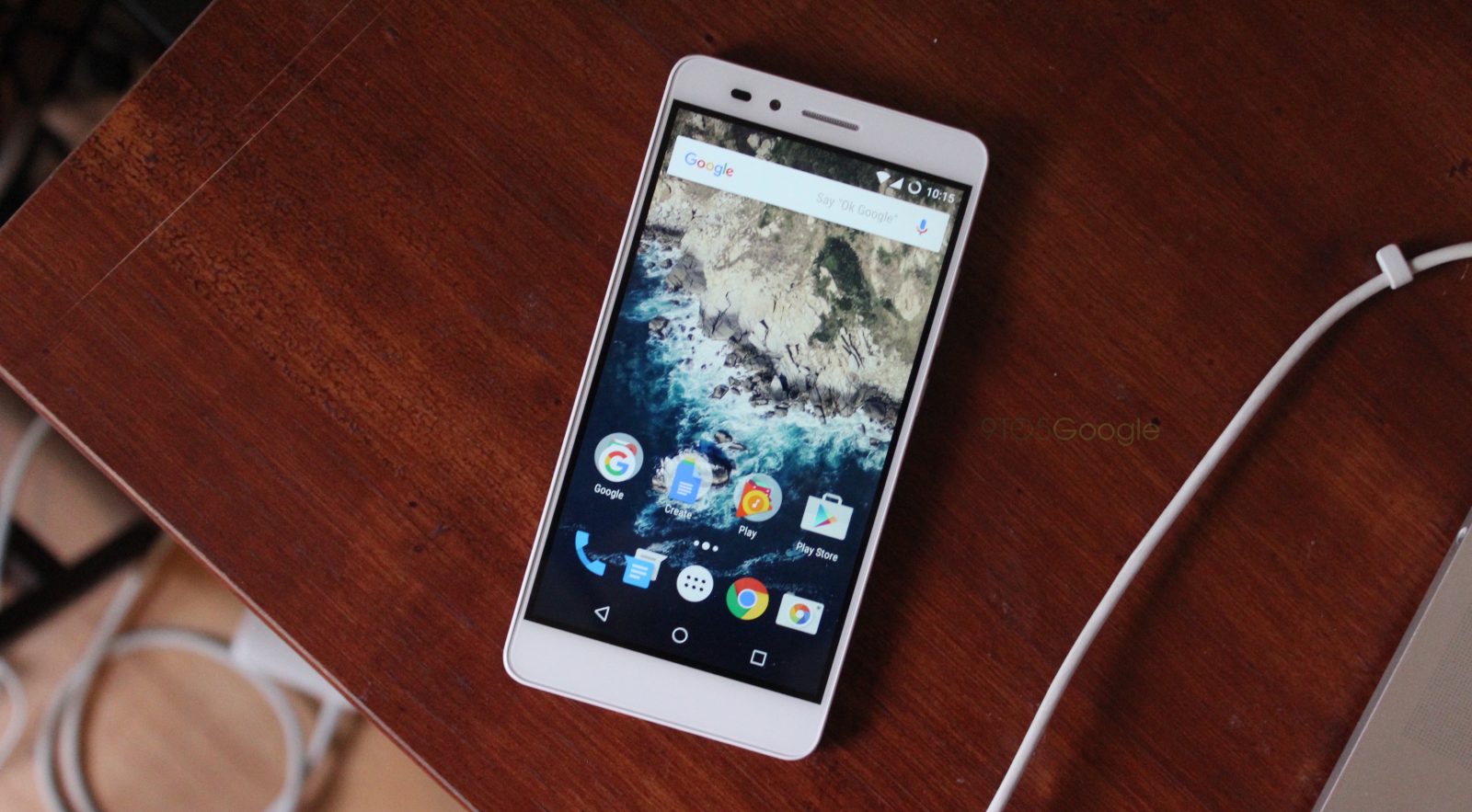 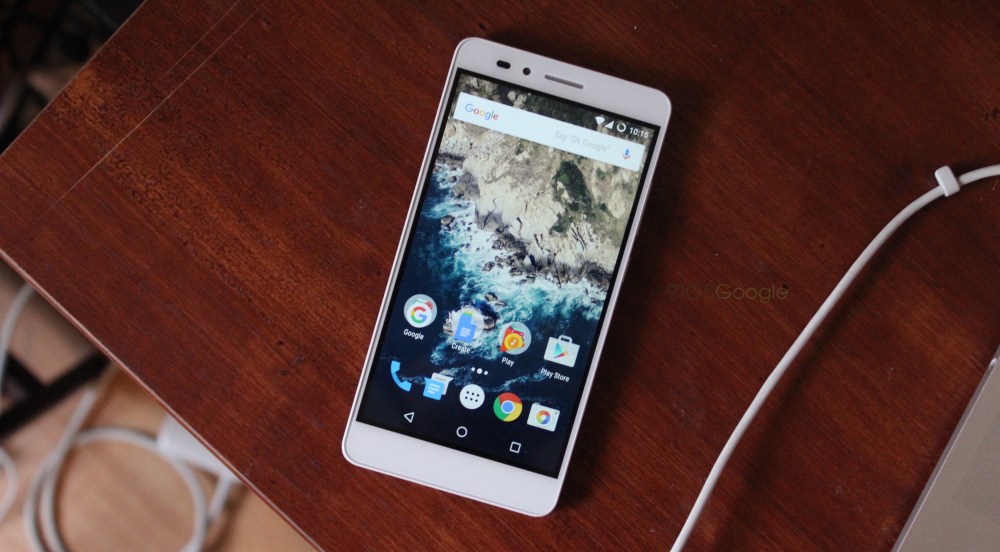 After Chinese company Huawei introduced the phone for the US in January of this year, I gave the Honor 5X a full review. But maybe you can’t even call it that. More than a review, it was mostly just some thoughts on the phone that I had pent up after an exhausting week at CES. Basically, the gist was this (although I recommend you read the whole thing): You get a lot for your money ($200) on the hardware side of things with the Honor 5X, but the software leaves a lot (and, really, I mean a lot) to be desired. After that, the phone sat in my drawer and I hadn’t touched it since.

What spurred this experiment? I received a Huawei Mate 8 review unit just a few days ago and the software was so ugly and buggy that I felt determined to flash some custom version of Android to make the beautiful piece of hardware my daily driver. Of course there isn’t a build of CyanogenMod available for the Mate 8 (yet), but there are some slightly-modified versions of the stock Huawei-modified OS. They’re better, but — at least in my experience so far — not enough. My failure in finding a good working alternative to the lackluster EMUI on the Mate 8, though, made me wonder if I could do something with the Honor 5X.

Unlike the Mate 8 (which is more premium, and thereby expensive), the Honor 5X packs a lot of great hardware at a price under $200 — making it prime pickings for the developers over at XDA and elsewhere. Not only that, but its more-than-decent hardware is familiar to most developers. Instead of going with a Huawei in-house Kirin processor, the Honor 5x has a 64-bit Snapdragon 615 and an Adreno 405. After a quick Google search, I unsurprisingly stumbled on an XDA-Developers thread detailing the latest release of the famed custom flavor of Android for the Honor 5X. And this is where the fun began.

I hate to admit it, but this past weekend was my first deep-dive into flashing custom ROMs. I wouldn’t say that you can call me “flash happy” quite yet, but I managed to pull it off. I have decent experience with flashing the latest versions of Google’s stock Android on my Nexus phones, and I think that that contributed greatly to my ability to flash the custom TeamWin Recovery Project (known as TWRP for short), sideload the system image that I wanted, install Open GAPPS, and boot the phone without a hitch. There are definitely a lot of hoops for the average joe to jump through, but it’s not too bad.

So how is CyanogenMod 13 on the Honor 5X?

Amazing. Basically, you get what is effectively a Nexus Marshmallow experience on the $200 phone, which is a huge step up from the heavily-skinned terrible UX that is the current version of EMUI. Now, Huawei is hard at work on the next iteration of its Android skin, headed up by the ex-Apple designer the company picked up last year. I’m willing to give it a fair chance when it launches, but CyanogenMod — or, I guess, Cyanogen OS — would be the perfect fit for any of these Chinese manufacturers that foolishly think they can add value to their Android phones by copying iOS design principles and filling them with junk. The ZenFones, the LeEco 2Max, the Honor 5X, the Huawei Mate 8, the P9 — they would all be leaps and bounds better with — if not just stock Android — Cyanogen OS.

My experience with the Honor 5X over the last few days is proof. The Honor 5X has a full HD 1,920 x 1,080 resolution 5.5-inch IPS display in a mostly-metal body with a 64-bit octa-core Snapdragon 615 processor, an Adreno 405 GPU, 2GB RAM, a 3,000mAh battery, a 13MP main camera with dual-LED flash, and a 5MP f/2.4 front shooter. All of this amazing hardware was going to waste with EMUI, but all of this hardware shines with CyanogenMod. The phone had tons of performance problems out the gate with EMUI that — still to this date — haven’t been worked out. Amazingly, a quick flash of CyanogenMod (albeit thanks to the hard work of many people) resolved 99% of the complaints I had before. The phone not only has a much more visually pleasing UI, but — unlike with EMUI — it feels like it has great hardware. And it should, because it does.

So, yes, Huawei, if you’re listening, please fix your software.

So, yes, Huawei, if you’re listening, please fix your software. No one wants their Android phone to look like a (terrible, I might add) clone of iOS. No one wants app icons that look bland and “flat” compared to the very well-designed ones straight from Mountain View. No one wants the terrible launcher that ships with the Honor 5X. (Oh, and while I’m at it, I’ll mention here that the setting to change the default launcher on Huawei’s phones is almost impossible to find.) No one wants the terribly annoying sounds that ship with EMUI (that screeching noise that comes from the phone when you use the fingerprint sensor is the worst). And everyone. Everyone wants an Android experience that works, doesn’t have countless performance issues, and shows off this great phone you built. Maybe what you’ve made makes Chinese customers happy, but EMUI just doesn’t work for US consumers when even Samsung — which has long been hated for TouchWiz — makes a better Android skin.

After I installed CyanogenMod 13, I popped in my SIM card, ran through the set up process, and suddenly the phone that sat in my drawer for the last four months became a 5.5-inch super-affordable Nexus phone that I can use every single day. Huawei, I heard through the grapevine how many Honor 5X units you’ve sold so far. Everyone knows that your grand entrance into the US has been less than the fanfare you would have hoped. You succeeded in bringing some of the best hardware per dollar of any phone to launch, but you launched the phone with a terrible skin of Android that would make anyone hate their phone after just a few days. I get that the average consumer probably doesn’t feel as strongly about stock or “pure” Android as I do, but if they knew what it was like, I think they would. If they knew what they could be getting for $200, they would want it.

Of course, running a custom ROM on this phone doesn’t go without its drawbacks. For now, the build of CyanogenMod 13 that I have installed doesn’t have support for the fingerprint sensor. Taking HDR photos causes the Camera app to hang and drains the phone’s battery. There are some bugs that need to be worked out with switching data subscriptions with SIM cards. But overall, the experience is just so much better that I can’t overstate it. I can live without the fingerprint sensor for a while. Typing in my password the old-school way isn’t that hard. But unlike Huawei’s software, I’m confident that CyanogenMod is going to keep getting better. These problems are going to be resolved. EMUI is probably going to remain lackluster for the foreseeable future.

Check out the video for a quick look at the phone running CyanogenMod 13:

Wondering how to install CyanogenMod 13 on your Honor 5X? Stay tuned, as we’ll have a video and article describing the process in-depth soon. If you want to come along for the ride but don’t have an Honor 5X, you can pick one up over at Amazon for right at $200.

2020 Pixel Buyers guide: Which Pixel is right for me?

Pixel 4a shoppers pushed to the 4a 5G