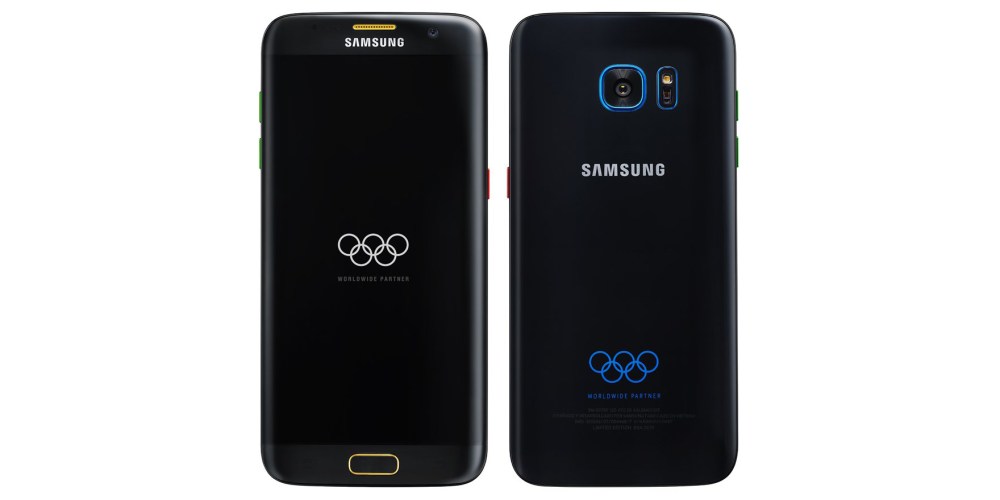 Samsung is no stranger to special editions of its devices, and its highest-specced ones in particular. Just last month, a special Batman-themed S7 edge was launched in collaboration with DC Comics to promote the announcement of the Injustice 2 game, but now it looks like the Korean giant may be steering away from superheroes…

A report from SamMobile — corroborated by the above picture, courtesy of Evan Blass — says in fact that Samsung is indeed working on a ‘Olympic Edition’ of the Galaxy S7.

With the Rio Olympic games kicking off less than two months from now, it would make sense for the company to launch the product in a relatively short time frame, so to build up on the hype surrounding such a big, international event.

The codenamed Hero2_Olympic_edition (with Hero2 being the codename for the standard S7) has only us wondering whether it will come both in a standard flat version as well as the pictured edge variant or if the former will be skipped entirely.

Considering that the Batman GS7 was an edge variant — the one Samsung seems to be pushing, so much so that the upcoming Galaxy Note 7 could be released only with the curved design — we would expect Samsung to stick to this pattern.

As far as looks go, it may not be as enticing as the Injustice one, with simply yellow accents on the front and blue ones on the back (with a nice Olympics logo, too) on the regular black canvas, but it certainly retains the original S7 edge‘s elegance (and may come in some fancy package, too).

SamMobile’s sources also mention that there could be some sort of Olympics-related VR apps in the works, codenamed “IOC_Olympic_app” and “Rio2016_WOW_Olympic_app” respectively, suggesting that the phone may be bundled with a GearVR unit.