HTC is working on two Desire 10 variants, and now we know about the ‘Lifestyle’ version 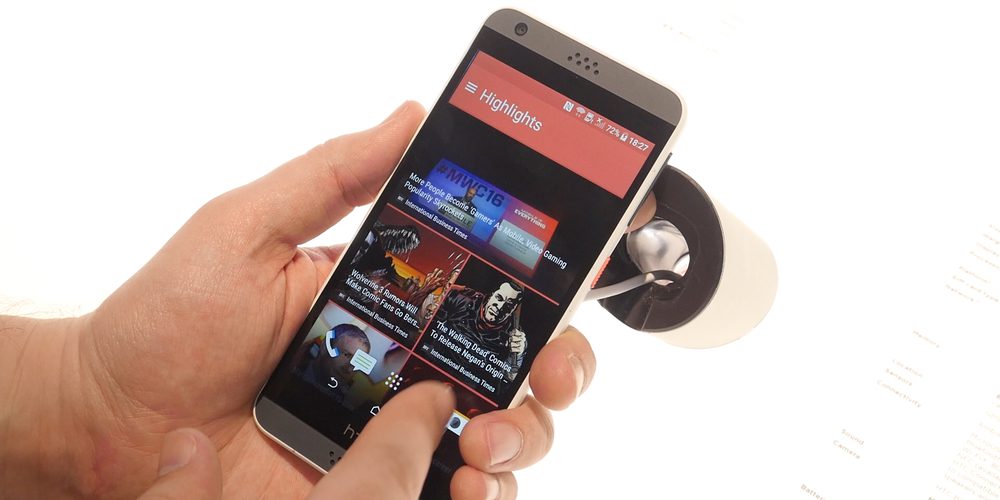 We first heard about the HTC Desire 10 last month, and now even more details about the Taiwanese company’s incoming mid-range handset have leaked out (via VentureBeat). Renowned leaker Evan Blass says that HTC is planning two variants of the handset, one known as the “Desire 10 Pro” and the latter being the “Desire 10 Lifestyle”…

While details about the “Pro” are still nil, Blass has today shared a rundown of what to expect with the Lifestyle. The Desire 10 Lifestyle sports a 5.5-inch display with a resolution of 720 x 1280, surrounded by a body with “a metallic gold trim on the edges and around key hardware elements like the camera lens, flash, and antenna cutouts.”

As for the nitty gritty of the specs, the phone will comes with a quad-core Qualcomm Snapdragon, and a couple RAM configurations (either 3GB RAM w/ 32GB storage or 2GB w/ 16GB storage, depending on locale). You’ll find a 13MP main camera and a 5MP front-facing camera on the device, both of which are reportedly capable of doing 1080p video recording. As is often the case with HTC phones, the Desire 10 handsets don’t skimp on audio. They’ll both have Boomsound speakers.

The phone is said to be launched in “several different colors,” and thankfully — depending on how you feel, I guess — HTC is said to be going without the colorful speckled design that we saw on the Desire phones from earlier this year. Blass says that the devices will have “matte, solid color finishes.” Both phones are expected to launch sometime in the latter part of September, so stay tuned for official details as we get closer to the end of the quarter.