Huawei’s glass-backed, dual-camera, & well-specced Honor 8 is officially coming to the US 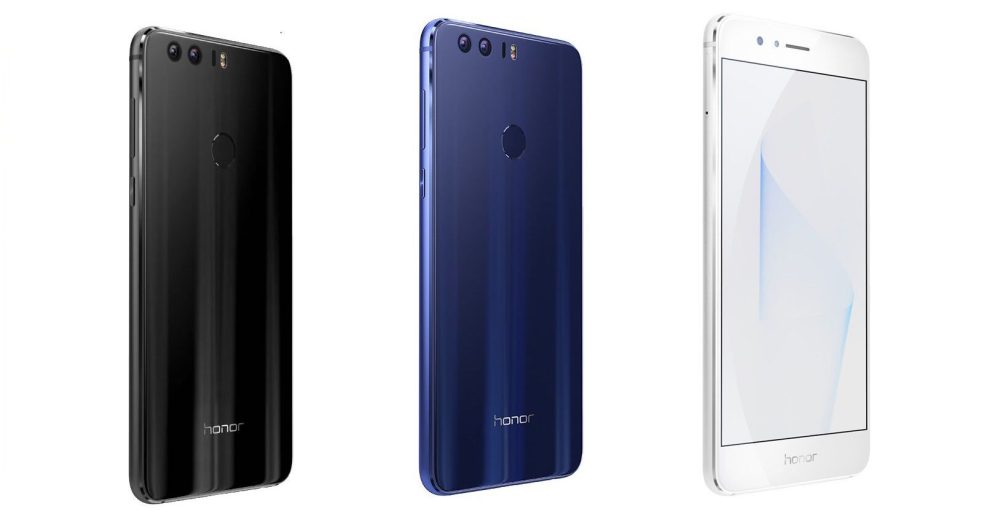 Huawei-owned Honor has today announced that the phone it announced for China last month  — the Honor 8 — is coming to the United States. Following up on the budget Honor 5X that marked the company’s first phone for the US earlier this year, Honor is now introducing a glass-backed phone at a middle-of-the-road price and specs that are definitely on the higher end…

That phone is, essentially, just a cheaper, glass-backed Huawei P9 made available for the US. You’ll find a dual-camera system similar to the one on the P9, a 5.2-inch FHD display, an 8MP front-facer for selfies, a fingerprint sensor (which doubles as a handy quick action button) an octa-core Kirin 950 chipset inside with 4GB of RAM, up to 64GB of storage, a 3,000 mAh battery, NFC support, and Android 6.0 Marshmallow with EMUI 4.1.

One of the big highlights here — or at least something that sets this phone apart from the rest — is the dual camera setup. It’s 12MP, and Honor says that it can capture more light than a single lens and produces more vivid colors in a variety of situations. We’ll have to see what practical use these cameras have in our full review, but I have a feeling that it’s going to be a similar situation to the P9.

There’s also the Smart Key along the back, which lets you jump to a variety of actions and apps. You can tap and hold, double tap, and single tap to jump to Pokemon Go, for example (no, really, they used this example at the event). And the phone also features an IR blaster and Smart Control 4.0 — which sports codes for more than 230,000 products from more than 5,800 brands.

You can read the full specs at Honor’s website.

In the same vein as other flagship-at-mid-range-price OEMs, Honor says that it’s changing the game with a phone that brings so much for a price that’s so low. The phone is set to be available in three colors (Sapphire Blue, Pearl White, and Midnight Black), and starts at $399.99 for the 32GB model and $449.99 for the 64GB model. You’ll be able to get the phone at Amazon, Best Buy, B&H, HiHonor.com, and Newegg, and you’ll get a $50 gift card (not sure for what) if you pre-order.