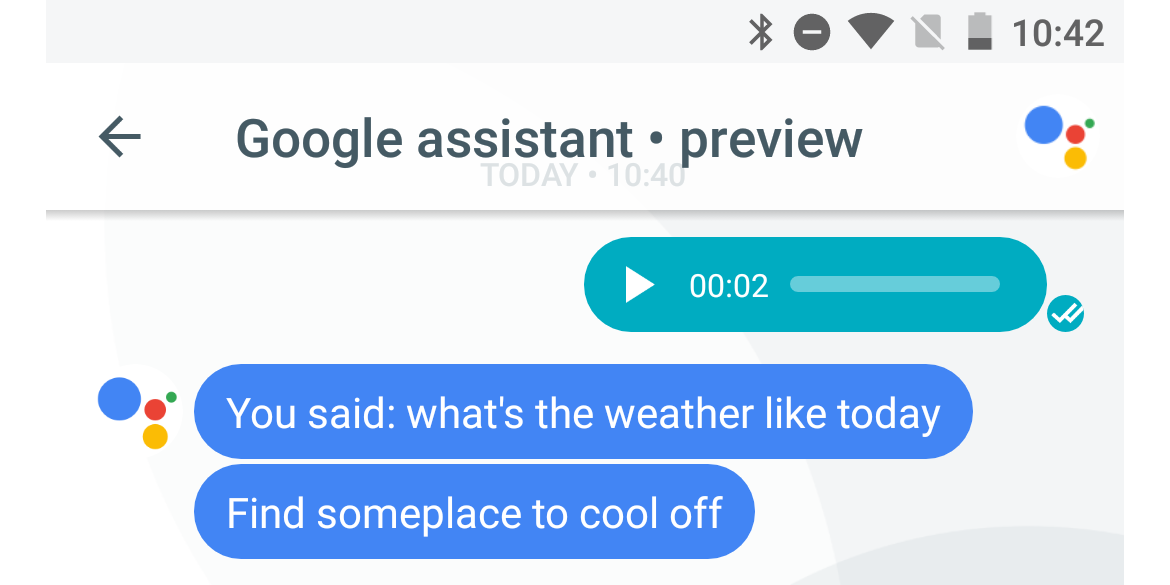 Over the past several days, Android Police has been publishing more and more information on Google’s upcoming messaging app, Allo. One thing that hasn’t been touched on too much until now, however, has been integration with Google Assistant. Assistant will live within its own conversation on Allo with users having the ability to enter that conversation and ask questions, make requests, and even make jokes.

Today, Android Police has unveiled a previously unknown feature of Google Assistant within Allo: it can apparently understand and respond to voice messages you send within its conversation.

This works pretty much like you would expect. Ask about the weather, it brings up that information. Tell it to set an alarm, same thing. As you can see in the screenshots above, Assistant can handle just about anything you throw at it, even including little jokes.

What’s even more impressive, though, is that this functionality never brought up any connection errors in limited testing. Results were always sent and received either instantly, or within just a few seconds. Even if you’re offline, voice messages can still be sent and responded to when the connection is restored. This could definitely be useful for those with less than stellar memories as they can ask the question while it’s on their mind and get a response later.

Things could change, or even improve, by Allo’s official release, but of course we still don’t know when that will be.