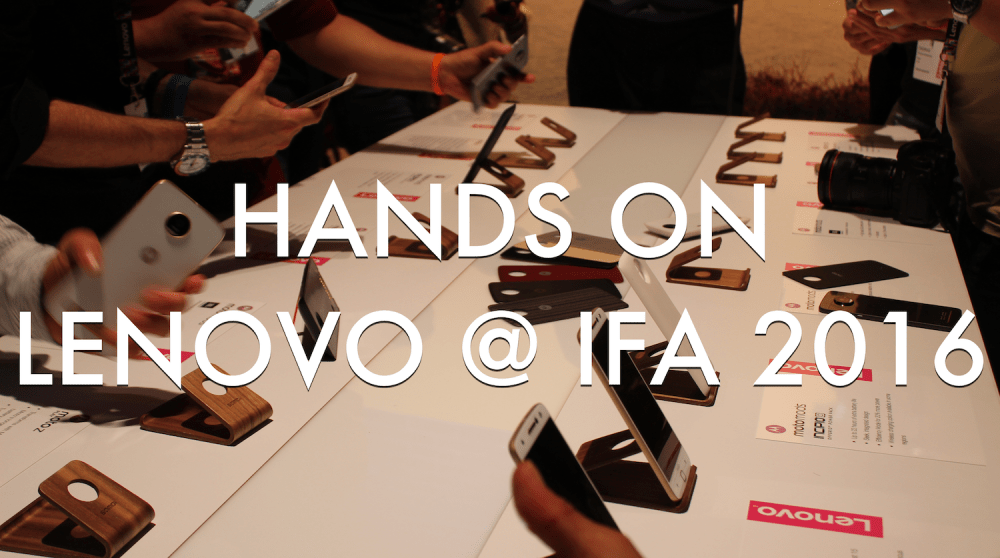 Lenovo had a lot to show us at IFA this year — perhaps more than expected. We heard quite a while ago that the company was planning more Moto Mods and a “Play” version of the Moto Z, but the company’s Android-powered convertible and tablet caught many by surprise. Unfortunately, despite the external attractiveness of pretty much everything the company announced, there’s nothing that screams sure-fire hit with consumers. Watch our hands-on video for more…

Among other things Lenovo announced the Yoga Book, an Android 2-in-1 with a unique keyboard and slim design, Yoga Tab 3 Plus with a 2K display, JBL speakers, 18-hour battery, the Hasselblad True Zoom Moto Mod with optical zoom and Xenon flash, and the Moto Z Play with all glass back and 50 hours of battery life, which is coming soon for $449.

Head over to our YouTube channel for more IFA 2016 videos, including coverage of Samsung’s recently-announced Gear S3, the ASUS ZenWatch 3, and ZTE’s Axon 7 Mini.