Opinion: I don’t love the Pixel, but I bought it because of Google’s software package and what it means

Today Google officially introduced the Pixel and Pixel XL, and it’s everything we expected and more. Google nailed a lot with these phones, especially in the software department. However, the company also did a lot of things that I really dislike with these devices. Yet, I have a confirmation email for my very own Pixel XL sitting in my inbox. Why? Let’s dig in a bit…

First, let’s go over the things I like about the Pixel.

The first big one is software. These are the first devices running Android 7.1 Nougat with Google’s own special spin on the OS. That includes the Pixel Launcher, its unique app drawer, and rounded icons. There’s a lot more to the software, but I’ll get to that down below.

What else is good? The cameras. Google has 12.3MP sensors in both the Pixel and the Pixel XL, and at least according to DXomark, these are the best cameras ever in a smartphone. Whether that turns out to be true, we’ll have to find out, but so far, it looks pretty good. There’s also the spec sheet, which looks great too.

But there are some things I hate.

There are really two big things I dislike about the phones, the first of which is the design. 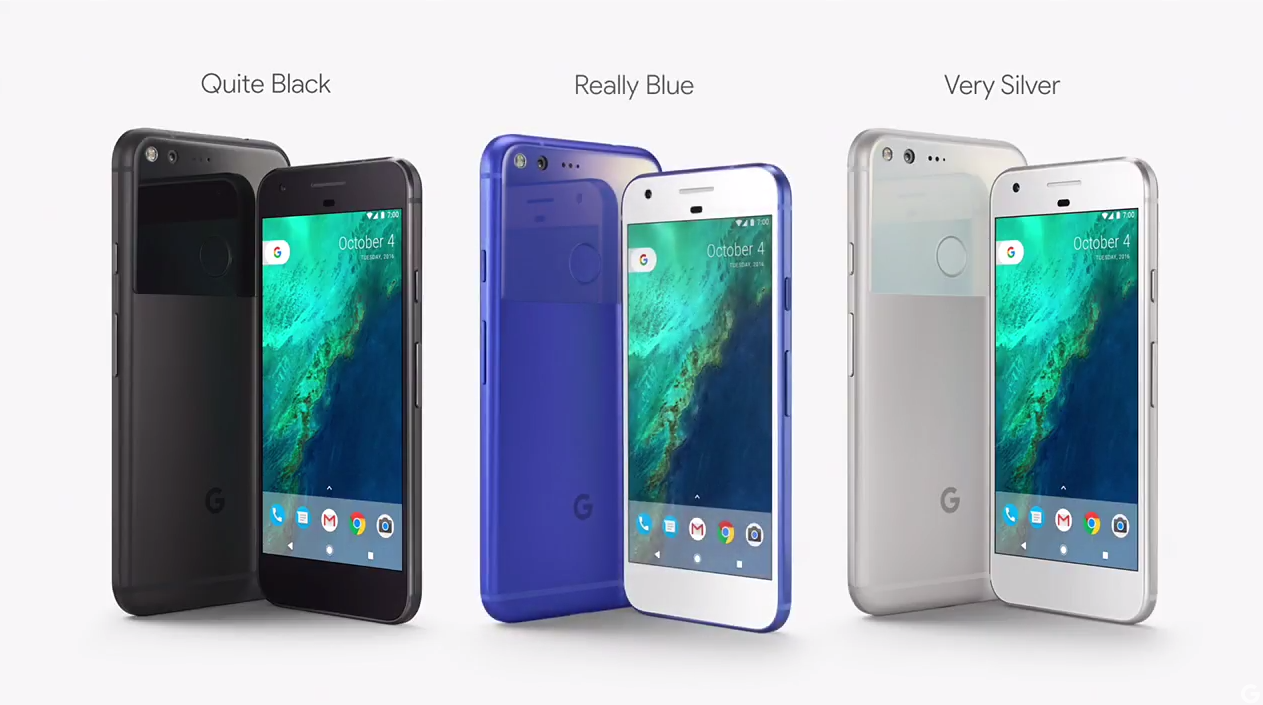 Every year when new phones leak, we almost always hate their design in one way or another. Google’s new Pixel devices were no different. Long before Google released the devices, most potential buyers hated them, and I was among that group.

Now that these phones are official, I will fully admit; it’s not as bad, but it’s still not great. These phones look different, yet familiar at the same time. They stand out from the crowd a bit with that unique glass panel on the rear, but they also look a lot like Apple’s iPhone and the HTC 10 — the latter for good reason, HTC is manufacturing these phones for Google.

Google said on stage that it designed these phones from the ground up, and while I can certainly see aspects of that, it’s pretty clear where the company got its inspiration, and I’m not a fan…

The second, arguably bigger talking point is their value. Gone are the days of affordable flagships. These have a starting price of $649. My own Pixel XL with 32GB of storage runs $769, more than I’ve paid for a smartphone in a long time. Even looking at everything the Pixel has to offer, I still don’t think it’s worth that price and needs to be at least $100 cheaper. But that didn’t stop me.

I just spent so much money….. pic.twitter.com/Ij2Ud4dlCK

It’s all about the Google software exclusives…

The real reason why I bought the Pixel XL, aside from the apparently fantastic camera and great specs, is the exclusives — some of which are temporary, I admit — that it offers.

The first of those is unlimited full quality photo and video backup. A couple of other Android smartphones have offered this for limited time promos, but the Pixel and Pixel XL offer it for the life of the device, and that’s fantastic, especially for 4K video.

Another giant perk, maybe not for someone like me, is 24/7 customer care. With live chat and screen sharing, this will prove invaluable to Pixel owners who might not fully understand their device.

The big exclusives come in the OS itself, and it’s the biggest selling point. First of all, Android 7.1 is exclusive to the Pixel phones for a limited time. We’ll see a developer preview for Nexus devices and the Pixel C by the end of the year. Those updates, however, will lack Google Assistant completely.

As previously rumored, and confirmed by Google PR, Google Assistant will be an exclusive to the Pixel devices “until Google decides” to release it to the rest of the Android ecosystem. Obviously, you can still use Assistant through Google Allo on any device, but the tight integration seen on the Pixel will only be on the Pixel for the foreseeable future.

This is not a one-off thing. Google wants to make these devices compelling for reasons other than updates or stock software. Google Assistant and all these other exclusives are likely only the beginning of Google’s push with the Pixel. So even if it’s barely better than a Nexus on paper, a Nexus won’t be better than a Pixel in the long run. That, in the end, is what made me buy the Pixel.