Daydream Keyboard hits the Play Store, shows what manual text input is like in virtual reality 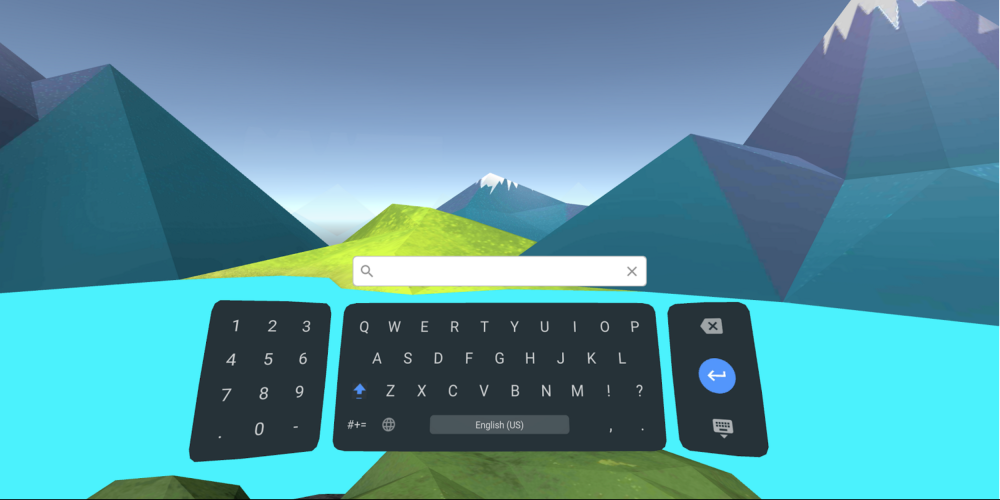 While Daydream headsets are not yet available, the first Daydream-ready phones will be available starting next week. Yesterday, Google published Daydream Keyboard on the Play Store showing the “on-screen virtual reality keyboard for text entry in Daydream applications.”

The keyboard itself is visually very similar to the Google Keyboard with a grey theme and blue highlights that match the Pixel’s custom accents. Unsurprisingly, it shares the exact same Android icons and it’s unknown whether you can change the theme in settings

Instead of tapping shift to access the numeral rows, a dedicated keypad floats to the left side of the keyboard. To the right is panel with a giant delete button, enter key, and button for switching inputs. The Play Store screenshot show a search box floating above the keyboard and a virtual desktop similar to the Daydream UI.

Google notes that “Some Daydream apps will not work if you uninstall Daydream Keyboard” and that Daydream Keyboard is only compatible with Daydream-ready phones.” Interestingly, Android Police says that the app can be installed on the Nexus 6P, which means it most likely also works on Pixel and Pixel XL, which are actually Daydream-ready.

You can grab the app on the Play Store.