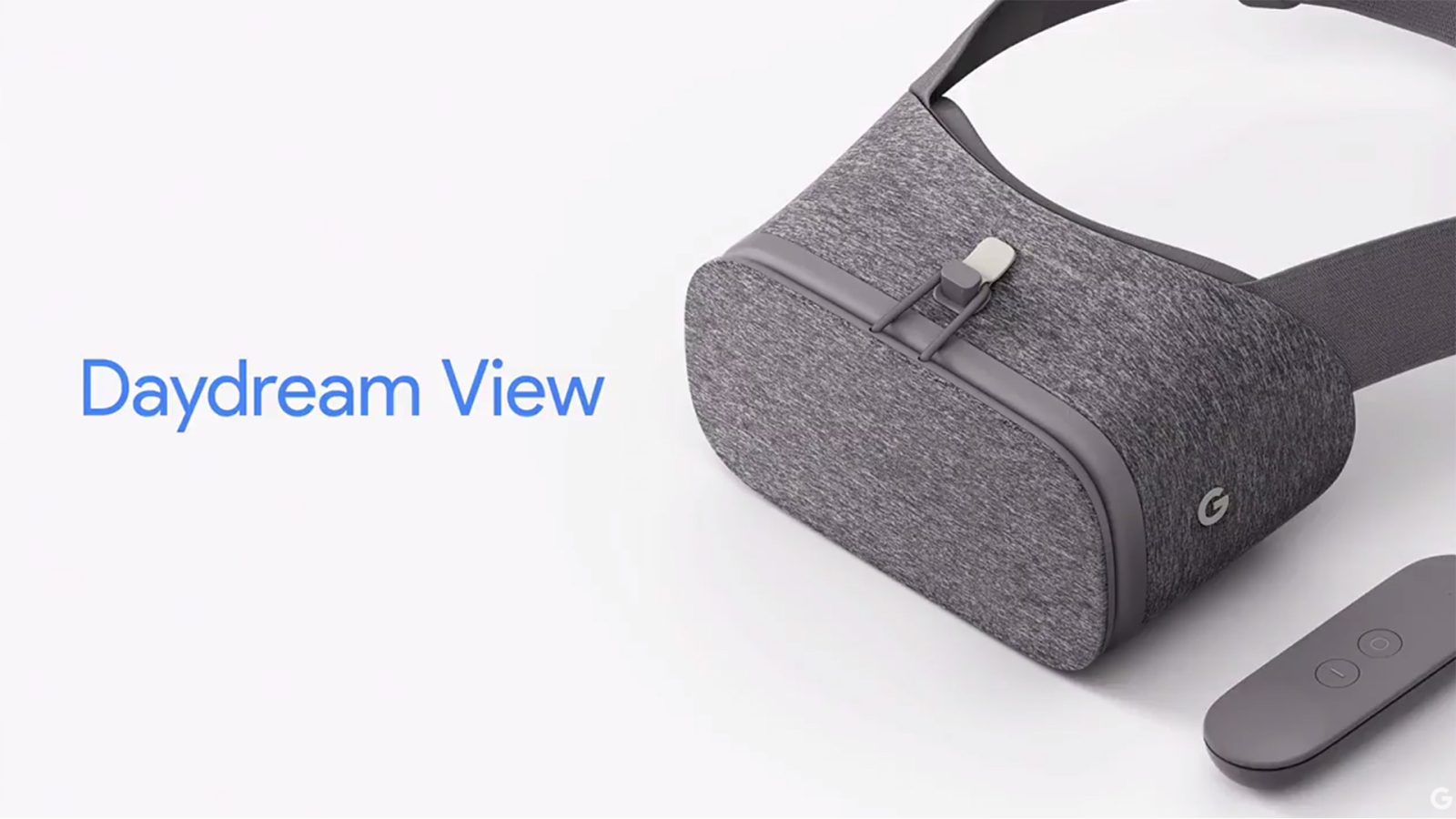 Google’s long rumored foray into virtual reality saw the company taking it relatively easy with its Cardboard efforts, but the company’s vision for VR goes much beyond that. In addition to Daydream, the VR platform announced back in May at its I/O conference, we now finally have an official announcement of its companion headset…

The first thing to remember is that Daydream View is specifically designed for mobile virtual reality, and therefore uses your phone as a display rather than having everything built in (like on the HTC Vive or Facebook’s Oculus). It will obviously be compatible with the just-announced Pixel and Pixel XL.

However, this does not mean that the phone’s sensors are everything the Daydream View relies on, as the bundled, dedicated controller will take care of precision movements; a bit like a Wii Remote. Google is in fact pushing VR gaming, alongside entertainment platforms like Netflix, YouTube and others, like Google’s own Street View, which features about 150 virtual tours such as India’s Taj Mahal or London’s Natural Science Museum.

As per price, Google has confirmed the rumored $79 price tag — alongside a November launch date —, which is nonetheless quite impressive, considering that for all the tech that’s built into it, it still manages to undercut things such as Samsung’s Gear VR by $20 (or more) — let alone the tethered, aforementioned headsets.

Google also seems to be focused on looks and feels a lot, considering this device a wearable by all means. Materials, like microfiber, have been carefully chosen, so to have a View that’s both good to look at and comfortable to sit on your head for extensive sessions. Colors have been confirmed to be Slate, Snow and Crimson, with the latter two coming at a later time.