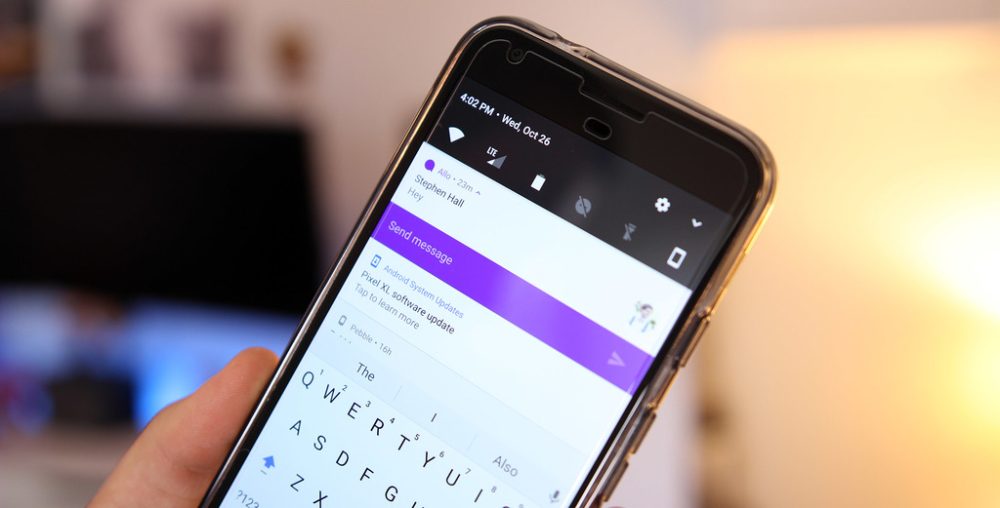 Allo was pretty bare bones when it first launched, but just as Google promised, the app is going to evolve over time to — hopefully — become a messaging client to compete with the likes of Facebook Messenger and even Google’s own apps like Hangouts. Today, the Mountain View company has pushed the first big update for Allo, version 2.0, which brings lots of oft-requested features…

Via Justin Uberti, the technical lead for Duo and the co-lead of Allo, we have the following change log:

This is a lot to unpack, but it’s basically everything that Allo should have shipped with out of the box. App shortcuts let you create a conversation by tapping and holding the icon from the home screen, Quick Reply lets you reply to messages from an Allo notification, multi-window mode obviously lets you use the app alongside another one in Android Nougat, and a11y is a new accessibility mode.

Umnetioned in Uberti’s provided change log, this update brings Android Wear support for those that are still wearing smartwatches. Just like with Google’s other messaging apps, the companion Android Wear Allo app lets you use your voice to reply or you can also reply with emojis by drawing them. It’s a pretty barebones app, but it’s nice to have either way — and it should have been there from the start.

But today’s update also brings some features under the hood that haven’t shown up yet in the app. Perhaps the most interesting of these is a new set of fun chat themes, which vary from “Pizza” to “Moon”.

Here’s a list of strings we found in our teardown evidencing the new feature (which we weren’t able to find ourselves using the new version of the app):

<string name=”theme_picker_explanation”>Mix it up. Swipe to find a new one.</string>

And here’s a full list of all the different themes we were able to find. There are seemingly 12 of them:

There’s also seemingly an option to quickly call Allo contacts via Duo in the works, but we couldn’t find a function in the app that lets you do that either:

Justin Uberti has confirmed today that this feature is indeed in the works.

We’re still digging around in this APK, and we’ll let you know if we find anything else…

Disclaimer: This teardown reveals code from this build of the Allo app, but that doesn’t necessarily mean that future versions of Allo will include these features. These are simply hints included in background that we’ve uncovered that represent what Google may be working on — nothing more.