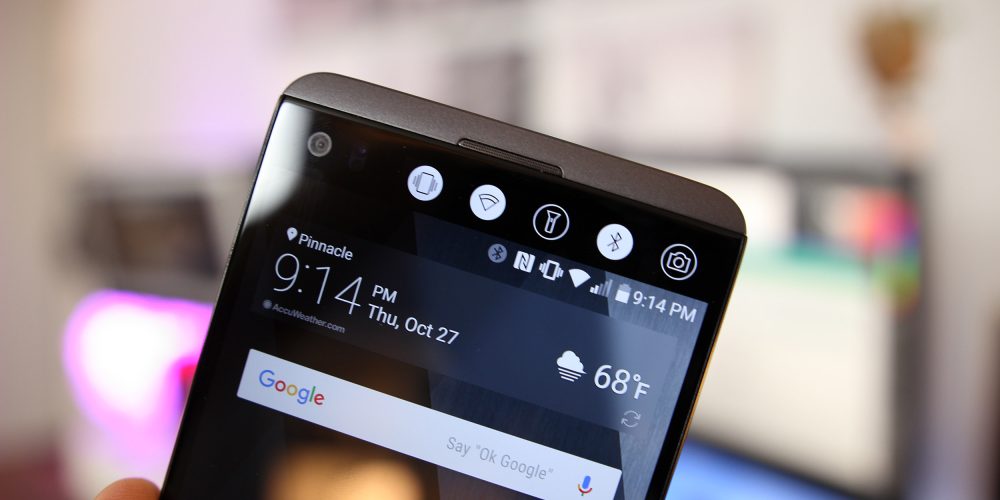 LG’s V series — including last year’s V10 and the recently-launched V20 — is known for many things, but perhaps the most notable is its secondary display. This “ticker” lets you do things like quickly switch between apps and toggle quick settings, and also serves as another way to personalize your device. If you like that feature, though, you’re in for some bad news. According to a tweet today from renowned leaker Evan Blass, LG is moving on from the “ticker” with the forthcoming LG V30…

This is the very first time we’ve heard anything about the LG V30, which isn’t likely going to launch until near the end of 2017 if LG sticks with their schedule. We know this little tidbit because Evan Blass seems to believe he has legitimate early renders of the phone on hand, which we’ll assumably see soon. It’s still very early in the product’s development, however, so it’s worth noting that just about anything could change before the phone launches.

“Who would believe that I have early renders of the V30? Silly, right?” Evan jokes on Twitter. “I will say this: adieu, ticker.”

The LG V20 only just launched in the United States at the end of October, but we’ve heard that it’s actually going pretty well — selling more than 200,000 units in the US since launch. While the V20 is a slight departure from the rugged look of the V10, it’s similarly capable. It packs a 5.7-inch QHD display, the Snapdragon 820, 4GB of RAM, 64GB of storage, and a dual-camera system on the rear. It also brings sturdy metal build and removable battery along with Android Nougat out of the box.

I will say this: adieu, ticker.

Language is just so important. Found it interesting that many publications mistranslated this as "ditching the secondary display." https://t.co/XIanpUGPz7