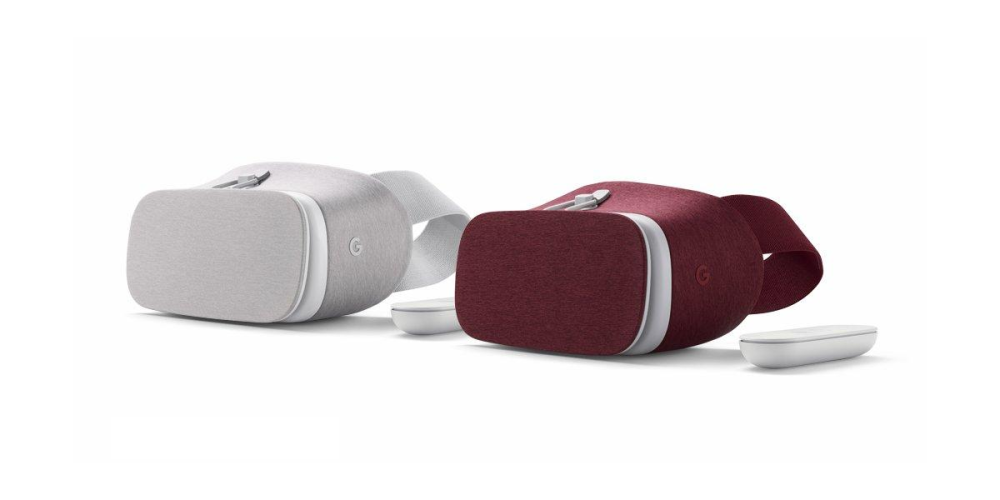 Google announced the Daydream View in three colors, but only had the Slate model available at launch. In time for the holidays and the end of year expiration date on the Pixel pre-order promotion, View is now available in Crimson and Snow.

Both of the new colors are muted like Slate, with Crimson being more wine colored than red. Even Snow is not pure white, but rather beige. The respective colors extend all around the device, including the head strap, but not to the white frame. The Daydream controller also matches that frame and comes in white instead of gray.

In our review, we applauded Daydream for offering a great casual VR experience and “game-changing” controller. The $79 package includes a wrist strap, but no USB-C cable to charge the controller.

Since launch, more apps and games have been announced for Daydream. HBO is currently working on a VR app that will let Go subscribers watch movies and TV shows when wearing the headset.

If you were waiting on the other colors before using the promo code that came with pre-ordering the Pixel or Pixel XL, now is the time, with promo codes expiring on December 31st.

Crimson and Snow are available now for pre-order in the US and UK Google Store. Both colors begin shipping next week on December 8th.