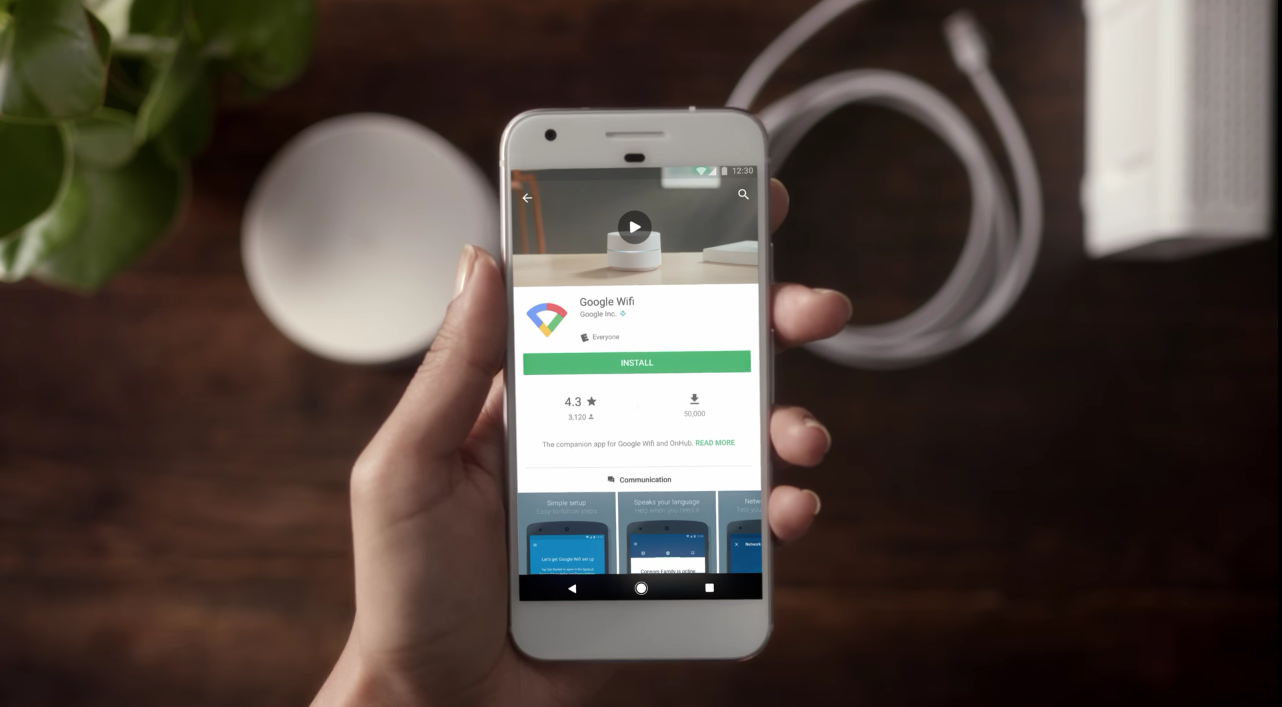 Ahead of Google Wifi units shipping out to buyers, Google has today released an update to the “Google On” app for Android which rebrands the app as “Google Wifi” and prepares it for use with Google’s latest routers.

The updated app doesn’t change much in terms of basic functionality, but it now allows users to set up Google Wifi units throughout their home along with managing Google’s previous OnHub routers. As detailed last month, the app makes it ridiculously easy to set up, not just one Google Wifi unit, but up to three throughout the home.

The app also gets a fresh coat of paint, pulling in some lighter color tones and a new icon for the launcher. Google has also slightly reorganized the app to bring the primary functions to the forefront through three tabs. Support for Wifi Pause is also included, allowing users to temporarily disable internet access on a custom schedule on a device by device basis.

Google Wifi is rolling out now via Google Play, or you can sideload the APK. Google Wifi units should be shipping out within the next few days.