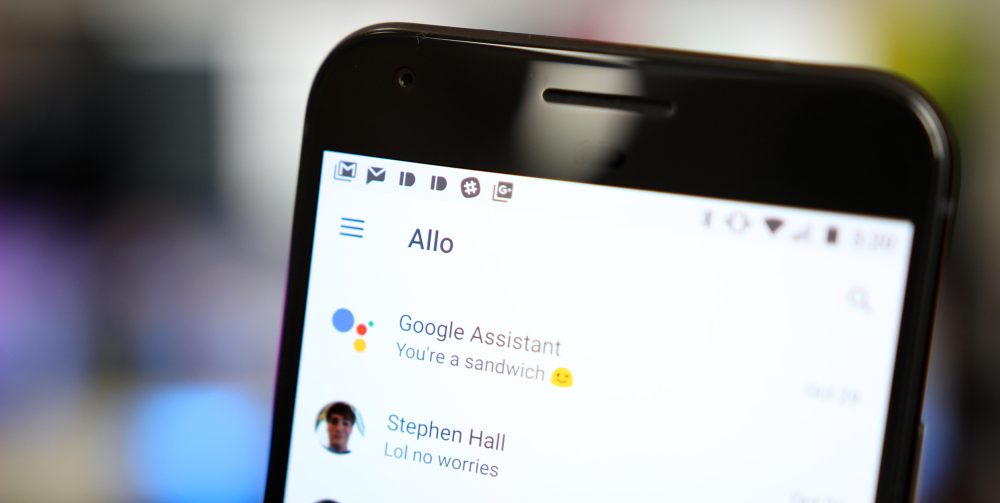 While Allo is intended to be Google’s new consumer messaging solution, Google Assistant is the real star of the app. Following its launch in September and several updates that introduced major features, Allo is adding support for Brazilian Portuguese and Hindi.

To activate and set the new languages, you can type “Talk to me in Hindi” or “Talk to me in Portuguese” when chatting with the Assistant in Allo. Additionally, users could adjust device language settings.

Besides chatting to Google Assistant in your desired language, Smart Reply is now available for Brazilian, Portuguese, and Hindi. Smart Replies will automatically recognize the new language and will begin to populate suggested responses. In addition to today’s language update, there are new local stickers for Brazil:

Lastly, we’ve added new local stickers for Brazil in Google Allo. Illustrator Daniel Semanas covers a typical day at the beach with “Mari by the Sea,” while Florence Dagostini brings slang words to life with everyday objects in “There, I Said It.” Additional stickers focus on Brazilian food, gamer culture, and city life.

Allo adoption has been flat since launch, but of those users, Google notes that one out of every 12 messages in a group chat is to Assistant. Additionally, more than half of people on Allo use Smart Reply. With suport for English and German at launch, Assistant and Smart Reply in Allo now supports four languages.

The update is rolling out over the next few days in Google Allo for Android and iOS. More languages will be coming soon to Assistant and Smart Reply over time.