Google says next-generation ReCaptcha coming, where you don’t even have to tick a box 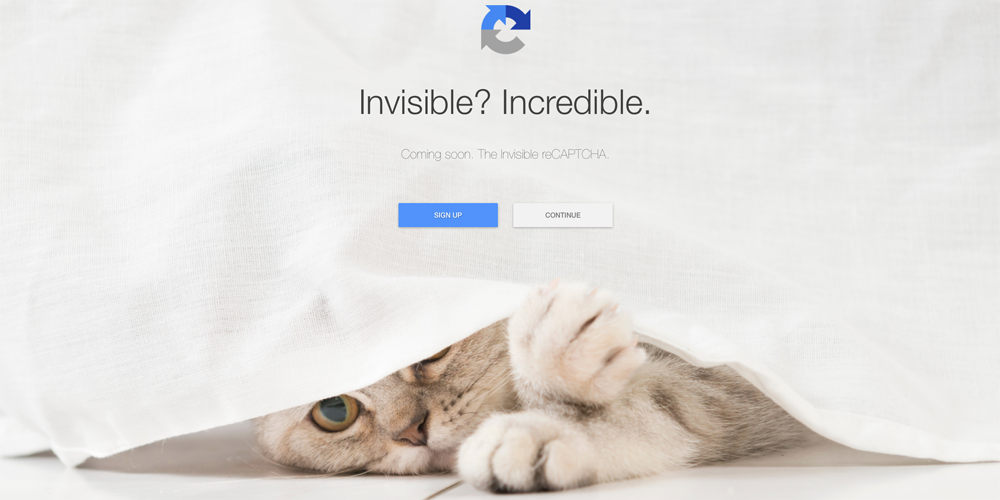 Google is teasing a next-generation ReCaptcha algorithm for websites to tell real visitors from bots which it promises will require no user interaction at all. The new system will be called Invisible ReCaptcha.

The earliest Captcha systems – an ancroynm for Completely Automated Public Turing test to tell Computers and Humans Apart – were  one of the biggest annoyances on the web, requiring users to figure out numbers from messy graphics. Switching instead to simple additions was an improvement but still a nuisance, before Google raised the bar with a system where all we had to do was tick a box …

The tickbox approach – known as No Captcha ReCaptcha – used pointer movements and timings to figure out whether the box was being ticked by a person or a bot, but Invisible ReCaptcha takes things a step further and doesn’t even need a tickbox.

CNET says Google hasn’t yet revealed any details of how the new system will work, but it seems likely it will use a similar approach to the existing system, where pointer movements and other behavioural data are used to identify real people. It isn’t yet clear whether kittens will pass the test.