Lenovo Phab2 Pro Review: Tango is impressive and awesome, but this device isn’t for everyone [Video] 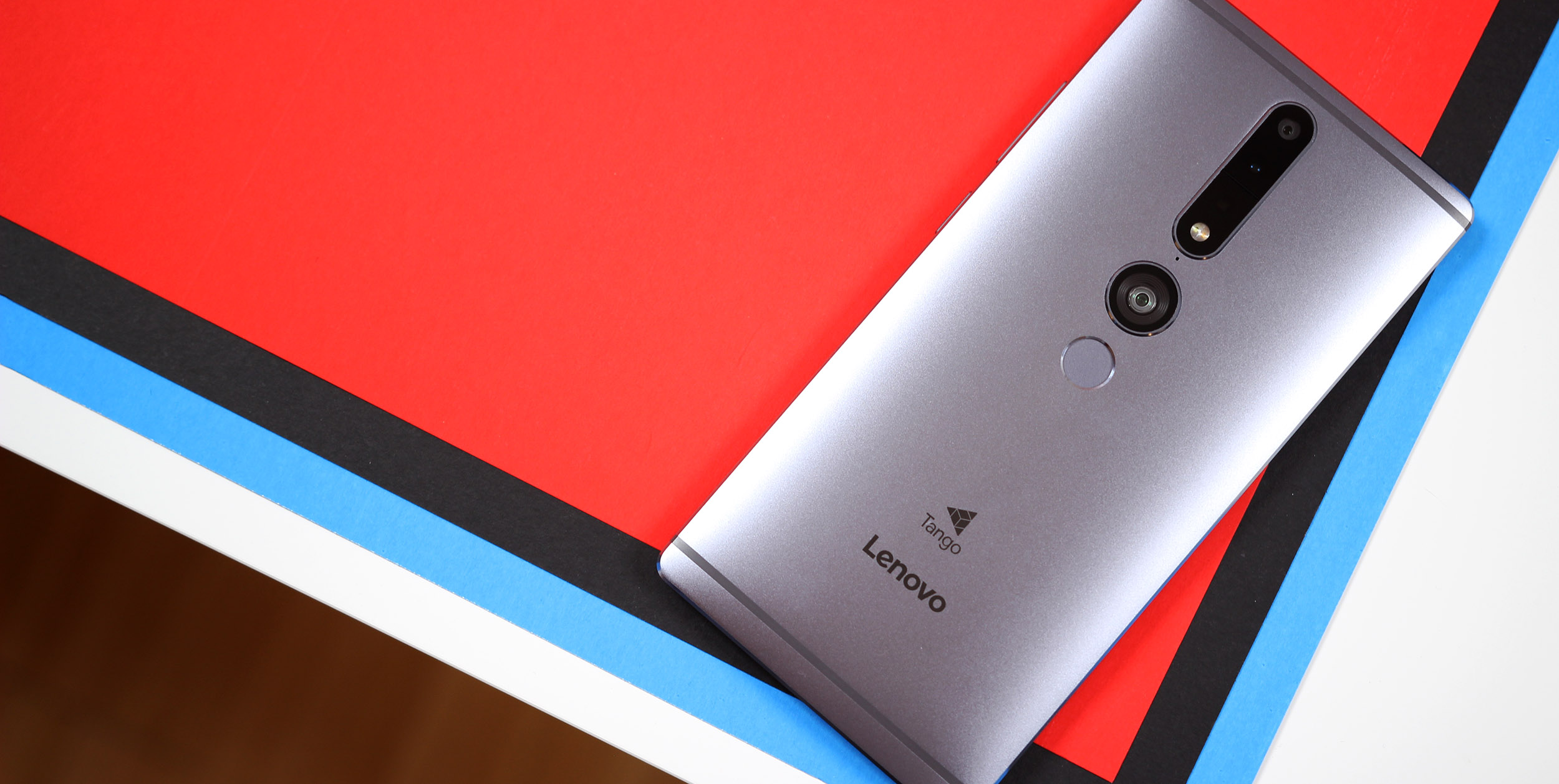 A few years ago when Google announced Project Tango, it was something impressive, allowing our devices to see the world around us with detail they never could before. However, it felt like something so futuristic that we’d never see it. Then, Google released a 7-inch Tango developer kit to show off the tech. It was cool, but expensive and not at all aimed at consumers.

Then, in early 2016, Google and Lenovo announced plans to release the world’s first consumer device running Tango, and needless to say, we were pretty excited.

Now, that device is here ─ the Lenovo Phab2 Pro. I’ve been using this giant, powerful, impressive phone for the past several days, so let’s answer the question, who should actually buy it?

We’re going to break down this review into two parts. First, how the Phab 2 Pro works as what it is, a phone. Then, there’s Tango, but we’ll get into that.

The Phab 2 Pro As A Phone

First of all, hardware. Lenovo has done a fantastic job building the Phab 2 Pro as a phone, offering a well-crafted unibody aluminum body which looks good and feels extremely premium. The back of the device is ever so slightly curved which makes the monstrous size just a little more manageable. The Phab 2 Pro is also fairly thick, but I didn’t really mind that considering the overall size of the device.

Further, it’s actually impressive just how compact this device is given the amount of sensors packed inside and the massive 6.4-inch display (even though it is just a tad taller than I would have hoped). If you’re considering this phone, you definitely need to know you’re basically buying a tablet, but if you don’t mind that, this is a fantastic piece of engineering. 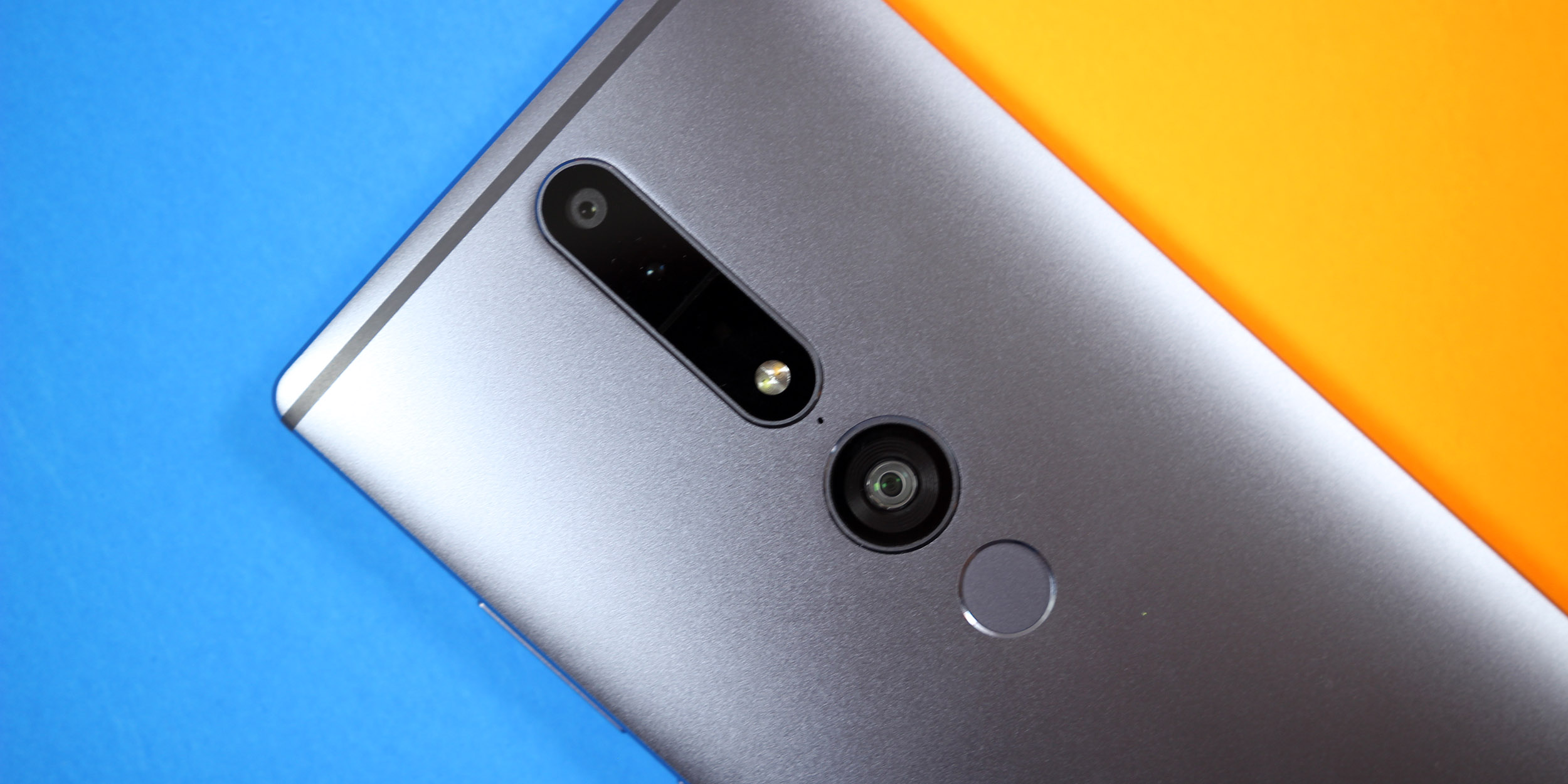 Then, there’s that massive display. At 6.4-inches with a Quad HD resolution, the display looks pretty good and is still sharp. My main complaint comes from the lower brightness, as it can be a little difficult to see the display outdoors, which isn’t great for some of the available Tango apps.

Inside, the Phab 2 Pro is running on top of a customized version of the Snapdragon 652 chipset, 4GB of RAM, 64GB of storage, and Android Marshmallow. That package easily handles general phone tasks and even most game play without a hitch, but Lenovo’s software skin doesn’t help matters in the slightest. The skin is riddled with bugs, inconsistencies, and glaring issues such as the notification shade which, well, basically doesn’t work since you can’t read anything. I definitely can’t call this the worst software layer I’ve ever tried, but it needs some serious work. Things are unstable and just using this phone as a phone, I ran into too many bugs to count.

Further, the software doesn’t really do anything to take advantage of the massive display. There’s no multi-window, no “minimize” feature to make the size easier to use, and no one-handed optimizations for apps like the keyboard or dialer. 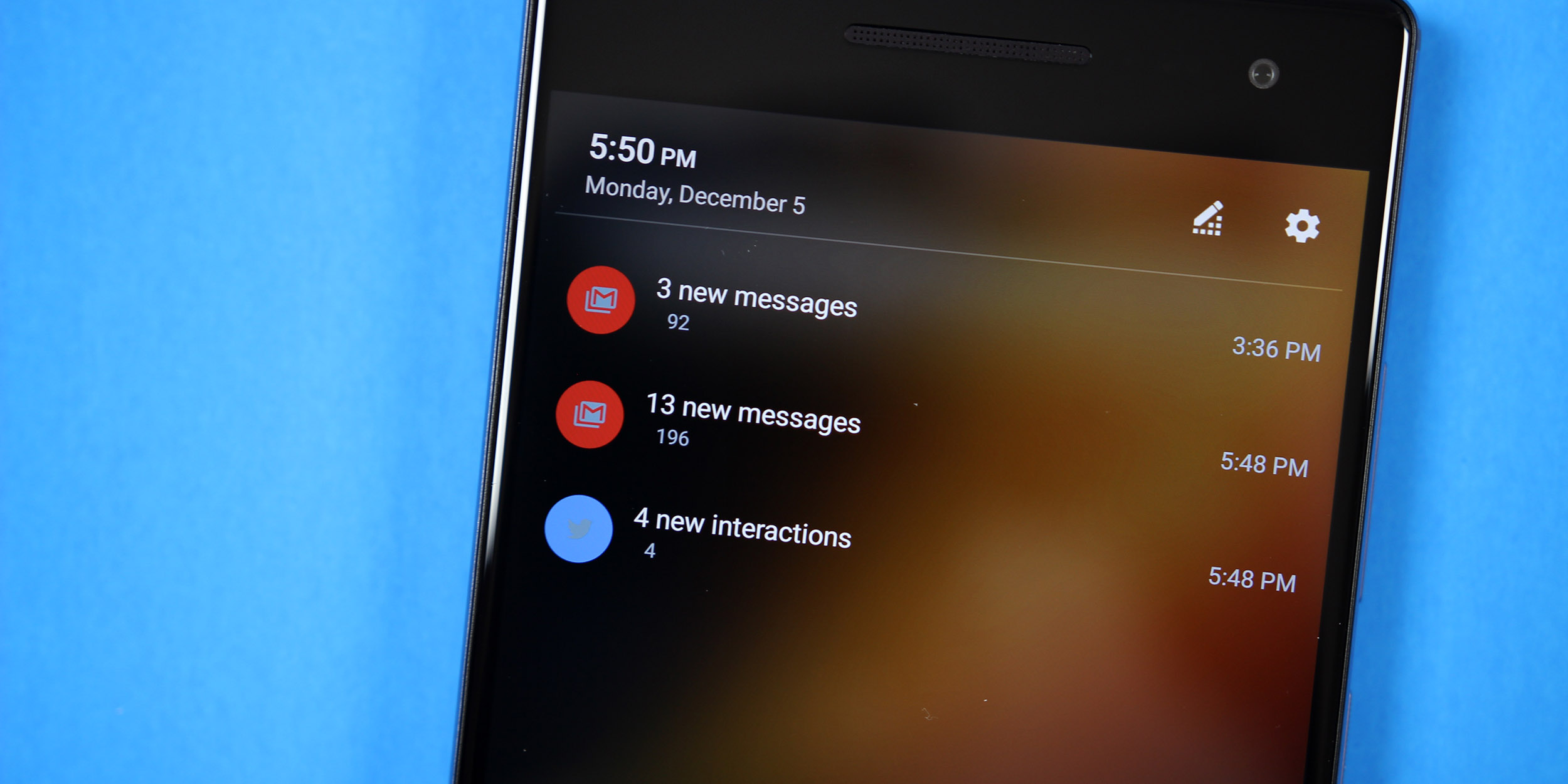 As for little things, most of it is pretty decent. The speakers are good, the camera is fine overall, even if the app is pretty slow and clunky, and the fingerprint sensor on the back works well, although I wish it was placed a bit higher as I end up placing my finger on the camera by mistake quite often. Signal strength on T-Mobile was also good over my testing period. One slight gripe is the lack of NFC, which is a bit baffling for a phone at this price point.

Battery life on the Phab 2 Pro was relatively good, but not as good as I’d hoped. Lenovo opted to include a 4,050 mAh battery which is great, but considering the size, I would have expected something more. That said, the phone easily lasted through a full day’s usage, if not more, even with heavy usage. It also would have been nice if Lenovo had upgraded to USB-C from microUSB, but that’s definitely not a deal-breaker. 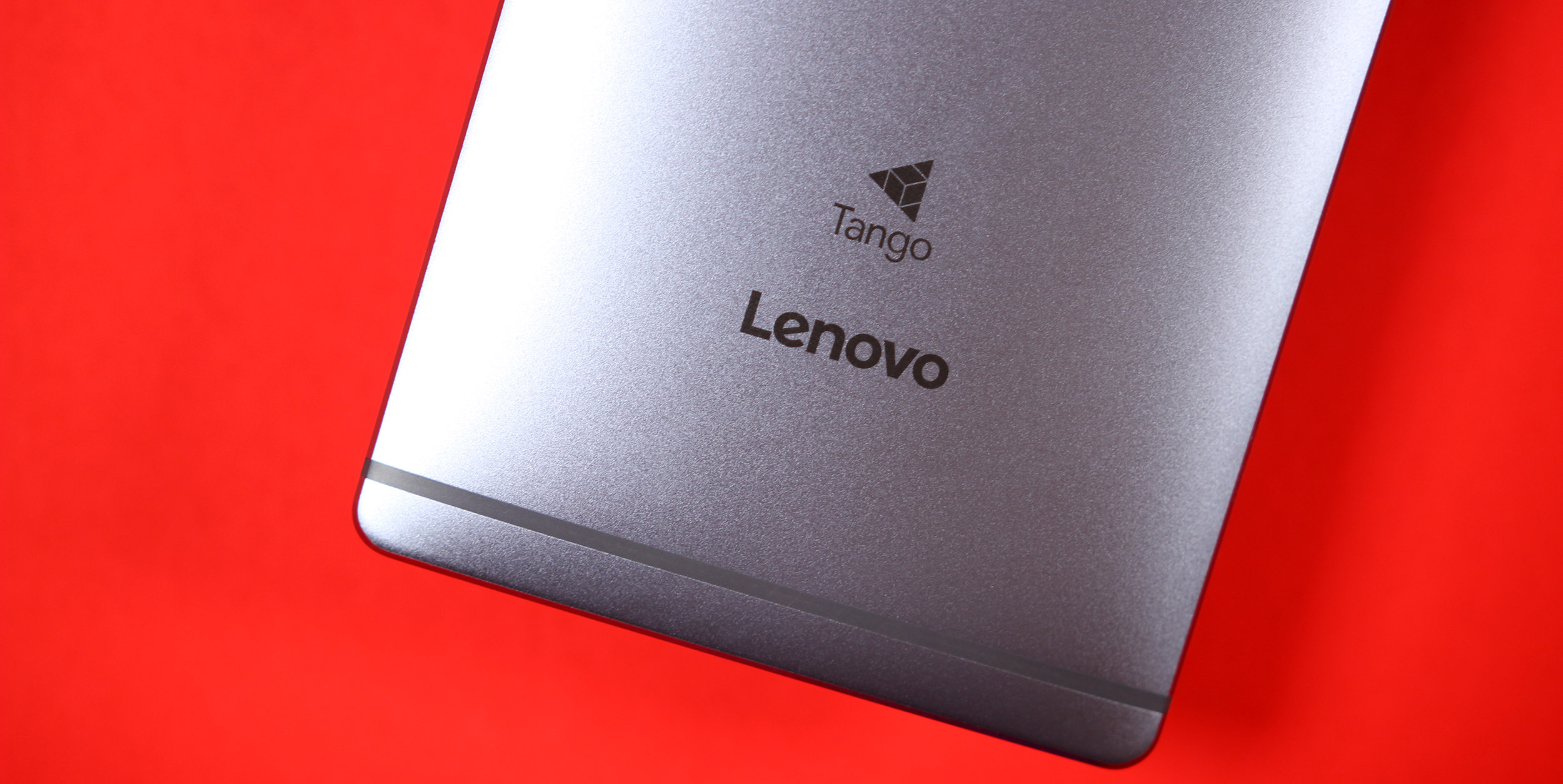 Seeing The World Around You

With all of that said, let’s talk about the main attraction — Google Tango. With a plethora of sensors on the back of the phone, the Phab 2 Pro is the first “consumer-ready” device to use Tango, formerly known as Project Tango. That means that this device sees the world in a different way compared to your average smartphone, and that’s to say, it actually does see the world around you. Using those sensors the Phab 2 Pro can identify walls, floors, distance, depth, and see the world just like you do.

What does that mean for you? A few things. First and likely the most well known, Tango can measure the world around you down to the inch. The included “Measure” app allows you to use the Phab 2 Pro to measure objects or distances straight from the phone, and it works pretty well, most of the time. In my testing, I found that measuring distances was fairly accurate for the most part, but sometimes the system wouldn’t work quite right and be off significantly, in one case by nearly 6 inches. Other apps use Tango’s “eyes” to map the area, such as “Signal Mapper” which lets you map your home and create a wifi signal map to figure out which areas of your home may be plagued by poor signal performance. 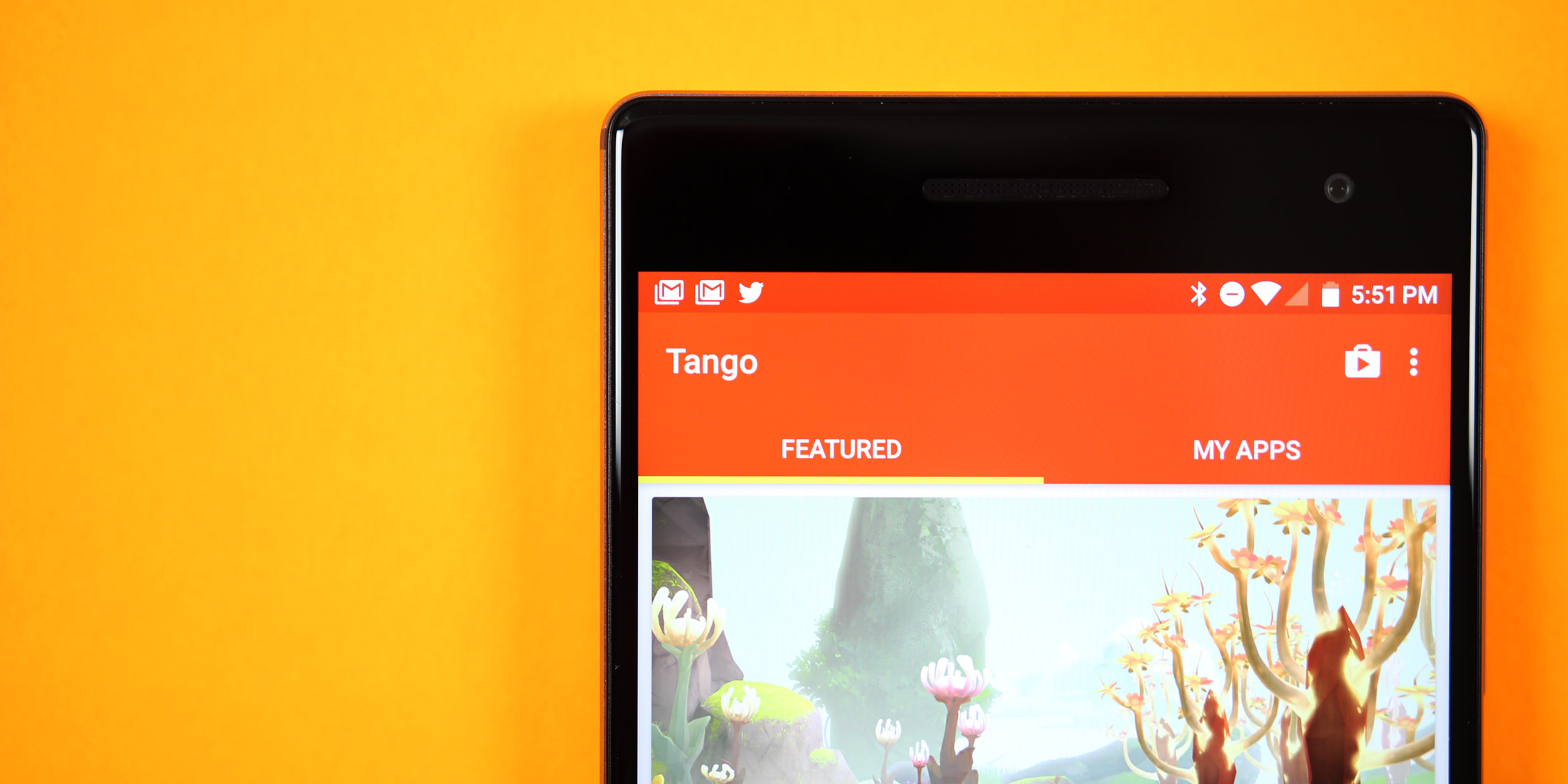 However, the real area where Tango shines is in augmented reality. The concept of AR is well-known worldwide thanks to the insane popularity of Pokémon GO, but that game only scratches the surface. Most smartphones use a loose form of AR that just places down objects or characters in a fixed place on screen, which can lead to some interesting and hilarious bugs. With the Phab 2 Pro, however, apps can see the difference between surfaces and place objects accordingly, and even show them to you in life size. Some apps like Lowe’s Vision and Wayfair View use that ability to place furniture in your room to give you an idea of how it will look and fit in that location. This is a real selling point for the Phab 2 Pro, and it really shows just how useful Tango could be in everyday life.

Games are another big use for AR, and there are already several apps that take advantage of that. Games like Domino World, PHANTOGEIST, Dinosaurs Among Us, and Fury of the Gods all offer fun, engaging AR experiences that play remarkably well and, again, help prove just how useful Tango could be in everyday life.

Here’s the thing, as impressive as Tango may be and as fantastic as it would be to have for everyday life, it’s not there yet. In fact, I’d say it’s not even close. The Lenovo Phab 2 Pro is the first step down a fairly long road for Google Tango, but during my entire time using the phone, I couldn’t help but feel like I was still using a device that wasn’t done. A huge portion of that is due to the software, but even Tango doesn’t feel quite ready for consumers yet, and it won’t until Lenovo or someone else figures out how to get this same functionality into a smaller, more consumer-friendly package. It looks like we might be getting a Moto Mod that brings Tango to the Moto Z family, and honestly, that feels like a far better way to adopt Tango than the Phab 2 Pro. 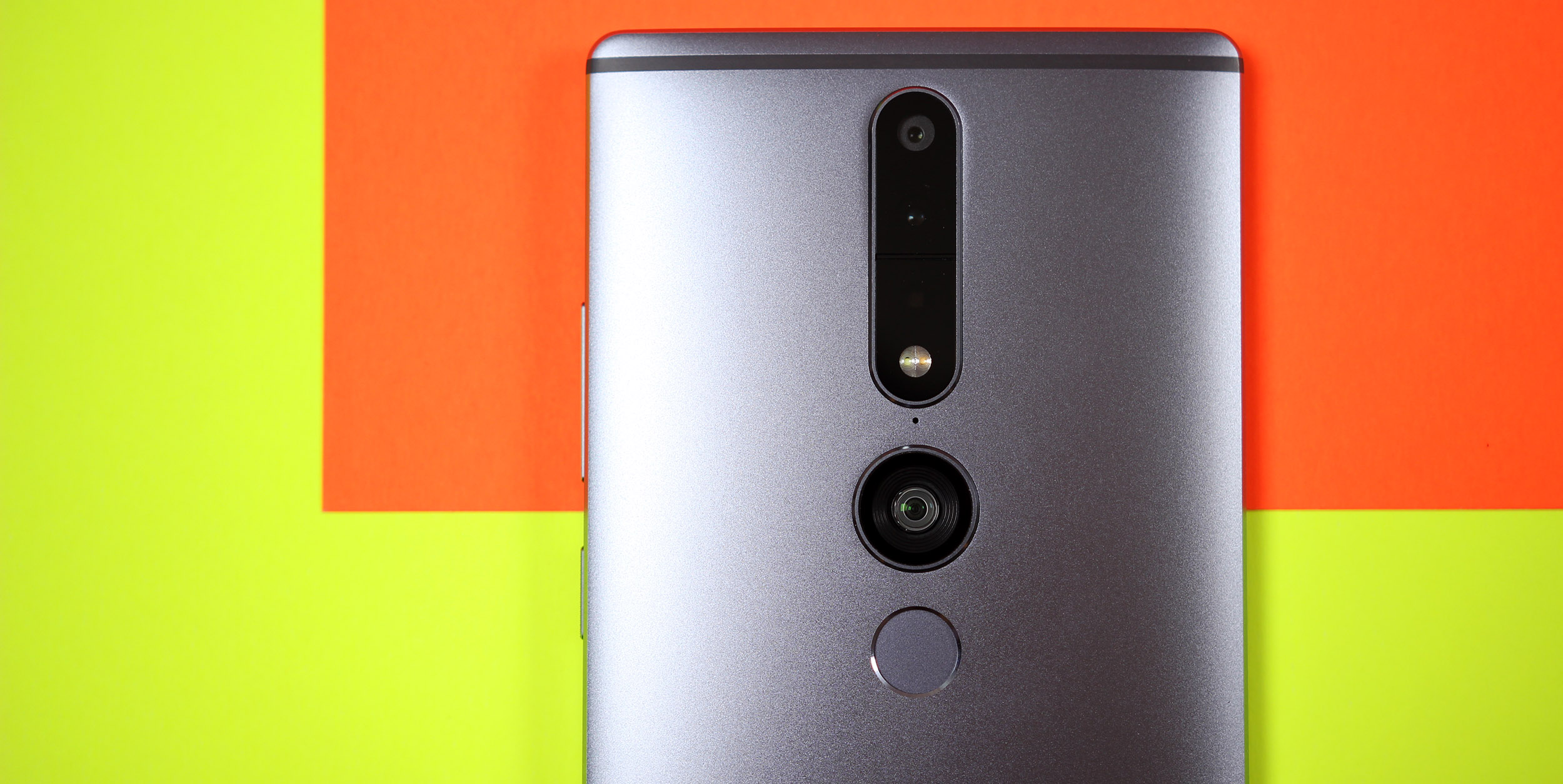 If you want a big phone that really only exists for one purpose, the Phab 2 Pro is a pretty good phone, and it’s actually a decent value at $500. However, if you just like the idea of Tango, but still want a more mainstream phone, you’ll have to wait for that Moto Mod, or for someone else to take a stab at Tango hardware. If you are interested in picking up the Phab 2 Pro, it’s available right now from Lenovo and Lowe’s, and it’s coming soon to other retailers such as B&HPhoto.